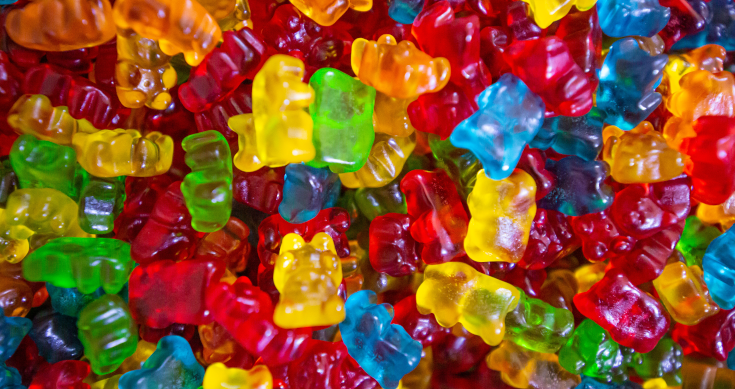 While shares have had a nice rebound from their January lows helped in part by some good earnings news – reversing around half of their 10% or so fall, concerns remain high around inflation, monetary tightening and the high risk of a Russian invasion of Ukraine. Our assessment remains that it’s too early to say we have seen the lows, but we remain of the view that January’s falls are not the start of major bear market.

Very simply there are 3 types of significant share market falls:

I first saw the terms “gummy bear” and “grizzly bear” applied by stockbroker Credit Suisse several years ago and find them to be a good way to conceptualise bear markets. Grizzly bears maul investors but gummy bears eventually leave a nicer taste (like the lollies). As we pointed out a couple of weeks ago in “Share market falls – seven things for investors to keep in mind”, corrections are quite normal and healthy as they enable the sharemarket to let off steam and not get too overheated. Excluding the present episode, since 2011 there have been roughly seven corrections and three gummy bear markets (2011, 2015-16 and 2020) in Australian shares.

The next table shows bear markets in Australian shares since 1900. The first column shows bear markets, the second shows the duration of their falls and the third shows the size of the falls. The fourth shows the percentage change in share prices 12 months after the initial 20% decline. The fifth shows whether they are associated with a recession in the US and/or Australia. The final column shows the 1-year rebound from the low. 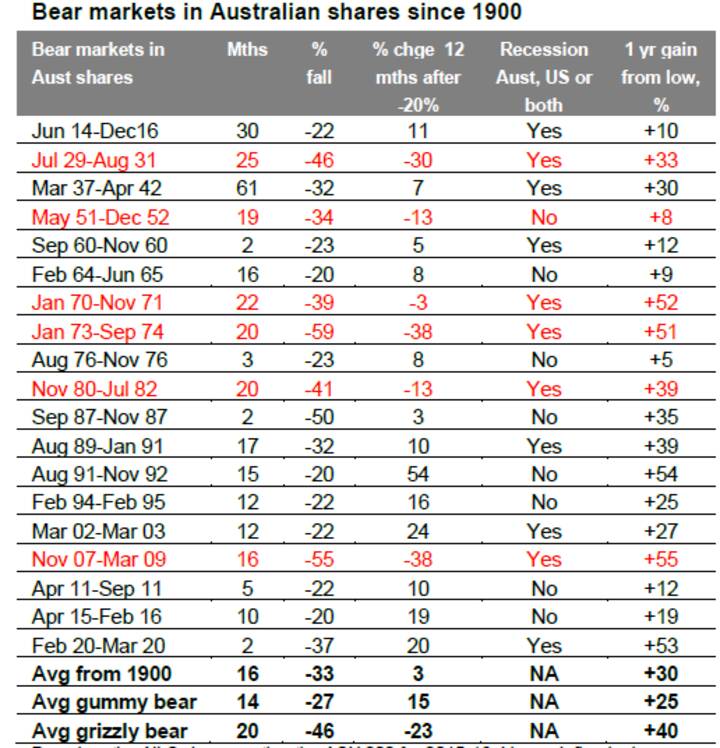 Based on the All Ords, excepting the ASX 200 for 2015-16. I have defined a bear market as a 20% or greater fall in shares that is not fully reversed within 12 months. Source: ASX, Bloomberg, AMP 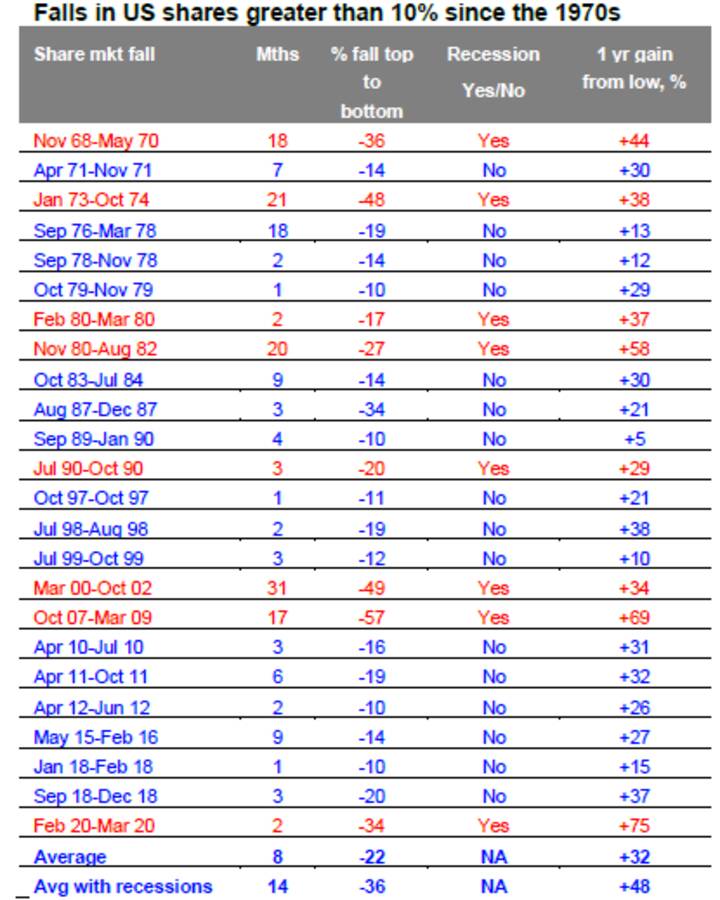 Falls associated with recessions are in red. Source: Bloomberg, AMP

So, whether a recession is imminent, particularly in the US, is critical in terms of whether we will see a major bear market.

Our assessment is that, short of an external shock – a Russian invasion of Ukraine driving much higher European gas prices or a more deadly covid wave are the main risks here – a US, global and/or Australian recession is not imminent. Short term forecasting is fraught with difficulty, but right now, while inflation and worries about monetary tightening are concerning, it seems premature to expect a recession: 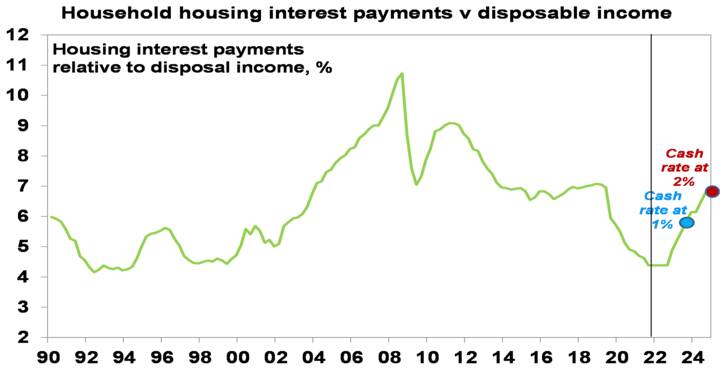 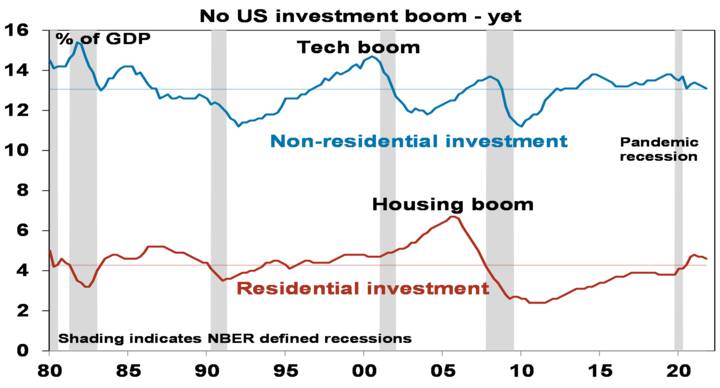 Global growth is likely to slow this year but to a still strong 4.5%, with Australian growth also around 4.5%, despite the Omicron wave resulting in a brief set back in the March quarter. So, it’s unlikely the falls in shares in January are the start of a grizzly bear market. That said, shares could still fall further in the short term, before resuming the bull market.