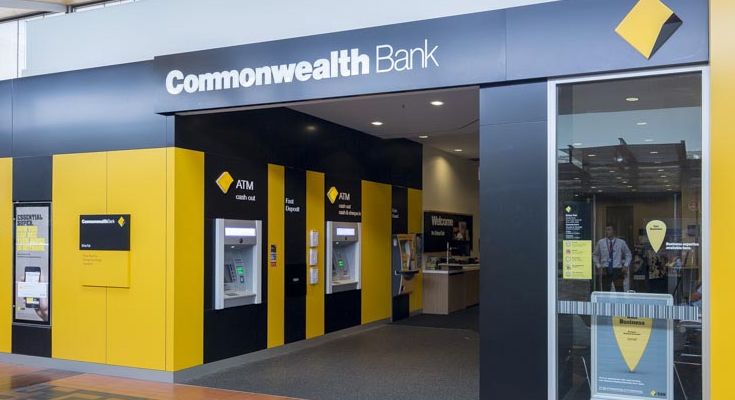 Shares in the Commonwealth Bank saw a strong bounce yesterday in the wake of the better-than-expected interim earnings, higher dividend and a new share buyback.

The shares rose more than 5%, taking them back to within sight of the $100 mark they traded at a month ago.

They ended the day up 5.5% at $99.56 as investors ignored the negative of a contraction in the CBA’s net interest margin (NIM) – something it has shared with rival banks like Westpac and the ANZ. The shares touched a day’s high of $99.89.

The National Australia Bank is due to release its December quarter trading update this morning (Thursday) and analysts will be looking for signs of margin compression and the bank’s performance in the home lending market after the CBA showed faster than system growth in the six months to December.

From the strong share price performance and analyst reaction, it is clear the CBA under CEO Matt Comyn has pushed further ahead of its rivals, even if its NIM has contracted.

The further $2 billion to be returned to investors in the buyback after 2020’s $6 billion has reinforced the gap between the bank and its rivals.

But while the CBA benefited from market share gains in home lending and business financing especially, the biggest boost came from lower provisions for bad debts.

The CBA’s expense for impaired loans plunged by $957 million compared with last year – to a benefit of $75 million in the latest half as Covid-linked provisions for bad debts were higher (as a precaution, not because of the fact of a surge in bad debts).

With the fall of $957 in the December half year, the bank could get a similar sized benefit from lower provisions this half, taking the total boost to earnings to between $1.8 and $2 billion.

That will be a considerable benefit that won’t become clear until the June 30 full year results are reported in August.

The one-off nature of these lower provisions should be kept in mind as investors look to hop back on the CBA share price express after this result.

Operationally in the six months to December, its mortgage loan book grew at 1.2 times the industry average, while its business loan portfolio grew at 1.7 times. Both are clear positives.

CEO Matt Comyn was upbeat on the economy, drawing attention to the fall in unemployment to its lowest level since 2008, and re-iterating the bank’s view that official interest rates were likely to start rising this year.

However the CBA still expects the pressure on margins to continue in the second half of the financial year and that could end up as a more important recurring problem for the bank and its peers than one off benefit from lower bad debt provisions and their write backs.