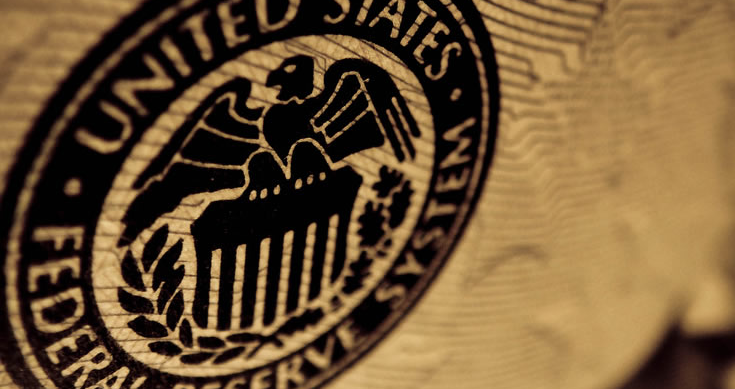 US markets will get what they have demanded – a rate rise from the Federal Reserve at its March meeting.

In the usual post meeting statement at the end of the first meeting for 2022, the Fed signalled its intention to raise interest rates in March which will be the first increase since 2018.

“With inflation well above 2 percent and a strong labour market, the Committee expects it will soon be appropriate to raise the target range for the federal funds rate,” the Federal Open Market Committee statement said. The Fed does not have a meeting in February (the Committee meets every six weeks).

In a separate statement the central bank indicated that it would begin shrinking its balance sheet after hiking rates, which would be a further tightening of monetary policy and one many greedy traders had hoped would not happen so soon.

At first the statement and its predictable contents had little impact on markets with Wall Street maintaining the pre-announcement gains, bond yields edging higher and gold fell after statement, increasing its loss for the day from around $US36 an ounce (at around $US1,816 an ounce in afterhours trading).

But by the close a different complexion for markets as Fed chair Jay Powell told a media conference the central bank had plenty of room to raise rates.

ASX futures showed a small 26-point fall at the close which is a sort of relief after big falls earlier in the week.

Oil prices topped $US90 a barrel for the first time sinc 2014, underlining the continuing upward pressure on inflation across the glove (and how powerless central banks are in trying to corral it).

Brent futures added more than 2% at one point to hit a high of $US90.47 per barrel for the first time since October 2014. However, Brent pulled back slightly in afternoon trading, ultimately settling 2% higher at $US89.96 a barrel.

The committee said the central bank’s monthly bond-buying will proceed at just $US30 billion in February, indicating that program could end in March – at the same time that rates increase.

Powell told the media conference that the asset purchases indeed likely will end in March which will not be appreciated by markets that have feasted on ple tiful, cheap money for the past two years.

The commitment is a follow up to the change in approach from the central bank to concentrating on inflation and not on just helping support the economy as it struggles to break free of the Covid omicron variant.

The committee further noted that the balance sheet reduction would happen after rate hikes start and would be “in a predictable manner” by adjusting how much of the bank’s proceeds from its bond holdings would be reinvested and how much would be allowed to roll off (mature).

“The Committee is prepared to adjust any of the details of its approach to reducing the size of the balance sheet in light of economic and financial developments,” the statement said.

“Supply and demand imbalances related to the pandemic and the reopening of the economy have continued to contribute to elevated levels of inflation,” the main post meeting statement read.

“Overall financial conditions remain accommodative, in part reflecting policy measures to support the economy and the flow of credit to U.S. households and businesses.

“The path of the economy continues to depend on the course of the virus. Progress on vaccinations and an easing of supply constraints are expected to support continued gains in economic activity and employment as well as a reduction in inflation.

“Risks to the economic outlook remain, including from new variants of the virus.”

The statement was approved without dissent.