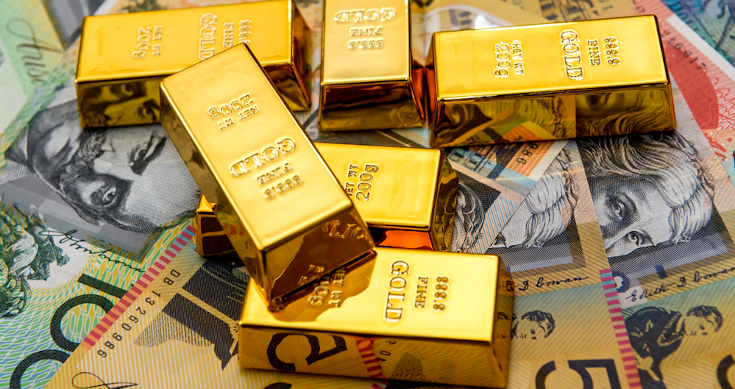 Investors should look anew at Newcrest Mining’s Havieron gold / copper prospect in the Eastern Pilbara of WA, the potential of which to be a major find looks to have improved following the latest end of year exploration update.

The latest exploration efforts at the Havieron have earned Newcrest another 10% interest in the project and suggests a sharp upgrading in the size of its inferred copper and gold resource of 52 million tonnes.

Newcrest is now entitled to a 70% stake in Havieron and could earn another 5% with more drilling in coming months.

It would seem from the update that while the Red Chris mine and prospect in Canada is emerging as a top-class prospect, Havieron’s potential as a world class gold mine has risen sharply with the strong results from the latest drilling.

Along with the rich Brucejack mine owned by Pretium Resources which Newcrest is buying for $A3.7 billion, Havieron size looks certain to be expanded significantly in the next reserves update in 2022.

It was a year ago that Newcrest produced the first inferred reserves figure for Havieron which is shaping up as a major underground mining operation.

Newcrest said in the update in December, 2020 that the inferred reserve figure was “52 million tonnes @ 2.0 grams to the tonne of Au (gold) and 0.31% CU (copper) for 3.4 million ounces of gold and 160,000 tonnes of copper (Cu). The deposits were in two areas – 18 million tonnes on the area known as the Crescent Zone and 34 million tonnes in the Breccia Zone.

Newcrest said growth drilling continues to show potential for resource additions outside of the existing Inferred Mineral Resource limits, including:

In the latest end of year exploration update (which also included encouraging results from the Red Chris mine in Canada) Newcrest’s drilling campaign seems to be extending the size of the deposit in width and depth at Havieron.

Newcrest CEO Sandeep Biwas said in the update that at Havieron, “our exploration is now totally focused on growth which has continued to demonstrate potential for resource additions outside of the existing Inferred Mineral Resource limits.

Newcrest operates the project with UK group, Greatland Gold and it is clear from the latest drilling results that with 19 of 24 recent drill holes producing significant mineralisation, the prospect is moving up the scale of quality.

Being just 45 kilometres from Newcrest’s Telfer mine, there is no doubt that Newcrest will be announcing a step up in development work after the box decline at Havieron started earlier this year, is completed.

Newcrest obviously rates Havieron because when the box cut decline was started in may it had a 40% stake in the prospect – now it is heading for 75%.

Newcrest said it has so far completed a total of 219,561 metres of drilling from 266 drill holes since commencing exploration activity at Havieron, not including any holes in progress, abandoned holes or drill holes yet to be sampled.

In the area known as South East Crescent, growth drilling on 75-metre by 75-metre spacing has extended the mineralisation 250 metres below the initial inferred mineral resource estimate.

“Drilling continues to assess the depth extents of the South East Crescent which now has a vertical extent of over 900 metres, Newcrest said.

“The assay results for initial drilling into these targets is pending. Drilling continues to test these and other targets outside of the main Havieron deposit” Newcrest said.

“The Joint Venture Agreement includes tolling principles reflecting the intention of the parties that, subject to a successful exploration program, Feasibility Study and a positive decision to mine, the resulting joint venture mineralised material will be processed at Telfer,” the update revealed.

This means that investors will soon hear more on the size of the known deposit and give a first idea of what’s in the new areas.

Meanwhile the company says it has been given approval to further expand the processing capacity of its Cadia gold mine in central western New South Wales, with repairs to its tailings storage also signed off by the state Department of Planning, Industry & Environment (DPIE).

Work has started on both stages of the expansion with completion due September, 2022.

The expansion is expected to boost production intensity by about 90% per cent as PC1-2 accounts for about 20% of Cadia’s current ore reserves.

The modification to Cadia’s operations also involves the revised footprint and repair of a slumped section at its Northern Tailings Storage Facility (NTSF).

Newcrest will also transition its Southern Tailings Storage Facility from an upstream design to a centreline lift design.

While the government has approved the modification, Newcrest stated the approval contained several caveats.

“The modification is subject to conditions, including Newcrest commissioning an independent audit report to the satisfaction of the DPIE secretary in relation to Newcrest’s approach to managing and minimising the off-site air quality impacts of the project,” the company stated.

Newcrest is currently designing the remediation of the NTSF and expects the final project to cost less than $100 million.