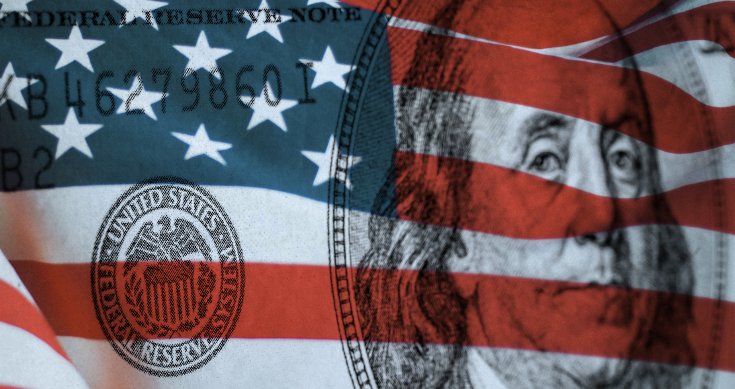 The US Federal Reserve has made a dramatic change to its monetary policy – much more dramatic than any forecaster had predicted.

At the end of its final two-day meeting for 2021, the Fed officials indicated they expected to raise interest rates at least three times in 2022 in a move squarely aimed at handling the impact of persistently high inflation.

The US central bank also slashed its bond-buying purchases by twice as much as they had announced at the last meeting in early November, a pace that would put them on track to end the program altogether in March.

In new economic projections released after the final meeting for 2021, Fed officials forecast that inflation would run at 2.6% next year, compared to the 2.2% projected in the September forecasts, and the unemployment rate would fall to 3.5% – near if not exceeding full employment.

The current US jobless rate was 4.2% in November.

As a result, the so-called ‘dot plot’ projected the Fed’s key overnight interest rate would need to rise from its current 0%-0.25% level to 0.90% by the end of next year.

That implies at least three rate rises next year and one early in 2223.

US economists say that would be near but not more than levels that would start restricting growth.

As well, dropped from the post meeting statement was any reference to inflation as “transitory,” with the Fed now acknowledging that price increases had exceeded its 2% target “for some time.”

The Fed is in effect ’normalising’ monetary policy at a far quicker rate than anyone had envisaged, a move that will end the free money boom for financial markets and very possibly see a slew of deals and other transactions come under pressure.

The news saw Wall Street rally from cautious losses before the announcement just after 6am Sydney time (2pm Wednesday, New York Time) to rises across the board. Gold dipped a touch, oil rose a touch and the US dollar eased (sending the Aussie dollar further above 71 US cents).

The reason for the sharp turnaround? The Fed has provided certainty and a timeline for the market to chew over and get busy earning the big bucks in making forecasts about when rates will rise.

The initial guess… sorry, forecast from financial futures market is next May – around two months after the end of the bond buying.

Fed Chair Jay Powell told a post-meeting news conference that a “strengthening labor market and elevated inflation pressures” prompted the central bank to speed up the reductions in asset purchases.

“Economic developments and changes in the outlook warrant this evolution,” Mr. Powell said. He noted that supply chain disruptions have been larger and lasted longer than expected and said price pressures will likely continue well into next year.

In its post meeting statement, the Fed said “With inflation having exceeded 2 percent for some time, the committee expects it will be appropriate to maintain this target range until labor market conditions have reached levels consistent with the committee’s assessments of maximum employment.”

US consumer prices climbed rose an annual 6.8% in November, the quickest growth since 1982. Producer prices jumped more than 9% in the year to November as well.

Mr. Powell said that a quicker conclusion to bond-buying will better position the Fed to react to a range of possible economic outcomes.

“The economy is so much stronger now,” Mr. Powell said, asked if there would be a big gap between when bond buying ended and when rate increases began. “There wouldn’t be the need for that kind of long delay.”

The Fed lifted its 2022 GDP forecast to 4.0% from the 3.8% estimated in its September quarter forecasts.