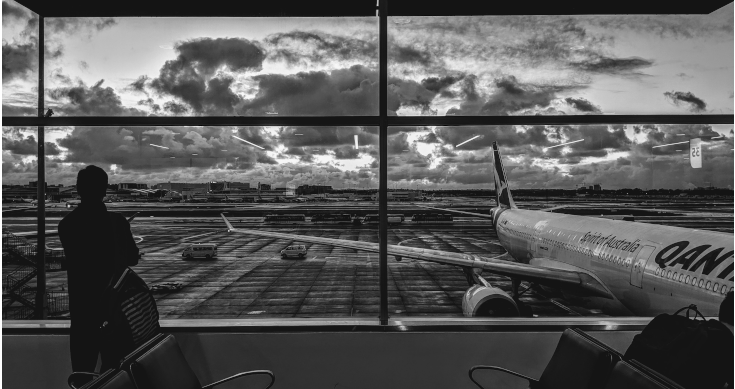 Qantas has warned of what it calls a “significant loss” of more than $1.1 billion for the December half as its recovering international business has been hit by the rise in Covid omicron numbers around the world.

Without then Qantas said the underlying EBITDA (earnings before interest, tax, depreciation and amortisation) loss for the December half will be “in the range of $250 million to $300 million.”

The airline said in a trading update that Omicron variant of COVID-19 has impacted demand for international travel just as it was recovering with more people being encouraged to travel overseas as border restrictions ease.

But now it had seen a “significant drop in booking momentum due to the news of the Omicron variant and the additional quarantine restrictions imposed.”

But Qantas also said that there had been strong demand for domestic travel during the key Christmas period.

Both Qantas and Jetstar airlines have seen significant levels of bookings across the Christmas and holiday period, but both saw Omicron made a dent in booking demand during late November.

“The news of the Omicron variant had a clear impact on people’s confidence to book international trips in particular, but we haven’t seen large numbers of cancellations,” Mr Joyce said, adding that Australia’s high vaccination levels would help manage uncertainty.

As well its freight business (which has continued through the two years of lockdowns with a lot of government support) is on track for a record year.

In its update released to the ASX on Thursday, Qantas said that assuming no further lockdowns or significant travel restrictions, it expects to lose more than $1.1 billion in the first half, including non-cash depreciation and amortisation costs.

“This has been one of the worst halves of the entire pandemic, where most states had their borders closed and the majority of Australians were in lockdown,” chief executive Alan Joyce said in the statement.

Planning for its recovery, Qantas has placed an order for 134 new Airbus jets over the next ten years in what it says will be the biggest aircraft order in Australian history.

The financing of that planned purchase has been helped by the recent $804 million sale of prime land a near Sydney Airport and a rise in bookings after dates for the opening of Australia’s domestic and international borders were announced saw the airline on track to cut net debt to about $5.65 billion by the end of December.

“Liquidity levels continue to remain strong and are forecast to be approximately $4.2 billion by the end of the current half. This includes cash of $2.6 billion and $1.6 billion of undrawn debt facilities. The Group has maintained its Baa2 investment grade credit rating,” Qantas said in the statement.

“Domestic demand has started to pick up again and we’re expecting a strong performance over the Christmas period and continued strength into early next year as more restrictions ease.”

The return to India had seen Qantas enjoy “are some of the fastest selling (of seats) Qantas has ever had, with virtually all flights in December full.”

Qantas expects local competition to pick up in the second half of the 2022 financial year from Virgin and Rex, but said it is well placed to respond to the demand.