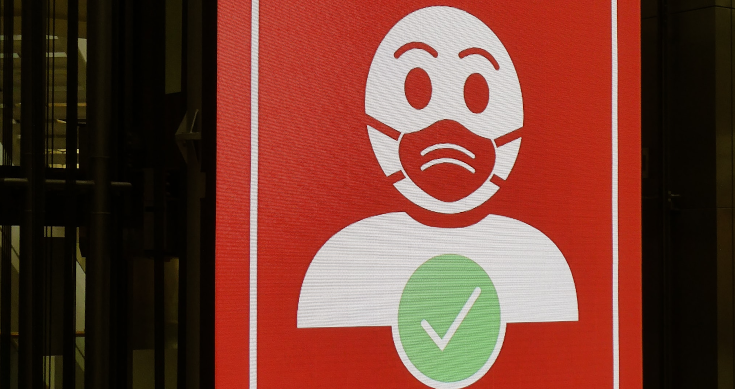 As Covid case numbers rebound across the country – especially in NSW and South Australia – we are getting constant reminders of the continuing dangers from the virus.

These warnings are a wakeup call for the country and business in the end of year-early new year period when holidaying and a lack of any restrictions (except for some requirements on mask use in some places) that could very well see Covid in its various forms easily damage the strong rebound in the economy.

The strength of that rebound was confirmed yesterday by the massive rise in new jobs for November of 366,000 and the drop in the jobless rate to 4.6%.

And it’s not just those in a work environment or local or international travellers who are at risk – we all are, as the fate of Australian cricket test captain Pat Cummins attests.

He was ruled out of the day night second Ashes test in Adelaide as we also saw warnings from two leading financial figures – Reserve Bank Governor, Philip Lowe and ANZ Bank CEO Shayne Elliott and Qantas CEO Alan Joyce who revealed that the new variant had already hit the airline’s growing international bookings.

While expressing a belief that the economy will power through, RBA Governor Philip Lowe and the ANZ CEO Shayne Elliott both said the dangers to the recovery next year from the virus cannot be ignored.

Pat Cummins was eating at an Adelaide restaurant on Wednesday night and according to media reports on Thursday, a person at a nearby table was later found to be suffering from Covid.

Cricket Australia released a statement confirming the news that the fast bowler was out of the test, but also said they expected Cummins to be available for the Melbourne test on Boxing Day.

In his speech, Dr Lowe said he remains confident of a strong 2022 fuelled by consumers unleashing $200billion in savings that will buoy spending and drive down unemployment.

Dr Lowe, speaking in the southern NSW regional city of Wagga Wagga on Thursday, said the economy was in recovery mode following the setback of the September quarter, when economic growth shrank nearly 2% due to COVID-related lockdowns in NSW, Victoria and the ACT.

He said with lockdowns ending, spending was bouncing back quickly, especially on services. That would be driven by the billions in savings accrued by households during the past two years, with the only substantial risk the new Omicron variant.

“The Omicron outbreak does, though, represent a downside risk and it is difficult to know how things will develop from here,” he said.

“But we do expect the positive momentum in the economy to be maintained through the summer, underpinned by the opening up of the economy, the high rates of vaccination, significant fiscal and monetary support, and the strengthening of household and business balance sheets over the past year or so.

“Provided people have the ability to spend – and the confidence to do so – these additional savings will support strong growth in consumption over coming months.”

The bank is expecting unemployment to fall to 4.25% by the end of next year and to just 4% by the end of 2023. These are slightly more optimistic than the forecasts to be released in the federal government’s mid year economic update released on Thursday afternoon.

Delivering his opening remarks at the bank’s AGM, Mr Elliott said the pandemic had created ongoing challenges and uncertainties.

“Hopefully high community vaccination rates will contribute to a rebound in summer trading and deliver a substantial economic bounce in the coming months.

“And while the initial damage of COVID has receded, and life is slowly getting back to normal, the emergence of the Omicron variant in the last couple of weeks is an important reminder that unpredictable challenges remain.

“There are also COVID-induced labour shortages and supply chain bottlenecks with which we will all need to contend with.”

And Qantas CEO Joyce said in a briefing yesterday for the company’s end of year update that the emergence of the Omicron variant of COVID-19 had already impacted demand for international travel.

Mr Joyce said that while the airline was enjoying a strong rise in domestic business as state borders re-open, the same cannot be said for the international outlook.

Qantas said it saw a “significant drop in booking momentum due to the news of the Omicron variant and the additional quarantine restrictions imposed.”