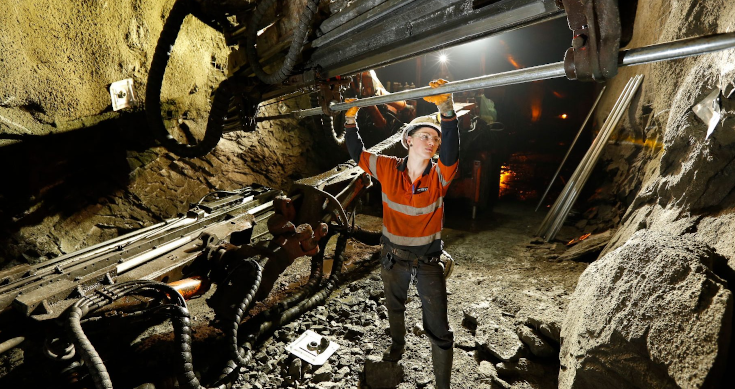 IGO will pay $1.1 billion in cash for nickel miner Western Areas, thereby confirming one of the worst kept secrets in the mining industry this year.

IGO will pay $3.36 per Western Areas share, a 4% premium on Wednesday’s close but a 36% jump from August 2021 when news of the potential deal first leaked.

The bid has the agreement of the Western Areas board and is another part of IGO’s exit from gold towards metals needed for large-scale electrification.

Now it has lined up nickel, as has BHP and perhaps Andrew Forrest’s Wyloo Metals which has a stake in Western Areas and is battling BHP for control of Canadian nickel explorer, Noront Resources.

But punters and hedge funds reckon Twiggy Forrest might try to frustrate the deal.

Does this mean Wyloo will try to compete with IGO for control of Western Areas? Wyloo picked up a 5.3% stake in Western Areas two days after the news of IGO’s interest leaked out.

That is now 6.29% according to a substantial shareholding notice filed on December 6.

The market suspects it might – Western Areas shares ended at $3.42, 6 cents above the IGO price. Now that is the usual collection of bid chasers and punters among the day traders and hedge funds, but the longer the share price remains over the $3.36 offer, the more likely a counter play from Wyloo. IGO’s shares rose 1.4% to $10.78.

To frustrate IGO, Wyloo and Forrest will have to spend to get to a blocking stake of 10.01% (which would prevent compulsory acquisition.

IGO CEO Peter Bradford said the acquisition of was a logical consolidation within the WA nickel sector and a step towards IGO becoming a globally relevant supplier of metals supporting the energy transition.

“This acquisition, together with our existing world class Nova nickel-copper-cobalt operation, will consolidate our position as Australia’s leading independent nickel producer.”

Mr Bradford spoke of “potential downstream optionality that this transaction brings” referring to speculation that IGO may build its own nickel sulphide plant to supply battery manufacturers, rather than supply feedstock to BHP’s newly-opened facility.

IGO will finance the purchase with $900 million of new debt and $272 million in cash. IGO’s major diversification saw it take a big stake in the old Greenbushes mine and processing facilities a year ago in a deal that saw it bailout the heavily indebted Chinese lithium group, Tianqi.

IGO/Tianqi control 51% of Greenbushes, which is the world’s biggest lithium mine with US giant Albermarle owning the other 49%. In effect IGO owns 25% of the Greenbushes operation which cost it $1.9 billion.

The Western Areas board has unanimously backed the deal, which will be put to a shareholder vote in April 2022.