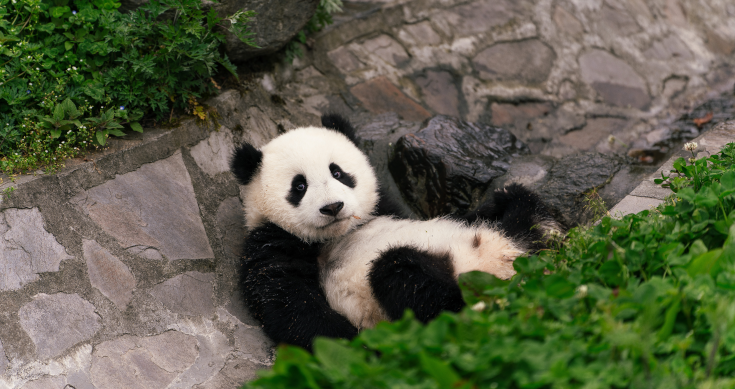 It’s clear now that China’s economy is being shaken by a weak housing sector as investment and prices slide, dragging down activity elsewhere.

The final part of China’s November economic data dump yesterday showed another weakening in investment and retail sales but a small gain for industrial production.

The weak data help explain why the Chinese government has reversed itself, intervening in the past fortnight to support the economy with actions and some money rather than words and administrative actions and punishments.

The government has taken control of the slowly imploding property giant, Evergrande, pumped nearly $US190 billion into the financial system yesterday through a reserve ratio release, to allow banks to repay tens of billions of dollars back to the central bank in medium term loans and promised to ‘front load’ measures with the aim of stabilising the economy, property and the country as a whole.

At the same time the power panic from late September through November is still impacting activity and sentiment with steel production down more than 20% year on year – a big negative for Australia and activity elsewhere under pressure, along with weak household consumption.

On top of all this China is being hit daily with pinprick outbreaks of Covid which is sparking small lockdowns and mass testing. So far just one case of omicron has been reported – on Monday night at an airport in Tianjin southeast of Beijing.

Housing though was again hard hit for yet another month with another slowdown in the pace of activity as new house prices slid at the largest rate in six to seven years in November.

China’s property investment slowed to a 6.0% growth rate in January-November from the 7.25 rate in the first 10 months of the year, according to the country’s National Bureau of Statistics.

Growth in property sales by floor area almost halved to a 4.8% rate in January-November from the same period in 2020, compared with growth of 7.3% in the first 10 months.

New construction starts measured by floor area fell 9.1% during January-November from a year earlier, steeper than the worrying7.7% slide in the 10 months to October.

The NBS data showed that funds raised by China’s property developers grew 7.2% year-on-year in the January-November period slowing from the 8.8% in the first 10 months of the year.

This was the weakest rise in new home prices since January 2016, amid growing concerns about property default woes and tighter policies aimed at driving speculators out of the property market.

Residential property sales and the area of newly started residential housing dropped about 20% from November, 2020, as did production of property-linked commodities such as cement and steel.

Overall, China’s fixed-asset investment slowed to an annual 5.2% rate in the 11 months to November, down sharply from the already weak 6.1% in the 10 months to October. Led by the slide in housing activity, both public and private investment slowed.

This was the softest pace of growth since August, with consumption moderating amid widespread COVID-19 outbreaks.

From January to November, retail sales jumped 13.7% compared to the same period of 2020 because of strong rises in earlier months.

A small positive was the slight rise in industrial production in November of 3.8%, accelerating from October’s 3.5% annual rate.

It was the strongest growth in industrial output since August, despite curbs to control COVID-19 outbreaks and supply shortages. For the first eleven months of the year, industrial production grew 10.1%.

The NBS said in a statement: The international environment is increasingly complex and grim and there are still many constraints on the domestic economic recovery.”

We must “combine the cross-cyclical and counter-cyclical macro policy adjustments so as to stabilise the overall macro economy.”

The use of the word ’stabilise’ is important.

And in the usual monthly analysis of China’s economic performance the National Australia Bank’s economics team was downbeat, writing on Wednesday evening:

“Following on from weakness in October, there was little sign of improvement in underlying economic conditions in November – despite reports that electricity shortages have eased.

“Reflecting this, we have trimmed our economic growth forecast for 2021 to 8.0% (from 8.3% previously), while our forecast for 2022 is unchanged at 6.0% (albeit we expect marginally weaker conditions at the start of the year to be offset by stronger growth at the end).”