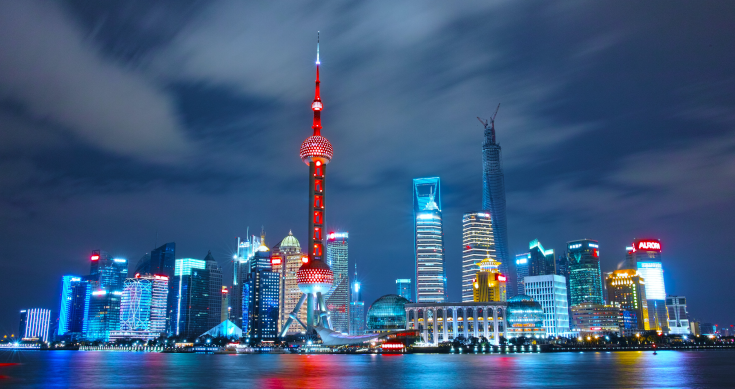 The stuttering Chinese economy and property sector in particular has forced the country’s central bank to cut its reserve requirement for banks for a second time this year to try and help boost activity and allow businesses deal with rampant producer price inflation.

The release came hours after the Hong Kong stockmarket fell to a 14-month low as shares in the stricken property developer Evergrande plunged 20% after it revealed it had received a demand to repay well over $US280 million.

China’s central bank said late Monday night that it would cut the amount of cash that banks must hold as reserves to release more long-term liquidity to bolster slowing economic growth.

The People’s Bank of China said in a statement that it would cut banks’ reserve requirement ratio by 0.5 percentage point, which will bring the weighted average RRR level for the whole banking system to 8.4%.

But unlike the cut in July, the latest reduction doesn’t apply across the board – it won’t apply to county-level rural lenders whose RRR stands at 5%, the central bank added.

The central bank made it clear it would direct how the money was to be lent.

Some of the funds released will be used to repay matured medium-term lending facility loans, according to PBOC which also said that it will guide financial institutions to actively use the released funds to step up support for the real economy, especially small firms.

The cut will release an estimated $US188 billion for banks to lend to mostly small and medium businesses. It takes the total amount released this year to well over $US355 billion, for not much gain.

The cut came well after Hong Kong’s Hang Seng index tumbled about 1.76% to close at 23,349.38, as tech stocks slid on the news that the Didi ride sharing service would delist from US exchanges and transfer to Hong Kong. Didi has been under enormous pressure from the Chinese government and the Communist Party over its decision to lift in the US and try keep data on its business offshore.

The Hang Seng closed at a 14-month low on Monday, battered lower by the crackdown on democracy and the tightening of mainland control over the city and its previously freewheeling ways.

The cut in the RRR has been long forecast and came ahead of the release of November trade data today and the November consumer and producer price inflation report tomorrow.

China’s politburo, a top-decision making body of the ruling Communist Party, said on Monday that it would keep economic operations within reasonable range in 2022, and will promote the healthy development of the property sector, Xinhua news agency said.

What will be watched closely is any sign the funds released by the reserves release make their way to China’s struggling property developers, especially the huge Evergrande.

Evergrande warned last Friday in a filing with the Hong Kong exchange that it has received a demand to repay about $US260 million.

“In the event that the Group is unable to meet its guarantee obligations or certain other financial obligations, it may lead to creditors demanding acceleration of repayment,” it said.

After meeting the last few interest payments at the eleventh hour, the firm faces another grace period deadline on debt payments of $US82.5 million.

It’s no wonder Evergrande shares plunged 20% on the Hong Kong Exchange on Monday, closing at a record low of $HK1.82.

Chinese authorities said on Friday they would step in and oversee risk management at the company. Evergrande has a $US83 million interest payment grace period due to expire on Monday. (The’s the 30 extra days to make a payment after it first fell due). The reserves release would help the developer meet that payment.