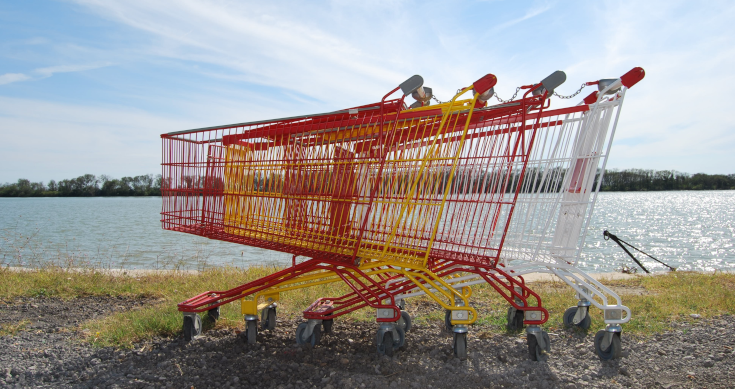 Shares in Australian Pharmaceutical Industries (ASX: API) soared more than 16% on Thursday to a high of $1.74 after Woolworths (ASX: WOW) crashed Wesfarmers’ attempt to take control of the company.

That’s more than Wesfarmers’ $1.55 a share offer, which the Bunnings owner proposed in July and started a brief a bidding war for API, with fellow pharmacy operator Sigma who then retired from the field after Wesfarmers grabbed a stake in API.

Woolies also said it was prepared to settle at 50.1% if Wesfarmers rejected the price for the more than 19% stake in API that it grabbed from long time holder, Washington H Soul Pattinson.

API were up 16.3% and its erstwhile bidder, Sigma Healthcare saw its shares rose nearly 4% to 53 cents as traders speculated that the loser of the Wesfarmers-Woolies clash might go for the owner of a number of pharmacy chains including Guardian and Amcal.

Sigma could be changed from hunter to prey.

But they might meet the likes of Coles, Woolies’ bitter rival (and formerly owned by Wesfarmers) which won’t want to let Woolies get too big a foothold in a sector these giants have long aspired to dominate.

Metcash might be another supermarket-based group interest with its hardware and liquor businesses already doing well, along with the IGA chain of small to medium supermarkets.

And NZ-based Ebos might also put its hand up – it controls a number of chains, led by the Brisbane based Terry White Chemmart as well as Pharmacy Choice.

Ebos also controls Symbion a national wholesaler of healthcare services and products with over 4000 retail pharmacy customers and 1300 hospital customers across Australia.

And then there’s the biggest player of them all – Chemist Warehouse, a mixture of company owned and franchised outlets across the country and jealous of its dominance.

Woolies’ bid is bound to raise the hackles of independent chemists and the Australian Pharmacy Guild which has, for years, opposed the supermarket giants like Woolies and Coles getting into their turf.

Woolworths’ proposal is non-binding and subject to due diligence and regulatory approval.

In an attempt to head off opposition from the Guild, Woolies CEO Brad Banducci said in the statement the retailer would continue to support the community pharmacy model, and pitched the growth potential for both businesses as part of a potential merger.

“If successful, we will continue to support API’s community pharmacy partners to deliver better experiences for both customers and pharmacists,” he said.

Meanwhile, Coles has joined its larger rival in the crosshairs of the key wage regulator which claims the company has massively underestimated the amount it short-changed workers by and in fact owes them more than $108 million.

The Fair Work Ombudsman (FWO) announced on Thursday it had started legal action, claiming Coles had underpaid 7,500 salaried employees a total of $115 million between January 2017 and March 2020, because it worked staff for more hours than they were formally paid for.

The FWO claims that Coles – which first estimated the underpayment at $20 million – still owes these workers more than $100 million.

Forty-five of the salaried managers were allegedly underpaid more than $100,000 with the largest single underpayment $471,647. Affected staff, many of whom were also allegedly not paid proper penalty rates and allowances, were located in every state and territory across regional and urban areas.

In 2020 Coles disclosed to the FWO and the Australian Securities Exchange that it was reviewing the pay of award-covered, salaried employees in its liquor and supermarket businesses.

The Fair Work Ombudsman said in Thursday’s statement that it assessed the wages and entitlements of thousands of salaried Coles employees, finding Coles had allegedly underpaid 7,812 employees a total of $115.2 million between 1 January 2017 and 31 March 2020.

The FWO alleges that most of the underpayments were the result of Coles paying salaried employees’ annual salaries that were insufficient to cover their minimum lawful entitlements, given they generally performed significant amounts of overtime work.

The FWO alleges Coles’ remediation program has significantly underestimated amounts owed to the employees and that more than $108 million remains outstanding.

Fair Work Ombudsman Sandra Parker said in the statement that underpayments resulting from insufficient annual salaries for employees covered by awards had become a persistent issue among businesses of all sizes, across a number of different industries.

The FWO claims the salaried managers worked one extra hour per shift between October 2017 and March 2020.

Coles faces penalties of $63,000 per breach of a range of industrial provisions, if proven.

Coles admitted in February, 2020 that it underpaid 600 staff $20 million over six years. At the time the company apologised to affected staff. When a class action was filed in May last year, Coles said: “Coles has committed to finalising its review and remediating affected team members as soon as possible.”

Coles’ action from the FWO follows a similar set of claims made against Woolworths in June.

The FWO claimed in launching its case that Woolies failed to compensate its employees – the supermarket giant could see its $390 million underpayment bill blow out further.

The Fair Work Ombudsman claims in court filings that a sample group of 70 Woolworths managers has been repaid less than half the amount it is owed. It alleges the managers were underpaid $1.17 million but have received about $450,000.

There were 19,000 salaried managerial staff at Woolworths over the period the ombudsman is looking at and the court action signals it believes many of them may have been underpaid.

Woolies first announced it had underpaid almost 6,000 employees in October, 2019. At the time, it estimated the underpayments at between $200 million and $300 million but has since upgraded that figure around $390 million with $110 million in interest and other costs.

In a statement to the ASX after the June action from the FWO, Woolworths said it had so far repaid about $370 million to current and former staff. It emphasised the repayment process was complex and said it had been working with the ombudsman.

In a statement on Thursday Coles said it “is currently reviewing the proceedings, which include issues relating to the interpretation and application of various provisions of the GRIA (the General Retail Industry Award 2010) and to the extent that further remediation may be required, we will update the market accordingly.”