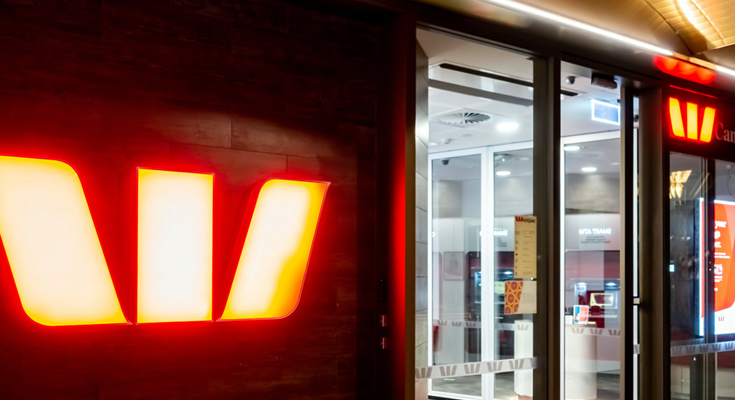 More woes for Westpac (ASX: WBC) – last week the management and oversight of its New Zealand banking arm was harshly criticised by that country’s central bank – today it is facing legal action from ASIC, the corporate regulator that will cost it more than $180 million in penalties and remediation.

Some of those penalties relate to charging fees on the accounts of dead customers – a rotten thing which sees Westpac join the Commonwealth and the AMP in looting the money dead customers left behind.

Westpac is already operating under the watchful eye of APRA over those 23 million money laundering claims which have seen the bank hit with a $1 billion capital overlay and close oversight as well as a $1.3 billion fine from the financial intelligence regulator, AUSTRAC.

ASIC said on Tuesday that its legal action against Westpac was “unprecedented” as it six separate civil penalty Federal Court proceedings bundled up into one action.

The news saw investors struggle a little for a lot of the session to work out if it was serious. In the end they concluded it was, and the shares dipped nearly 2% right on the close to settle at $20.72.

Westpac will be fined $113 million according to an agreement between ASIC and the bank which will make a further $80 million in remediation.

“Westpac has admitted the allegations in each of the proceedings and will remediate approximately $80 million to customers,” ASIC said in its statement.

ASIC said it and Westpac will submit to the Federal Court that “combined penalties of more than $100 million are appropriate.” Each matter will now be separately considered and determined by the Court, the regulator added.

“The proceedings, each the result of an individual ASIC investigation, allege widespread compliance failures across multiple Westpac businesses. The alleged conduct occurred over many years and affected many thousands of consumers.

“The Westpac businesses against whom the allegations are made include its banking, superannuation and wealth management brands as well as Westpac’s former general insurance business,” ASIC said in the statement.

With this most recent background it’s no wonder Westpac c=shares are down 19% in the past three months and are now only 3.9% up in the past year.

Tuesday’s action is the third against a major financial institution this month.

Late last week ASIC revealed it was taking ANZ Bank to court over its discredited ‘introducer’ housing loan program that generated more than $18 billion of home loans for 50,000 people from mid-2016 to early 2018.

In a statement issued last Friday morning, ASIC said the proceedings against ANZ were for “breaches of the Credit Act arising from referrals through its home loan ‘introducer program’ and from unlicensed individuals outside the introducer program.”

The program involved home loan referrals to ANZ from third party “introducers” from various professions, such as cleaners and real estate representatives. The introducers received a commission if the introduction produced a home loan.

The previous Friday ASIC announced that it had started civil penalty proceedings in the Federal Court against MLC Limited for insurance policy and service failures resulting from poor systems and controls.

ASIC claimed that MLC’s failure to implement appropriate systems and controls resulted in unpaid insurance benefits, premiums being charged without notice and underpaid refunds. ASIC alleges MLC’s conduct led to over $17.5 million in financial harm to over 260,000 customers.

In its latest statement on Tuesday, ASIC Deputy Chair Sarah Court said the regulator “is disappointed to have to yet again commence legal proceedings, on this occasion no fewer than six times, against a major bank.”

“It is unprecedented for ASIC to file multiple proceedings against the same respondent at the same time,’ said Ms Court.

“However, these were exceptional circumstances. ASIC had numerous Westpac-related matters under investigation through the course of 2021, and we decided to expedite those matters for consideration by the Court at the earliest opportunity.”

ASIC said in its statement the six matters filed against Westpac concern:

Fees for no service – deceased customers: ASIC alleges that over a 10-year period, Westpac and related entities within the Westpac group, charged over $10 million in advice fees to over 11,000 deceased customers for financial advice services that were not provided due to their death.

Insurance in super: ASIC alleges that Westpac subsidiary BT Funds Management charged members insurance premiums that included commission payments, despite commissions having been banned under the Future of Financial Advice reforms. BT Funds Management represented that the insurance fees had been properly deducted from members accounts when in fact the insurance fees that were deducted included commissions that were not permitted. Some members also paid commissions to financial advisers via their premiums even though they had elected to have the financial adviser component removed from their account. BT Funds is remediating over $12 million to over 8,000 affected members who were incorrectly charged.

Inadequate fee disclosure: ASIC alleges that Westpac licensees BT Financial Advice, Securitor and Magnitude (all no longer operating) charged ongoing contribution fees for financial advice to customers without proper disclosure. Some fees were not disclosed to the customer at all, at other times the amount disclosed was less than the amount charged. It is estimated that at least 25,000 customers were charged over $7 millon in fees that had not been disclosed, or adequately disclosed.

Debt onsale: ASIC alleges that Westpac sold consumer credit card and flexi-loan debt to debt purchasers with incorrect interest rates. These interest rates were higher than Westpac was contractually allowed to charge on at least part of the debts, resulting in more than 16,000 customers, who were likely to be in financial distress, being overcharged interest. Westpac and/or the debt purchasers have refunded over $17 million to affected customers.

ASIC further alleges that in all matters, excluding Debt onsale and Insurance in super, Westpac failed to ensure that its financial services were provided efficiently, honestly and fairly.

ASIC said the other financial regulator, the Australian Prudential Regulation Authority (APRA) has also been reviewing these matters and both groups “have taken a coordinated approach to their respective inquiries.”