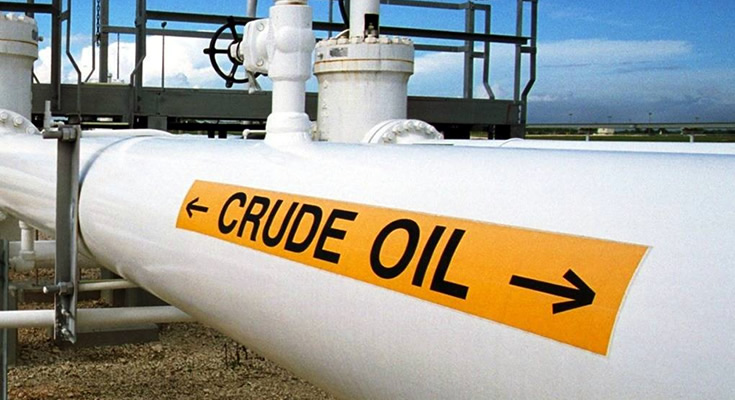 Go figure: oil prices bounced after the US government revealed plans for a co-ordinated release of oil from the reserves of some of the world’s major economies.

The move was the first co-ordinated release by the US and other major economies.

The price of US West Texas Intermediate crude settled up 2.3% at $US78.50, and then continued rising into early Asia and was around $US79 a barrel just before 8am.

The rise was a bit of a surprise to some because prices had been sliding for several days on fears of a co-ordinated release, but traders said it was a case of an old market adage of buy the rumour sell the fact being reversed now that markets knew what was happening.

The price rise will push up share prices for Woodside, Santos, Oil Search and other energy groups on the ASX, but gold miners will suffer a big fall after a sell off last night.

Gold took a hit from the news and fell back under $US1,800 an ounce to once again underline how hard it is now for the metal to hold that important price mark.

The Biden administration confirmed in its statement that the government will free millions of barrels of oil from strategic reserves in coordination with China, India, South Korea, Japan and Britain, to try to cool prices.

Details on the amount and timing of the release of oil from South Korea, Japan and China were not announced. South Korea says it will decide after discussions with the United States and other allies. And Japanese media said Tokyo would detail its plans later today (Wednesday),m according to Reuters.

China has already made at least two releases from its reserves in the past six weeks to try and put a lid on prices, and in turn limit upward pressure on its controlled retail prices for petrol and diesel (and consumer prices).

The OPEC+ group, which includes Saudi Arabia and Russia, has ignored US requests to release more crude from its production cap at its monthly meetings. It meets again on December 2 to discuss policy but has so far shown no indication it will change tack. It has been reducing the size of its production cap by 400,000 a barrel a month and looks like doing that again next month.

Meanwhile the share prices of BHP, Rio Tinto and Fortescue will rise again today after another rise in iron ore prices on Tuesday.

The price of the key 62% Fe fines product from the Pilbara delivered to northern China jumped $US4.20 a tonne or more than 4% to $US99.20. The price is up more than 13% since last Thursday.