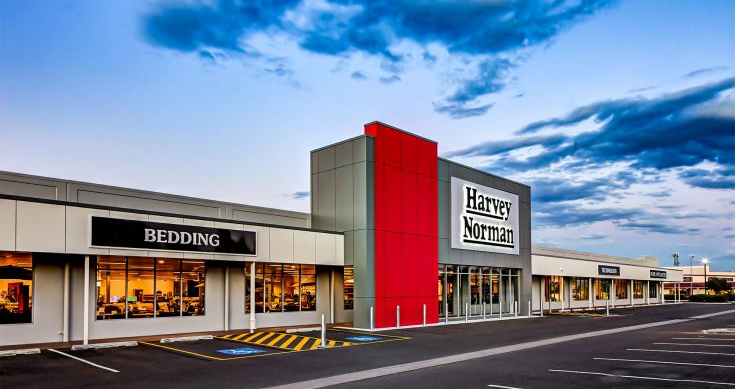 The big slide in sales and profits reported by Harvey Norman (ASX: HVN) yesterday for the first four-and three-quarter months of 2021-22 is a ‘tell’ for investors thinking about how the retail sector will fare in next February’s interim reporting season – in short Harvey Norman’s update us short the six months to December won’t be pretty.

The Harvey Norman numbers and those from a handful other companies send the message that 2021-22 will not be as solid a year as the pandemic hit 2020-21 turned out to be.

Harvey Norman’s trading update was the last for the June 30 reporting season and therefore the most up to date figures on the damage the lockdowns in NSW, Victoria and the ACT have done to sales and earnings up to late November – five weeks short of the full six months.

While the major retailers like Coles, Woolies, Myer, Kathmandu and JB hi Fi have already provided first quarter trading updates to annual meetings in October and earlier this month, Harvey Norman’s was to November 21.

In a trading update issued Wednesday morning  the company revealed a sharp 35% fall in earnings because of Covid restrictions in parts of Australia and some of its offshore markets saw sales slide, taking earnings with it.

A 11.1% slump in comparable store sales for its franchised outlets in Australia for the period from July 1 to November 21 was the major negative influence.

The trading update was issued ahead of Wednesday’s annual meeting and saw investors told total sales from July 1 to November 21 fell 8.8% when compared to the same period last year. But comparable store sales were substantially higher than for the same period in 2019-20 when consumer spending was weak

Profit before tax and non-controlling interests slumped 35.5% to $217.4 million for the first four months of the financial year.

The company didn’t provide any earnings forecasts for the rest of the year, telling investors the pandemic had caused, and was continuing to cause, “great uncertainty about the future economy”.

There is no reason to think that the likes of JB Hi Fi will have done much better than Gerry Harvey’s company. Coles and Woolies have already confirmed weak sales performances with signs of some life in food. Kathmandu sales were weak, but better since the lockdown in Sydney and then Melbourne were eased.

Some smart analysts wonder if the weak performance of retailers up to November means that revenues and transaction volumes for BNPL players like AfterPay and Zip will hold up.

Financials, led by the banks will battle slim margins – the Commonwealth bank has already warned of that impact in its first quarter trading update last week.

They did during the 2020 lockdowns and the long lockdowns in Sydney and Melbourne (plus the smaller Canberra market) should see a repeat.

That’s despite the approaching peak sales season over Christmas-New Year and it has been a common refrain for many companies, even though most investors and analysts hope that revenue and earnings can be rebuilt from January 1 onwards.

The Australian Bureau of Statistics reported that retail sales volumes fell 4.4% (in volume terms) in the year to September, the largest fall recorded. That was due to the impact of the lockdowns from June and July onwards and much deeper than anything recorded in 2020.

With the lockdowns easing considerably in October and this month a repeat of that record slide won’t happen in the December quarter, but a small negative reading wouldn’t surprise.

For other sectors, media – led by Nine and Seven will have solid first half figures and an optimistic outlook into the June half, News Corp likewise, but it is now trying to flog a float of Foxtel, so beware the hype machine.

Energy companies will have a strong December half – especially oil, LNG and coal exporters and miners, but the second half will be problematic with coal prices collapsing (for thermal coal) and coking coal returns dependant on Chinese demand which won’t be there until March-April at the earliest.

The weak outlook for China won’t help the big iron ore miners in 2022 which is looking like a year of falling sales and earnings.

BlueScope Steel has already guided to record revenues and earnings estimates for the six months to December but the June half year is very much open with much depending on the continuing strength of demand from the US economy, followed by Australia.

Miners like BHP, Rio Tinto, Fortescue Metals will enjoy the dying light of the iron ore boom, but 2022 looks gloomy.

The lithium boom will not produce much in the way of dramatic surges in revenues and earnings until well into 2022. Copper and nickel look solid as well. Gold will produce indifferent results for many miners as they battle higher energy costs, falling grades and no real price gains except from currency changes.

The Harvey Norman director’s comment about the company’s recent experience is one that many in retailing and associated sectors will repeat one way or another early next year.

“Rolling lockdowns in most states and territories of Australia have affected sales in the months of July 2021 through to November 2021, even though contactless click & collect and home delivery were operating,” the company said in the ASX release.