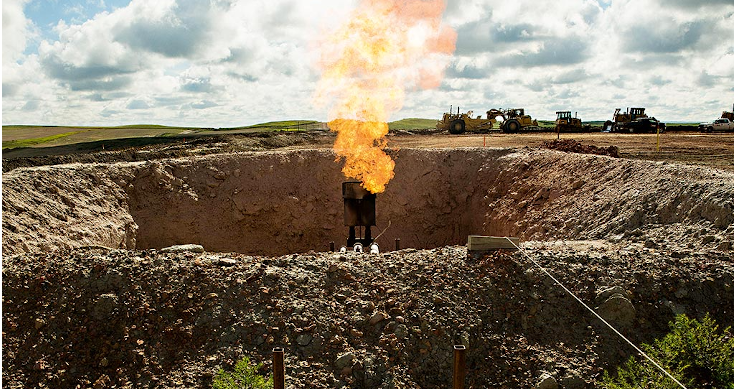 Tamboran Resources (ASX: TBN) and its Beetaloo Basin acreage have just been given a huge vote of confidence as one of the United States’ most successful shale gas investors spends A$20 million to appear on the register of the company. Another $15 million will be raised from existing investors. The placement of stock was done at $A0.37 – a discount of only 3% to the 7-day volume weighted average price.

The issuance of $20 million worth of new shares to Bryan Sheffield comes only 4 months after Tamboran’s IPO, but adds strong support to the company’s strategy of focussing on the development of the Velkerri Formation within the Beetaloo Sub basin – believed to be one of the hottest shale gas plays on the globe.  In the Tamboran announcement to the exchange, Mr Sheffield said “The Beetaloo Sub-Basin has a number of the key elements of a world-class shale play. The Mid-Velkerri shale has a large aerial extent, ample thickness and great rock quality. I am excited to be part of the Tamboran story.”

Bryan Sheffield founded Parsley Energy in 2008 after he took control of 109 old wells in the Permian Basin of Texas that had been drilled in the 1960’s and ‘70’s by his grandfather Joe Parsley.  During the 2009 gas price crash, Sheffield took advantage of lower asset prices to pick up more acreage. He IPO’d Parsley Energy in 2014, raising circa US$900 million and sold the company to Pioneer Natural Resources at the beginning of 2021 in an all-stock deal which valued it at US$7.6 billion.

Mr Sheffield’s father, Scott Sheffield, was CEO of Pioneer and was also a Non-Executive Director of Santos between 2014 and 2019.   Mr Sheffield Sr would be very familiar with the Beetaloo Basin, given Santos is the operator of EP161 and has earned a 75% working interest from Tamboran.

Many investors buy resources stocks based on “Near-ology”, i.e., they have exploration leases that are near to existing known discoveries.  With Tamboran having already secured some of the premier acreage in the Beetaloo, it is now rapidly becoming a “Who-ology” stock with a register made up of some of the smartest names in US shale gas and a Board and Management team made up of highly experienced US shale gas executives like Richard Shoeburner, Joel Riddle and Eric Dyer.

A highly regarded Funds Management and Investment Banking executive, Richard has over 25 years’ experience in capital markets spanning Asia-Pacific, Europe and the US – where he has held senior roles in equities research and institutional research sales. Richard is currently an equity analyst with Corporate Connect Research. Richard started his career as an exploration geologist for Freeport McMoran before moving to finance where he has held roles with Schroder Investment Management (Sydney/London), Deutsche Bank (UK), Citigroup (Aust), Credit Suisse (Aust) and Antares Equities/MLC Asset Management.