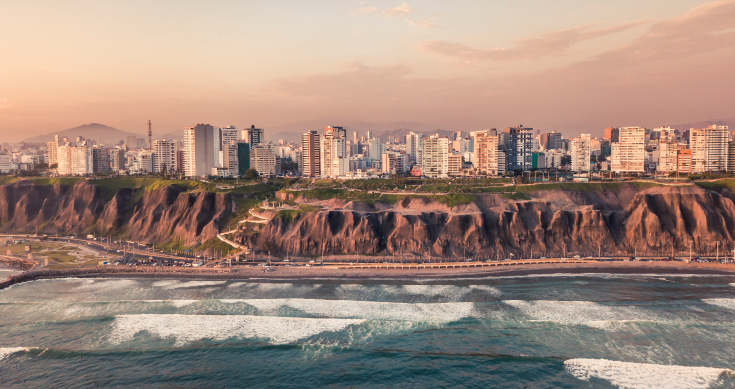 A day after Chile’s inconclusive Presidential poll became a major source of growing tension for global mining companies – especially copper – Peru has elbowed its way to centre stage with a stance that, if not changed, could see copper and silver mines in the country closed or forced to cut output.

Two days of confusing statements saw shares of London-listed Hochschild Mining collapse 27% on Monday, after the Peruvian government ruled out any operational extensions for its flagship Inmaculada silver mine. The close was the lowest the shares have been and at one stage close to $A900 million had been wiped from Hochschild’s market value

The shares were down 57% at one stage on Monday after the company’s mixed message on the future company’s mines in Peru.

That news rattled though the global mining sector and the US listed shares in Southern Copper, a veteran of South American mining politics, lost 2.6% as investors panicked a little about a contagion effect.

Shares in Peruvian producers Buenaventura and Volcan fell by around 4% on the Lima stock exchange.

This is the latest in a growing list of labour disputes, arguments with the government and environmental activists and blockades at some mines in the past few months as Peru looks more and more like a hotspot for the global mining sector.

Some of the sentiments behind the disputes are spilling over into Chile where similar arguments have happened and into Ecuador whose mining sector is very much underdeveloped.

Peru’s prime minister, Mirtha Vasquez, said late on Friday that a group of four mines – including two owned by Hochschild – would not be granted any further operational extensions and would instead have to close down in the near future.

Reuters says that according to a government statement, Vasquez had said the mines would be closed as soon as possible on environmental concerns, with “no extensions, whether for exploitation, exploration or even shutdown.”

Coming on top of proposals by Peru to impose higher taxes on miners, the President’s statement sparked a barrage of criticism.

“No information suggests that the government will close other mines but we cannot rule out it will go after large(r) mines,” Bank of America said in a note, in which it also downgraded Hochschild from “buy” to “underperform.”

But on Sunday night the country’s vice minister of mines appeared to walk back the President’s those statements in an interview.

“If (the mining companies) have all the mechanisms to present an extension they can do so, the door is not closed,” Chavez said, Reuters reported.

Hochshild said in a statement on Monday that it had not received any formal communication from Peru’s government on the matter and also rejected any claims of environmental pollution linked to its mines.

Hochschild CEO Ignacio Bustamante said in the statement the company was prepared to enter “into a dialogue with the government in order to resolve any misunderstandings.”

Any ruling in Peru would also hurt Hochschild’s Pallancata mine which, with the Inmaculada mine account for the bulk of the company’s production.

Peru’s problems won’t be appreciated by miners like BHP and Rio Tinto, which are also active in Chile where the inconclusive Presidential election result will be decided in a runoff poll on December 19.

Chile is working on a new constitution and proposals to lift taxes on the copper mining industry by changing the basis for the taxes to prices and not output. That could close the older, more expensive mines, many of which are controlled and operated by the Codelco state miner and processor.