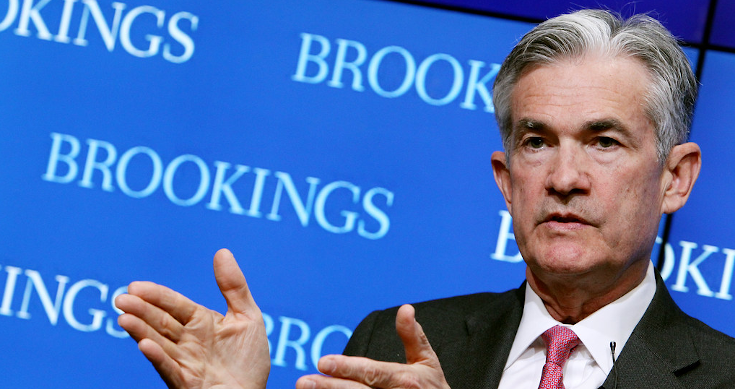 The market reaction to President Biden’s nomination of Jay Powell for a second term as chair of the Federal Reserve shows how investors feel right now: comfortable and yet at the same time wary about inflation and what the central bank intends to do about it.

The Dow rose, S&P 500 continued at record levels but then eased in the final hour to end in the red as did the Nasdaq which fell off its latest all-time highs after Biden’s announcement, then reclaimed most of the losses, only to slide again in the final hour of trading to end the session down a large 1.26%.

All up the reaction tells us that continuity matters more to investors than a new face at the top of the Fed, and that’s what the Powell nomination offers.

Fed Governor, Lael Brainard, considered the main rival to Powell was named for the role of vice-chair of the world most powerful central bank – a move that will keep progressives in the Congressional Democrats happy.

Biden’s announcement was a return to tradition in which the central bank’s top official is reappointed regardless of partisan identity — a norm defied by former President Donald J. Trump, who appointed Mr. Powell instead of renominating Janet Yellen (who is now US Treasury Secretary).

Biden also has three Fed seats to fill, including the Vice Chair for Supervision, and intends to make those in early next month – that will change the complexion of the Fed for the next four or so years.

Powell’s current term, which is due to end in February 2022, has proven positive for risk assets, with the S&P gaining 70% since his appointment on February 5, 2018 and hitting a series of new records in part helped by emergency measures the Fed launched in response to the coronavirus pandemic.

But inflation and consumer prices increasing at the fastest pace in more than 30 years is the big policy challenge for Powell and the Fed.

Powell and Brainard have made no secret of inflation’s importance and both addressed the subject in brief comments after President Biden’s announcement in Monday.

“We know that high inflation takes a toll on families, especially those less able to meet the higher costs of essentials, like food, housing and transportation,” Powell said in comments alongside Biden and Brainard. “We will use our tools both to support the economy – a strong labor market – and to prevent higher inflation from becoming entrenched.”

Investors will now be looking for signs from both about how ’transient’ they see inflation for 2022. Any move to drop that word or modify the belief that inflation will ease next year would see a rise in the dollar and bond yields, and possibly force Wall Street onto the back foot.

The first big question is to start tapering the Fed’s bond buying, perhaps a bit faster than previously indicated. That could come at the December 14-15 meetings of the central bank.