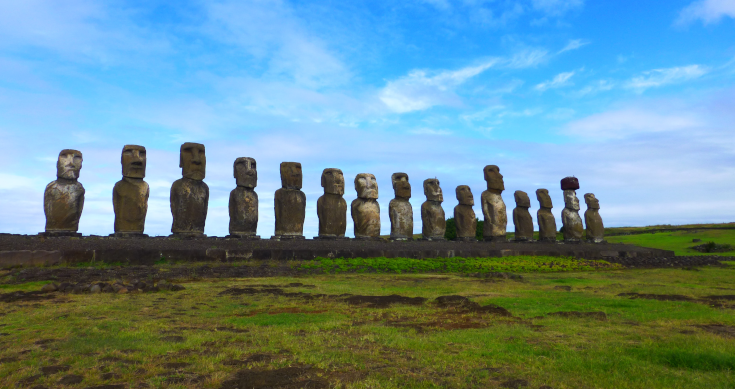 More weeks of uncertainty in Chile, the world’s biggest copper producer and a major producer of lithium, as right wing and left-wing candidates in the presidential elections on Sunday emerged with the most votes, but not enough to win outright.

The two will compete in a run off poll on December 19. Seven candidates had competed in the first-round election on Sunday.

José Antonio Kast, a far-right-wing lawmaker with a history of defending Chile’s military dictatorship, topped the poll with 27.94% of the vote compared to 25.75% for former student protest leader and left-winger, Gabriel Boric (That was with 90% of the vote counted)

At stake is the future direction of the country’s huge copper mining and processing sector – Chile’s most important asset, as well as its lithium mining sector which has been under pressure from government restrictions and poor management practices.

A win by the Boric and his progressives could see higher taxes on copper mining which is dominated by state miner and producer Codelco, as well as BHP whose Esondida mine in the north of the country is the world’s largest; Rio Tinto owns a minority stake in Escondida while another Australian miner, South32, is in the process of buying a 45% stake in a major mine in the same region of the country called Sierra Gordo.

A win by the conservatives would see no real change, but perhaps a push for greater private investment in Codelco and other state assets.

Until recently, it appeared likely that Chile would elect a new president who shares the progressives’ goals. Gabriel Boric, a 35-year-old former student leader allied with the Communist Party, was the favourite for months.

He has centred his campaign on promises of an egalitarian, feminist and ecological Chile with the copper industry slated to finance much of these plans – even though it (Coldelco) had been underfunded of years and needs tens of billions of dollars in fresh investment to improve grades, efficiencies, reliability and profits.

When it comes to mining, the Boric leans towards a more active role for the State in the sector, as well as higher royalties.

Kast though has praised the “economic legacy” of former dictator Pinochet, Kast and has often likened to Brazilian President Jair Bolsonaro or former US President Donald Trump.

He has promised measures to boost foreign investment in the mining sector.

Both candidates are in favour of diversifying the country’s mining industry into other metals outside of copper and molybdenum, improving sustainability and lowering emissions.

Chile has large reserves of lithium in brine but seems to have been overtaken in the past five years by more aggressive developments in Australia.

News media reports said Kast described the runoff poll and as a choice between “communism and liberty”, ignoring the years of human rights and other abuses for millions of Chileans under the right-wing dictatorship of General Pinochet. Boric, in contrast, refused to criticise Kast in post poll comments.

A centre right candidate who took around 12% of the vote said he would never vote for “the candidate from the left,” a reference to Boric but a centre left candidate, who also won around 12$ said she would ever back the right-wing spirit that “Kast represents”.

Franco Parisi, a businessman who has conducted his entire campaign from the US without once setting foot in Chile, surprised by taking nearly 14% of the vote.

Because Presidents are limited to a single five-year term the December 19 winner will be in power for a referendum on a new constitution currently being written by elected citizen representatives.

The constitutional convention was a concession to mass protests against structural inequality in Chile during an explosion of social unrest that started two years ago with the current President, Sebastian Pinera tried to ram through higher public transport charges, a move that brought the country to a standstill with mass protests

Sunday’s vote followed a tough campaign that again revealed deep social tensions in the country that have become more public under President Pinera, especially over the government run social welfare and retirement funds and the general cost of living.

Also up for grabs is Chile’s entire 155-seat lower house of Congress and about half the Senate (27 out of 50) and through these votes, a key role in the new constitution and shaping Chile’s future. Those votes will be known in the next day or so

Boric, 35 was among several student activists elected to Congress in 2014 after leading protests for higher quality education. If elected he says he will raise taxes on the “super rich” to expand social services and boost protections of the environment.

The Washington Post says “Kast, 55, from the newly formed Republican Party, emerged from the far-right fringe after having won less than 8% of the vote in 2017 as an independent. But he’s been steadily rising in the polls this time with a divisive discourse emphasizing conservative family values as well as attacking migrants — many from Haiti and Venezuela — he blames for crime.”

“A fervent Roman Catholic and father of nine, Kast has also taken aim at the outgoing President Sebastian Pinera for allegedly betraying the economic legacy of Pinochet, which his brother helped implement as the dictator’s central bank president,” the Post reported.

The December 19 poll and the final makeup of the country’s parliament will decide the fate of controversial tax changes that could put a quarter of Chilean copper output at risk.

Under the proposed change, the ‘royalty’ rate – the amount taken by the government – would be based on output rather than profits and could rise to 75% when copper prices exceed $US4 per pound (where they are now).

The country’s mining industry claims this change would threaten the future viability of 14 of the country’s bigger copper mines which have production costs above $US2.50 a pound. With a royalty, many could be forced to close if prices slip again.

The impact of any tax change would not be felt until 2024 because mines currently have agreements with the state than prevent any change in tax until the end of 2023.