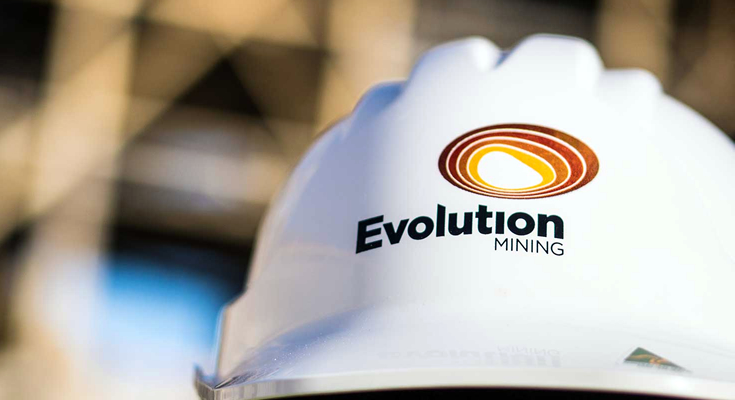 Shares in Evolution mining jumped sharply yesterday as investors realised they wouldn’t have to meet any of the $1 billion cost of the company’s latest purchase – the full ownership and rights to gold copper and silver Ernest Henry mine in far northwest Queensland.

Evolution is paying Glencore a total of $1 billion for the mine.

Its shares are up more than 9% yesterday to a high of $4.40 at the close after touching a high for the day of $4.43, the highest the shares have been since mid-July.

The deal was announced Wednesday evening well after the market closed and will see Evolution increasing its exposure to copper and silver from the mine where it already owns the gold rights and some of the copper.

Shareholders will not be asked to contribute – which should get a nod from investors for the deal when trading resumes later today (Thursday).

Evolution has raised $US200 million in a private fixed rate placement in the US. The cost will come from existing cash on hand and the US placement.

“The Transaction will result in Evolution’s copper production increasing, lowering its All-in Sustaining Cost (ASIC) per ounce and cementing its position as one of the lowest cost gold producers in the world,” Evolution said in Wednesday’s press release.

“For FY23 and FY24, annual copper production will increase by 40,000 tonnes to approximately 60, tonnes a year.

Evolution will pay Glencore $800 million straight up and $200 million a year from the date of the deal which is expected to be January 6, 2022.

Evolution’s existing involvement with Ernest Henry dates from 2016 when it bought the rights to 100% of the gold produced at the mine and 30% of the copper.

Evolution said that as part of the overall funding of the deal and associated costs it has successfully priced a new $US200 million US Private Placement (USPP) maturing in 2031, at a fixed coupon of 3.06%.

“Evolution’s investment grade rating was reaffirmed, and the placement was oversubscribed reflecting the note investors’ view on the quality of the Transaction.

“Following completion of placement and payment of the $A800 million upfront consideration Evolution will have liquidity of approximately $A900 million. No additional funding is required to complete the Transaction, which has taken into account the deferred settlement amount.

The transaction will see the full ownership start to be accounted in Evolution’s books from the start of January (ie the second half of FY22). Evolution said a new offtake arrangement has been agreed for 100% of Ernest Henry’s concentrate to be sold to Glencore on standard market terms that will also take effect from 1 January 2022. That will be treated at the Mount Isa smelter of Glencore and then sent to the Glencore refinery in Townsville.