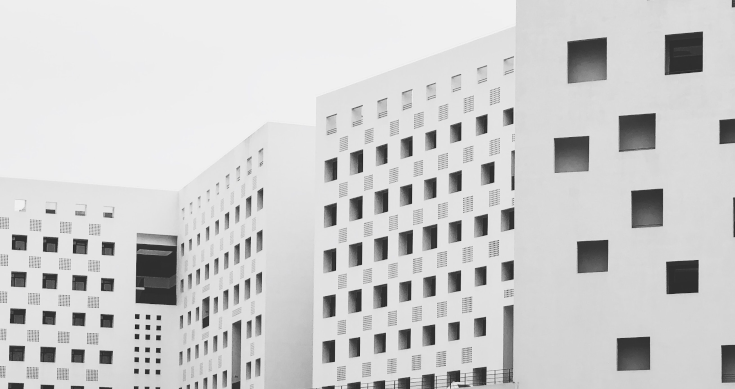 Last week he was China’s latest Dear and Glorious Leader, this week for President Xi Jinping it is back to reality and the headache that is the Chinese economy – specifically property which is now threatening to spread to other sectors.

The country’s property sector is a complete mess and when you add this to the continuing fears about the security and continuity of power supplies, financial stability and the 2022 Winter Games in Beijing next February, the heir of Chairman Mao has a real problem.

The October data on investment, retail sales, production and employment painted a mixed picture on the surface – as the data has done for the past four months. But dig down deep and you come across some unwelcome datapoints.

Not only are new house prices growth at levels last seen in early 2015 and 2016, but investment is now falling faster than anything else.

Average new home prices in China’s 70 major cities slowed to an annual growth rate of 3.4% in October from 3.8% the month before and was the weakest monthly rise in new house prices in nearly five years.

The last time there was a slower rate of growth was in January 2016 with prices in 2021 continuing to be driven lower by concerns about major property developers and their massive debts – concerns in turn created by the government crackdown on property prices and housing speculation started a year ago.

On a monthly basis, new home prices fell 0.25% in October, the most since February 2015, after September’s flat reading.

National Australia Bank economists say “This downturn is set to continue for some time – with residential sales and new residential construction falling sharply.”

They also pointed out that with residential sales (by square metre) falling by almost an annual 24% in October, new residential construction starts slumped 34% from a year ago – “which is set to negatively impact demand for steel, and by extension, demand for Australian iron ore in coming months,” The NAB analysis forecast.

It is more than a hangover than a headache as the country’s long property love affair fades and reality intrudes in the shape of huge debts, reluctant buyers, weak demand and a knock-on affect into the wider economy that is being compounded by Xi’s drive to cut carbon emissions and fears of rising smog and pollution this winter.

While fixed asset investment in China slowed to an annual growth rate 6.1% in October from 7.3% in September, growth has halved from the 12.6% annual rate in June. The slide in the property sector is curbing activity in other parts of the economy, helped by other policies of the Xi administration.

Xi’s determination to cut steel output to 2020’s record 1.065 billion tonnes to slow the speculation in property building by restricting production, curtailing emissions, ordering companies to change the mix of the product runs has run headlong into a shortage of energy (coal and LNG) and electricity rationing that is still sending rippled through the wider economy.

On top of all this, Covid Delta won’t go away and keeps popping up across the country – 21 provinces at last count last weekend had reported new cases.

Businesses are facing higher inflation (producer prices up a record 13.5% in October from a year ago) and consumer prices jumped because of a shortage of vegetables forced the central government to assure consumers last week that there would be enough and that they were not to hoard for fear of another Covid lockdown.

And while China’s industrial production growth was slightly stronger in October – increasing by an annual 3.5% (compared with 3.1% in September) it was still weak by previous standards and sectors closely linked to property helped keep growth lower than it would have been.

Motor vehicle output also fell by 8.3% yoy. In contrast, but output of electronics rose by and annual 14% without much of an impact from a shortage of computer chips (which continued to hit car makers).

China’s retail sales rose by an annual 4.9% in October 2021, faster than a 4.4% rise in September as consumption strengthened after Covid Delta outbreaks in some regions were brought under control.

But the National Australia Bank pointed out that real retail sales (after deduction inflation of 1.5% in the month increased by just an annual 1.9% (down from 2.6% in September).

“Real sales remain incredibly weak when compared with pre-COVID-19 trends, remaining a constraint on China’s economy,” the NAB pointed out in an observation glossed over by the likes of Bloomberg.

Industrial production rose 3.5% last month from a year ago, up from the 3.1% figure in September and despite the sharp falls in steel cement, cars and several other products.

Coal rose strongly thanks to the money flung at the sector to boost output to help avoid more blackouts and power rationing. The 3.5% growth rate though is the second lowest monthly rise for more than a year – after the 3.1% rise in September.

And, finally there was another telling statistic linked to the crackdown on property.

Data from China’s central bank showed a 15% slide in new credit in the 10 months to October.

While there was a small, 1.2% rise in bank lending in the period, loans from non-bank groups fell substantially, thanks to large scale declines in bond issuance by China’s corporate sector (down 39.0% yoy) and governments (down 30.3% yoy), according to analysis by the NAB.

Two separate, but linked, figures tell the story of the confusion in the Chinese economy at the moment. They are coal production and steel output for October.

One the one hand, fear of more blackouts and rationing (as we saw in September and early October) saw President Xi’s government through huge amounts of money and resources at the country’s coal mining, distribution and power sectors – and expend a lot of bureaucratic heft in bashing coal prices lower.

The government ordered state owned or controlled coal companies to boost output, even if they had met annual quotas already. Railways and other transportation companies were told to give coal movements priority to push more coal to the country’s huge network of coal-fired power stations.

The National Bureau of Statistics (NBS) said on Monday that China’s October coal output rose to the highest since at least March 2015, after the central government intervention to boost fading output ahead of what looks like a cold winter. (The Winter Heating season started yesterday, November 15 and ends on March 15).

Output over the first 10 months of 2021 was 3.3 billion tonnes, up 4% year-on-year. That was the growth rate in the first half of the year before it slid to a fall in July, August and September.

But for the steel industry (the second largest coal consumer), October saw monthly steel production slump to levels not seen for more than two years.

For the month, China turned out 71.58 million tonnes pf steel, falling for a fifth straight month and was down 23.3% from October, 2020 and down from the 73.3 million tonnes produced in August. it was the lowest monthly figure since early 2019.

That was the first decline of year-to-date output reported in at least five years and means the government is on its way to meet its commitment to avoid higher annual output in 2021.

China’s monthly steel production has been falling since July after seeing a double-digit growth in the first half of the year. The imposition of strict output controls and curbs on power usage have dented both supply and demand.

Downstream demand (especially for rebar, the key steel used in concrete and construction) has also failed to meet market expectations especially during the traditional peak construction season in September and October because of the weakening property market.

In many ways, the sliding economy helps us understand why President Xi is threatening Taiwan and doing his best (with his minions) to upset other countries – any to divert attention from his growing mess in the economy.