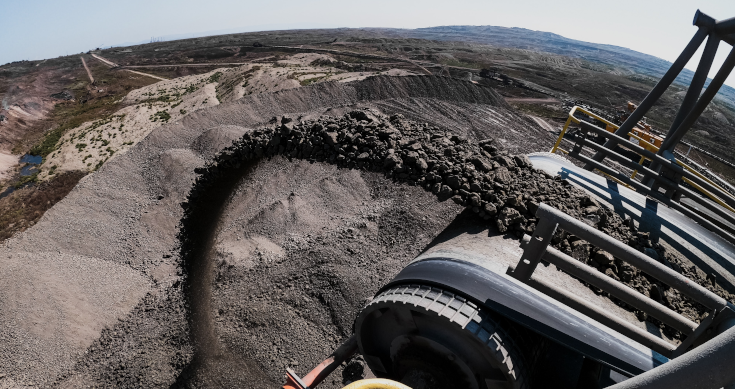 Brazilian mining giant Vale has sprung a major surprise by writing down the “full value” of its coal mining interests – by nearly $US2.4 billion in the reports for the three months to September 30 to leave it on the verge of ending its involvement with coal completely, as did rival Rio Tinto several years ago.

There was hardly any reaction to vale’s announcement – the coal assets it owns are a shadow of what they company had five years ago – with interests in Australia, China and Mozambique.

Now, poor performance, asset sales and a series of impairments, culminating with the latest move, will see the company exit coal mining, leaving it as the world’s second largest iron ore miner, and a major player in nickel and copper and several lesser minerals.

Compared to the fuss made globally when Rio gradually sold out of its coal interests and then BHP revealed plans to sell its thermal operations in NSW (no buyers yet) and then South32 exited its South African thermal coal mines, Vale’s write down has passed without much notice – certainly not from the coal mining enthusiasts of the National Party in Australia.

The news came as the iron ore, nickel and copper giant revealed a rise in profit on a year ago but a fall compared to the boom June quarter.

Revenue climbed to $US12.7 billion from $US10.8 billion a year earlier.

The company reported adjusted earnings before interest, taxes, depreciation, and amortization (EBITDA) of $US6.9 billion which was chopped by the impairment and other one offs plus tax to $US3.9 billion.

Vale said that was due partly to the 31% slide in iron ore prices triggered by China cutting steel production in the September quarter as well as the financial impact of a two-month strike at its nickel and copper mining complex in Sudbury, Canada.

Vale did not explain the reason for the impairment in the financial report but in its list of current and planned capex projects, coal was not mentioned at all, a sig that it is almost through the door.

In the previous quarter, the company had disclosed a write down on its coal assets resulting from a “lower long-term price assumption for metallurgical and thermal coal.”

The decision, revealed in its 3rd quarterly financial report was followed by confirmation in an analyst briefing that it expects to receive binding offers for its coal business this month (November) and will completely exit the sector.

The sale covers the underperforming and barely profitable Moatize coal mining and associated assets in Mozambique. It paid $US690 million for the mine and other assets in 2017.

In January of this year Vale announced it was buying out minority stake partner, Japan’s Mitsui & Co, in a Mozambique coal mine and port project, before selling the loss-making asset as it works to become carbon neutral by 2050. Mitsui said separately it has agreed to sell its stake in the mine and the infrastructure assets to Vale, the project operator, for $US1 each, aiming to complete the transfer by year-end.

Vale fully impaired these assets in 2019 due to technical and operational issues and said it would revise its mining plan and overhaul its processing plants, before those plans were disrupted by COVID-19.

Vale quit the Australian coal industry after huge write downs in a protracted period from 2015 to 2020.

That’s despite an improvement in the performance of the coal business with earnings before interest, tax, depreciation and amortisation (EBITDA) rising $US192 million to a profit of $US32 million (from a loss of $US213 million in the same quarter of 2020).

Coal revenue almost doubled from $US179 million (for coking and thermal coal) in the September, 2020 quarter to $US344 million in three months to September this year but it is now yesterday’s commodity.

It also confirmed it had received a so-called ‘Wells Notice’ from the US Securities and Exchange Commission related to the January 25 dam collapse in 2019. That’s a first step in what might turn out to be a much bigger investigation.

The Wells notice focuses on Vale’s disclosures about tailings dam safety management and the dam that collapsed in early 2019 at the company’s Feijao iron ore mine in Brazil’s Brumadinho municipality.

Vale said that it disagrees with the SEC recommendation and that it will respond through the Wells notice process.