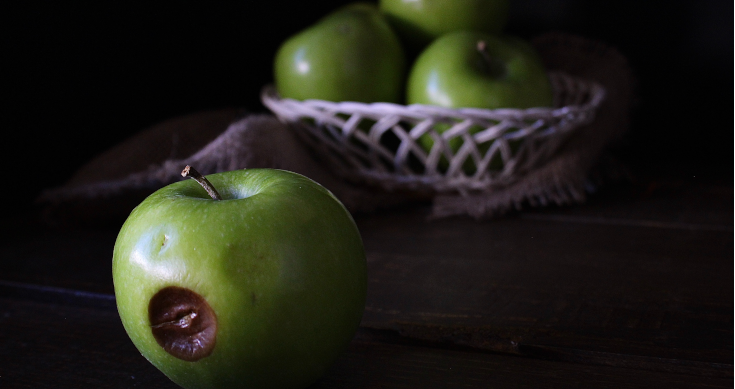 The US megatech sector took two body blows on Thursday with weaker than forecast third quarter performances by the two giants – Apple and Amazon.

That left a messy megatech grouping at the end of the third quarter. Most were still good – Amazon though was worse than expected – the worst quarter in four years and while Apple confirmed its immense strength and profitability, it was penalised for missing Wall Street estimates.

Facebook – which is renaming itself, Meta – disappointed even though it saw solid rises in revenue and earnings – it was hit to a degree by the changes to Apple’s privacy settings (as was Snap).

Facebook is also under pressure from a massive leak of documents from a former staffer that shows the company cared little about user welfare, mistruths and gave special preference to celebrities, governments and politicians and did not monitor posts as it claims it did during elections and other controversies.

Netflix did better with more subscribers and revenues and hit series such as The Squid Game from South Korea which is now the most popular program ever on the streaming service and globally. Netflix has already revealed a very active 4th quarter slate and announced deals in Spain, Asia and the uK for new programs and facilities.

Microsoft also outperformed in its services, hardware and cloud businesses. Alphabet (Google), did the best in the quarter and remains relatively untouched at the moment by controversy or allegation (as does Microsoft).

And Tesla has emerged as the latest megatech with record sales, revenues and earnings and the surprise 100,000 vehicle order from Hertz rent a car.

But Apple and Amazon squelched investor confidence in the megatechs at the moment, although that will change as we head towards 2022. There are now questions over how much of a growth driver they can become for the wider market – that’s perhaps why Tesla is now firmly the flavour of the hour (minute?)

Amazon missed badly on revenue and earnings and the forecast for the current quarter was light on, Apple though had the unwanted distinction this quarter (its 4th for its financial year) which was the first time since April 2016 that the company has failed to beat earnings estimates, and the first time since May 2017 that Apple’s revenues have missed estimates.

Apple got hit (like those big carmakers) by a shortage of computer chips, Amazon by the added costs of handling Covid, supply chain hiccups, a shortage of reliable logistics, higher energy costs and labour shortages, even though it hiked starting pay for hundreds of thousands of new staff to at least $US18 an hour.

At Apple it was, like the carmakers, an example of the now familiar refrain this year for thousands of companies large and small around the world – the computer chip/labour shortage/logistics problems/inflation and costs/Covid Delta ate our sales, revenues and earnings – but not too much for some, like the big consumer products groups like McDonald’s and Coke.

And no, the dog did not steal Apple’s homework or the revenues, it was them pesky semiconductors and associated gizmos.

Revenue for the 4th quarter of the company’s September ending financial year jumped 29% to $US83.36 billion, well short of market estimates around $US84.85 billion.

“We had a very strong performance despite larger than expected supply constraints, which we estimate to be around $6 billion,” Cook told CNBC’s Josh Lipton. “The supply constraints were driven by the industry wide chip shortages that have been talked about a lot, and COVID-related manufacturing disruptions in Southeast Asia,” he told CNBC.

iPhone sales were up 47% year-over-year, but still fell short of most Wall Street estimates.

Apple hasn’t provided official guidance since the start of the pandemic, but Cook told CNBC that the company expects “solid year-over-year revenue growth” in the December quarter after facing worse supply constraints in the 4th quarter.

“So we finished about a month of the quarter, the COVID related manufacturing disruptions have improved greatly. The chip shortages linger on,” Cook said.

Cook said that the supply issues were with chips were on “legacy nodes,” or older chips, instead of the technologically advanced processors at the heart of Apple’s devices that is increasingly producing itself.

In looking for a rise in sales this quarter Apple expects significantly more demand for its new iPhone 13 models than it can supply. Apple’s fourth quarter only included a few days of iPhone 13 sales as it ended on September 25, so all eyes will be on this quarter.

The strongest growth in Apple product categories aside from iPhones was in its services business, which includes sales from the App Store, music and video subscription services, advertising, extended warranties, and licensing. Apple’s services grew 26% annually.

Apple now has 745 million paid subscriptions, which not only includes first-party services like Apple Music but also subscriptions through Apple’s App Store.  That’s up 160 million in a year. Netflix is the nearest with around 220 million.

Apple shares rose 2.5% in regular trading but slid 3.6% in after-hours dealings even though the outcome reminded investors of the company’s immense growth and earnings. It was the shortfall against estimates (that may have been too optimistic). The market will now be looking for hints that the suggested easing in chip supplies and other constraints becomes real this quarter.

Amazon said net profit fell nearly 50% compared with the year-earlier period, hitting $US3.2 billion. That was despite a 15% rise in total revenue to $US110.8 billion up from $US96.1 billion a year earlier. The consensus estimate was $US111.7 billion.

“The extra spending would come, he explained, “as we manage through labor supply shortages, increased wage costs, global supply chain issues, and increased freight and shipping costs—all while doing whatever it takes to minimize the impact on customers and selling partners this holiday season.

“It’ll be expensive for us in the short term, but it’s the right prioritization for our customers and partners.”

Amazon said earlier this month it plans to hire 275,000 permanent and seasonal employees in the US, in part to help deal with the usual holiday shopping rush.

For the fourth quarter, Amazon forecast sales between $US130 billion and $US140 billion, representing growth between 4% and 12%.

Analysts surveyed by FactSet were expecting revenue to rise 13.2% year-over-year to $US142.1 billion.

Amazon said its operating profit in the fourth quarter will be in the range of $0 and $US3 billion.

All this proved to be too disappointing to traders who hung around for the end of session release and briefings and the shares fell 4.02% in after hours trading (Like Apple) because it was the worse quarterly performance in four years and investors aren’t used to misses like that from a megatech.