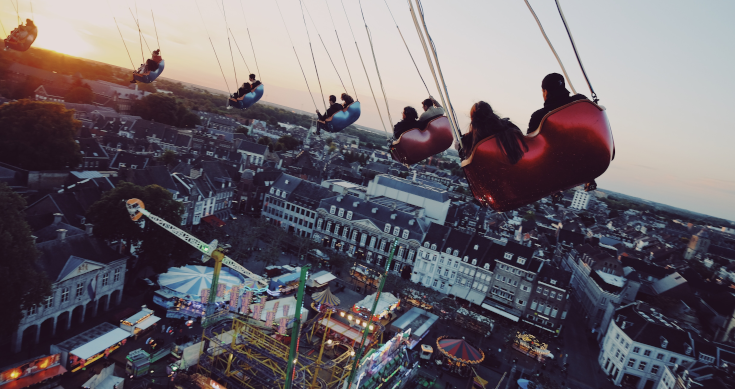 October is doling out a bit of a late whack to the already embattled iron ore sector in Australia.

A surprise new round of pollution cuts in Tangshan, China’s major steelmaking centre has sent global iron ore prices down by 7% to 10%.

Steel mills cut their buying following the introduction of the stricter emissions restrictions in Tangshan.

These falls will cause more headaches for the big iron ore exporters like Rio Tinto, BHP and Fortescue in Australia and Vale in Brazil.

In the past three months the share prices have slid as iron ore has sold off.

BHP shares are down 30.5%, Rio shares, 30.8% and Vale shares, 36%. Fortescue shares are down the most – nearly 47% because it is, at the moment, a single commodity company with its Pilbara iron ore business.

As we saw in this week’s quarterly reports from Fortescue and the smaller exporter Mineral Resources, falling iron ore prices can hit revenue and profits hard (to the tune of tens of millions of dollars) towards the end of a month or quarter when so-called ‘open tonnes’ (unpriced sales) are finally priced and fixed.

The latest news from Tangshan will come as a surprise to investors as talk of pollution and production cuts in the steel sector had gone quiet in the past month as China had been grappling with rolling electricity shortages, thermal coal problems and pricing, with little attention given publicly to the higher carbon and pollution emissions to run the power stations at capacity during the winter heating season from November 15 to March 15.

This was after the municipal government in Tangshan ordered the output cuts at steel mills, coking plants and steel re-rollers from Thursday October 28, to improve air quality in a decision taken on Wednesday.

It listed production restrictions at 23 integrated steel mills in the city, with the extent of the cuts based on the mills’ environmental protection levels and their steelmaking equipment.

The restrictions will only be lifted once air quality improves, the notice added.

Weather this week in Tangshan has been cool, cloudy at times, with little wind (to blow away the pollution), humid and temperatures from 7 degrees at night to 19 during the day.

The huge Shougang Group (state-owned and the second biggest in the country) has been allowed to undertake its own restriction methods after meeting the most stringent ultra-low emissions standard.

The new reductions will see further cuts in steel production between now and probably March next year, which will put more pressure on iron ore demand and prices.

In Early October, steel mills in the Guye district of Tangshan were ordered to observe a 50% production cut ahead of the winter heating season to help curb air pollution.

The district government said local steel mills should implement the cut between October 11 and November 14 – which is around a month before the winter heating season.

Back in March Tangshan announced plans to cut pollution by 40% this year.

The emissions reduction in March would be met by production cuts, raw materials mix and increased use of ultra-low emissions control equipment.

“Both steel and coke production would be affected during the measures, whose expiry time has yet to be published, according to a notice issued by the local government.

“The production curbs on blast furnaces, converters and sintering equipment at steel mills are in accordance with their respective rating on environmental performance.”

The measures are expected to drag the capacity utilisation of blast furnaces down by 10% to 55%. That’s down from nearly 90% earlier this year