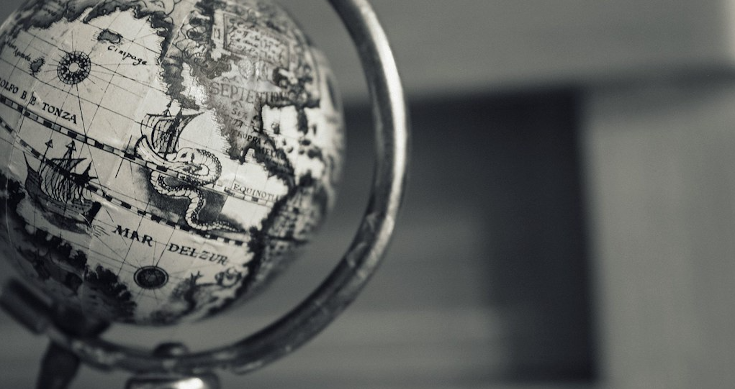 Three key issues – inflation, the power crunch, and China’s economy – reverberated during the third quarter of 2021 and continue to present a complex backdrop for global equity investors.

As we move into 2022, we think it will be critical that global equity portfolios are appropriately positioned to provide exposure to the potential opportunities while providing protection against risks that may emerge such as an economic growth shock (perhaps from a hard landing in China), or an inflation shock.

There’s also the possibility of a combination of both – the stagflation scenario.

In Antipodes’ quarterly portfolio update on the Good Value podcast, hear a discussion the three big issues and how Antipodes portfolios are positioned – we’re focusing on resilient businesses that are market leaders with the ability to take profitable market share against a backdrop of higher inflation.

And we’re disciplined around valuations.

Antipodes has been saying for some time that we think inflation is going to be more sticky than transient, while central banks have taken the view that near-term inflation will fade.

Recently we’ve seen more and more evidence of inflationary pressures building around wages, rent and now energy prices, and in the last couple of weeks we’ve started to see a break amongst Fed members on just how transient or persistent inflation is.

It’s almost a certainty that tapering will begin before the end of the year and rate hikes may start from late 2022 as opposed to 2023.

The risk is that the Fed is tightening as economic growth is slowing, which may compound the problem.

Europe’s gas price is at a record high, the US gas price has more than doubled over the year, and oil is back above $80 per barrel, the highest level since 2014.

Energy is becoming another pressure point.

Europe is facing a shortage of gas due to a strong rebound in economic activity, coupled with supply issues and an underinvestment in power infrastructure.

In recent days Russia declined to pump extra gas into continental Europe which compounded fears. Moscow’s position may change in the coming months, but even if Russia does decide to supply some additional gas, Europe is unlikely to find enough volume from traditional suppliers to fill the deficit.

With LNG and European gas prices equivalent to $150 per barrel of oil we’re seeing a shift to burning oil in Asia. This shows how the gas rally is also fuelling an oil rally.

Consumers are going to start to feel this. The cost of filling the tank will rise, as will the cost to power and heat homes in the northern hemisphere’s peak winter demand season.

At the same time, power shortages have hit China.

China’s power demand has been strong due to domestic and global activity, but hydropower output – which is almost 20% of total power in China – has been hit due to low rainfall, and coal production has also been subdued due to capacity controls and tightening policies around mine safety and emissions. We’ve started to see shutdowns in high energy intensive industries, and if this accelerates through the broader industrial sector there will be implications for domestic and global economic growth.

So, we have a very real risk of a power crunch across major economies and higher power prices through winter months. As well as the impact to economic activity, this could have meaningful implications for inflation. Meanwhile, we think there are some US gas producers that look like particularly attractive opportunities.

China has been tightening property policies on and off over the last five years. Growth had become unsustainably high again in the first half of this year, so policy was tightened again to curb speculation and house price inflation.

We all know the Evergrande story – but the Chinese banking system can handle an Evergrande default, if it comes to that.

If you combine Evergrande’s debt with that of other risky property developers, it still only accounts for around 2% of system loans. Under an extreme stress test, banks’ Tier 1 capital would remain well above the minimum 7.5%, meaning there’s still plenty of capital in the banking system to continue lending.

The bigger question is whether an Evergrande default seizes up financing for other developers, which spills over into weaker housing prices and a broader economic slowdown. Residential development accounts for around 10% of GDP, so it’s a material contributor to China’s economic activity.

There would also be implications for commodity prices, particularly commodities where China is a major consumer but an immaterial producer. Copper and iron ore look the most vulnerable here.

However, with Government debt less than 70% of GDP, China has the firepower to re-stimulate – and we think it’s a question of when rather than if.

This time around we think stimulus will focus on consumption, reinforcing the social safety net and decarbonisation. China wants to accelerate its transition to a consumption and services driven economy. To do this, household spending needs to grow at a faster pace than incomes via running down China’s extraordinarily high savings rate.

With changes in the regulatory backdrop now well-progressed, investors are going to start to re-focus on long-term opportunities, particularly around consumption trends.