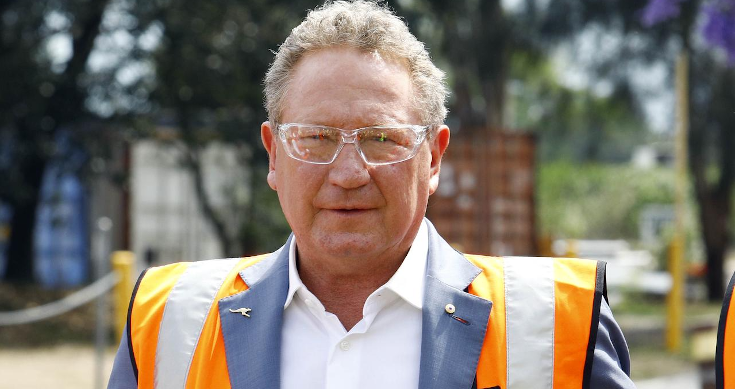 Investors missed the important news buried in the Fortescue Metals September quarterly report and focused instead the headline of record exports for the three months of 45.6 million tonnes.

Production rose to nearly 61 million tonnes in the quarter from 58.4 million.

The quarterly record skated over a sharp fall in average prices compared to the June quarter while the average was still up marginally from the September, 2020 quarter.

This represents revenue realisation of 73% of the average Platts 62% CFR Index, compared to 84% during the fourth quarter and 89% in the September quarter of 2020.

In other words, Fortescue got a lower percentage of a lower 62% Fe fines price (as set by the Platts pricing platform owned by S&P Global) than it did in the June Quarter when the average price was much higher.

Compared to the $US106 a dry tonne average for the September 2020 quarter, the latest quarter’s average was 11% higher, but the realisation (73%) was sharply down from the 89% Platts 62% cfr figure.

(CFR means cartage and freight organised and paid by Fortescue which gives it greater control over the timing and pace of its shipments.)

But on top of this lower return for each tonne, from a lower price, Fortescue was forced to take a $US100 a tonne price cut for what are called in the trade ‘open tonnes’. They are iron ore shipments sales deal agreed to but not finally priced.

Fortescue said its average revenue of $US118.41/dmt in the September quarter “represents revenue realisation of 73 per cent of the average Platts 62% CFR Index of $US162.94/dmt, including the impact of mark to market pricing on open tonnes.

But not in the September, 2021 quarter when the iron ore price fell steeply (upwards of 50%), meaning steel mills held back purchases and only committed as prices were seen to be lower.

The lower pricing of these ‘open tonnes’ will see earnings for the quarter and the December half come under more pressure though if prices remain mostly steady until the end of December, the impact should fade compared to the hit Fortescue has already taken.

The company didn’t provide any estimate of the financial cost (eg, if there was a million ‘open tonnes’ of ore in the quarter, this could mean $US100 million lower revenue). Earlier this week Mineral Resources gave us a glimpse of the impact on its much smaller iron ore export businesses with $US33.8 million reduction in revenue for 2021 shipments because falling prices in the September quarter.

On the plus side Fortescue’s C1 cash costs were in line with the previous quarter at $US15.25 a wet metric tonne but 20% above the $US12.74 a wet tonne in the same quarter of 2020, an increase already explained earlier in the year.

And at the end of September Fortescue’s net debt stood at $US175 million. While this is a deterioration from net cash of $US2.7 billion at the end of June, that was after the company paid record final dividends totalling US$4.7 billion and capital expenditure of US$744 million during the quarter.

Guidance for shipments, C1 cost and capital expenditure for the financial year to June 2022 is unchanged with shipments of up to 185 million tonnes.