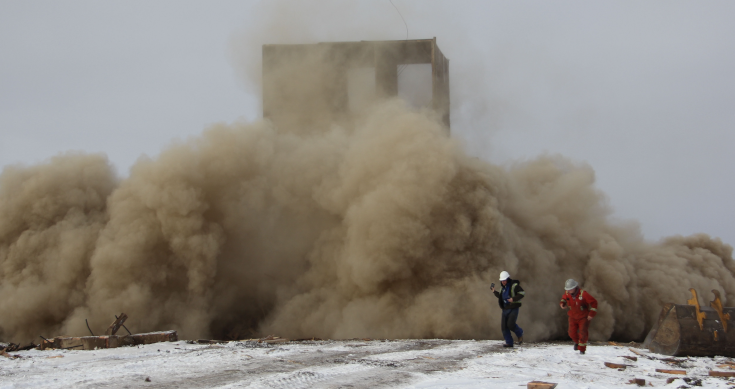 Fears seem to be growing in Chinese government circles about the fate of China Evergrande and its $US305 billion in debt – Wednesday saw a number attempted reassurances from very senior government officials about the tottering property giant’s finances and Thursday saw a couple of smaller listed developers reveal worrying debt and losses moves.

At the same time, the financial position for the staggering giant has seemingly worsened with the second major asset sale being called off in a week.

In a Hong Kong stock exchange filing late on Wednesday when Evergrande confirmed the $US2.6 billion sale of 51% of its property services arm was off. The statement confirmed market rumours earlier in the session

Evergrande said it had reason to believe that the putative purchaser, Hopson Development Holdings had not met the “prerequisite to make a general offer” for its unit. It did not elaborate further.

That was a claim Hopson denied and blamed Evergrande for being unable to complete.

The sale setback for Evergrande comes after Chinese state-owned Yuexiu Property pulled out of a proposed $US1.7 billion deal to buy its Hong Kong headquarters building last week.

In both cases Reuters indicated there was talk of opposition from government (Gudangdong, principally) and some creditors who feel that the company is selling its best assets and leaving behind those much harder to sell assets that would reduce repayments.

But on Thursday there seems to have been a burst of good news with Reuters reporting that China Evergrande Group had secured an extension on a defaulted bond.

The report said Evergrande has won a “more than three-month” extension to the maturity of a $US260 million bond issued by joint venture Jumbo Fortune Enterprise and guaranteed by Evergrande beyond October 3, after agreeing to provide extra collateral.

But separate reports from smaller property groups suggest that the slow weakening in the sector’s credit quality continues with statements from other property developers on Thursday lifting concerns of a growing contagion.

Chinese Estates Holdings Ltd said it would take a loss of $US29 million in its current financial year from the sale of bonds issued by staggering property developer Kaisa Group Holdings Ltd.

And Modern Land (China) Co Ltd said it had ceased to seek consent from investors to extend the maturity date of a dollar bond due on October 25. Its shares were suspended from trading on Thursday.

Trading in shares of Evergrande and its property services arm and Hopson resumed on Thursday and Evergrande shares fell nearly 10% in early trading but Hopson shares rose as investors voted with their wallets.

All this was after a separate exchange filing on Wednesday from Evergrande in which it said that apart its sale of a stake worth $US1.5 billion (20%) in Chinese lender Shengjing Bank Co, there had been no material progress on sale of other assets it has put on the market.

That sale of the shares in the bank to a state-owned group was a way of Evergrande repaying debt with the bank. The bank said that a condition of the sale was that Evergrande settle “relevant financial liabilities with the bank). Evergrande still holds a 15% stake in the ban.

Evergrande’s Wednesday statements came after more Chinese officials sought to reassure homebuyers and markets that the rout in the property sector would not be allowed to trigger a full-scale crisis.

(House prices in China’s 70 major cities stalled last month for the first time since early 2020 as the pandemic swept China. Prices only rose in 26 mostly smaller cities in September against 46 the month before and Reuters says the weakness is now spreading to top tier cities like Beijing where there was no price growth.)

The official reassurances have slowly made their way the influence scale in China – firstly anonymous spokes people for various ministries and regulators, then named officials, then a senior executive at the central bank, then on Sunday the central bank governor himself and on Tuesday, the most senior of all so far, Vice Premier Liu.

In comments reported by state news website, Xinhua, Vice Premier Liu told a Beijing forum on Wednesday that the risks from the current troubles were controllable and that reasonable capital demand from property firms was being met.

Those comments were echoed by the chairman of China’s securities regulator, Yi Huiman, who told the same forum that authorities would properly handle the default risks and look to curb excessive debt more broadly.

“(We need) to improve the effectiveness of the constraint mechanism on debt financing, to avoid excessive financing through ‘high leverage’,” Yi said, according to media reports, including Reuters.

In other words, smaller developers are being allowed access to credit, majors and especially Evergrande are not because ‘high leverage’ which has become the key phrase in the official explanations for the sector’s problems and the big developers especially.

In its late Wednesday filing, Evergrande said it would continue to implement measures “to ease the liquidity issues” and would use best effort to negotiate for the renewal or extension of its borrowings with its creditors.

“In view of the difficulties, challenges and uncertainties in improving its liquidity, there is no guarantee that the group will be able to meet its financial obligations under the relevant financing documents and other contracts,” it said.

In other words, the company says that without more sales and help it could very well go under.

Evergrande will officially be in default if it doesn’t make an already – overdue March 2022 $US83.5 million bond coupon payment by Monday. That’s the first of three interest payments due to foreign creditors but not made in September. It’s likely that will happen because foreign debt holders are small in value and importance inside China.