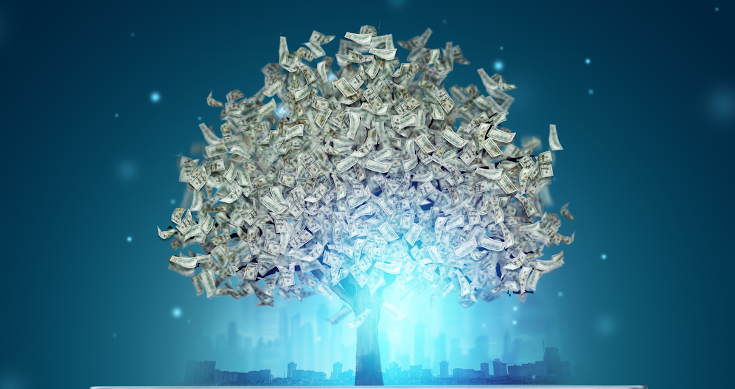 CBA’s $6 billion transaction, completed October 4, enabled it to buy back approximately 67.7 million CBA shares. While the $2 billion WOW buyback, which was completed on Monday (October 18), saw the retailer buy back just over 58 million shares.

Both these transactions have proven to be a welcome windfall for Australian retirees and other low-tax investors who took part, mainly because of the tax-effective franking credits that come with off-market buybacks.

For pension phase and tax-exempt investors, one dollar of pre-tax income from fully franked dividends is actually worth $1.43.

So, for retirees who tendered shares into CBA’s buyback (some individual tax circumstances may be different), they would have recorded an approximate after-tax profit of $14.27 or 14%, compared to the market price of CBA.

For pension-phase investors who tendered shares into WOW’s buyback, the after-tax profit realised would have been around $7.31 or 18% compared to the market price.

During the August reporting season, our analysis shows approximately $15 billion in franking credits were distributed, in addition to over $38 billion in cash dividends.

So, taking into account both the dividends and buybacks announced in the August 2021 reporting season, ASX200 stocks have returned over $46 billion in cash and over $17 billion in franking credits to shareholders.

Franking credits remain a critical mechanism to help many self-funded retirees make ends meet in our low-yield world and these figures highlight why it’s imperative that retirees’ equity income portfolios are managed with their unique taxation circumstances front of mind.

The Plato Income Maximiser LIC (ASX: PL8) and the Plato Australian Shares Income Fund tendered the entirety of their CBA and WOW holdings into the buyback because we manage the vehicles specifically to maximise after-tax income for retirees

Looking ahead, we think there may be more of these tax-effective buyback opportunities moving into 2022. Investors should ensure their portfolios are managed to take advantage of them.

Plato Investment Management forecasts the ASX 200 index will return a 5.2% gross yield over the coming 12 months and we think active and tax-effective portfolio management can help deliver significantly more income.

The Plato Australian Shares Income Fund will primarily invest in ASX listed entities, with a bias toward yield and aims to provide an annual gross yield (including franking, after fees) that exceeds that of the S&P/ASX 200 Franking Credit Adjusted Daily Total Return Index (Tax-Exempt).

Peter is a founder of Plato Investment Management and has twelve years investment experience. Peter is a Senior Portfolio Manager at Plato and manages the Plato Australian Shares Income Fund. Peter received 1st Class Honours and a PhD from The University of New South Wales where his thesis topic was behaviour of Australian active investment managers. He has previous worked at Macquarie Bank, Mercer and ING.