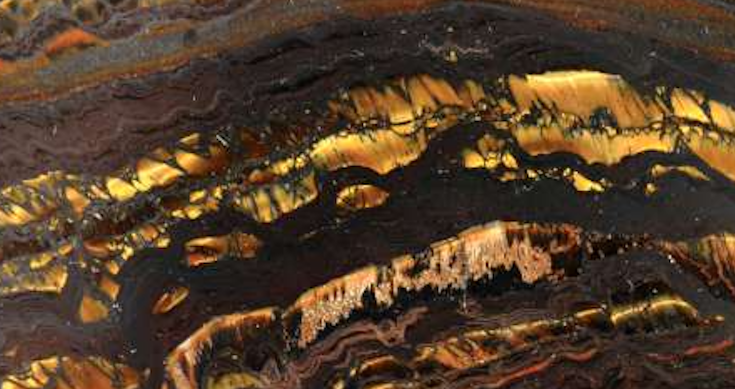 Gold prices have now been consolidating for over a year since hitting an all-time high of US$2,075 per ounce in August 2020. During September, the US Dollar Index (DXY) broke out to a one-year high and pressured the gold price, which finished the month with a US$56.67 loss at US$1,756.95. A spike in US interest rates following the September Federal Open Market Committee (FOMC) meeting in which the US Federal Reserve (Fed) suggested it could begin tapering its US$120 billion per month purchases of US Treasuries and mortgage-backed securities in November, also weighed on the price of gold. The Fed also indicated it might begin raising key interest rates as soon as late 2022.

We believe that myriad of risks may come with a Fed tightening cycle, including:

While we believe that these risks will eventually drive gold prices higher, markets are currently in a euphoria where complacency reigns and risks are ignored.

In 2021, the average daily notional value of stock options traded is set to surpass the value of underlying stock trades for the first time. According to the Wall Street Journal, initial public offering (IPO) activity has already surpassed that of every full-year on record. Sales of junk-rated bonds and loans have also topped previous annual highs. Non-fungible tokens (NFTs) of digital art are selling for millions in a bubble reminiscent of the seventeenth century tulip mania, when a single tulip sold for more than houses.

Frothy markets do not worry about risks and do not see a need for safe havens. As a result, gold has fallen below its bull market trend base, shifting to a sideways consolidation in a wedge pattern with a new base around US$1,680.

We attended the Gold Forum Americas conference in Colorado where gold companies gather to meet with investors each year. This year was a hybrid event and we were happy to meet face-to-face with many of our companies. The key takeaway from the conference is that the transformation we have witnessed over the past five years is lasting and fully engrained in the culture of the industry. Many companies demonstrated their commitment to strong cash flow, capital returns, organic development to extend mine lives, technological advances and sustainability.

Having underperformed gold in yet another month this year, with a fall of 8.72% in the NYSE Arca Gold Miners Index compared with a 3.12% fall in the gold price, we continue to see gold stocks as undervalued.

A major deal was announced on 28 September that, once approved by shareholders, will combine Kirkland Lake with Agnico-Eagle to create the world’s third largest gold company.

Divergent views on inflation “from the top”

Over the past year, US inflation, as measured by the headline consumer price index(CPI) rose 5.3%, US producer price index (PPI) gained 8.3%, and EU CPI (as measured by the Harmonised Index of Consumer Prices) reached a 13-year high of 3.4%. Central bank and business leaders seem to have divergent views on this inflation: Here is just a selection of such divergent views:

Bureaucrats in Washington and Brussels do not seem too worried, whereas some of the business leaders on the ground are concerned.

For most, inflation is already here

Increased overtime, higher wages to attract new workers and extra spending on transportation added US$450 million to costs in FedEx’s quarter ending 31 August 2021. Help wanted signs are common here in the New York tristate area. We spent some time traveling in the Inter-Mountain West recently, where labour is even tighter. One restaurant billboard simply posted “Name your Wage”.

The Federal Reserve Bank of New York’s August survey found consumers expect inflation of 5.2% in a year and 4.0% in three years. Expectations might be conservative, as the S&P CoreLogic Case-Shiller National Home Price Index9 had an annual rise of 19.7% in July, an all-time record.

Supply chains are being realigned and businesses are relocating sources of production, creating bottlenecks that limit supply. Record numbers of container ships are parked off the coasts of California and Georgia, waiting for warehouse space and trucks to ship the goods inland. Factories in China are being forced to close intermittently to conserve power as the US trade deficit surged to a record in June. Meanwhile, according to a recent Wall Street Journal “Car Chip Crisis to Extend for Years.”

While some inflation drivers are related to the reopening of the economy, it seems the majority are long-term post-pandemic structural changes in consumer behaviour, the workforce, raw materials dynamics and production and transport of goods that all point to a sustained period of rising prices. Perhaps the most compelling argument is the fact that for years, easy monetary policies, and more recently fiscal policies, have been stoking inflation.

We would expect, then, the gold to react in 2022 if inflation metrics remain elevated in the longer-term.