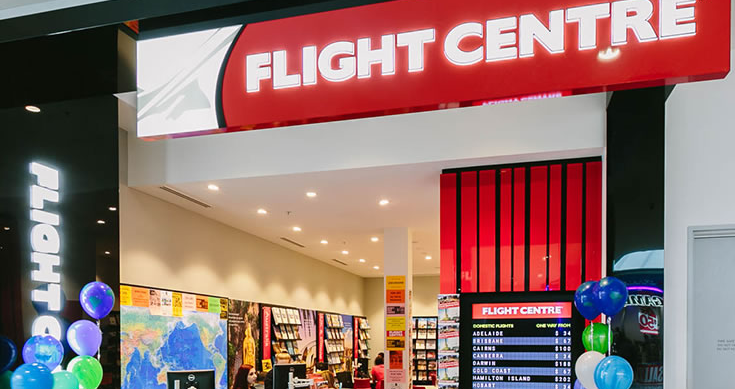 More signs of life for travel agent Flight Centre, which revealed on Wednesday that it is now selling more international tickets than domestic ones for the first time since the start of the pandemic.

Shareholders were told the upsurge in sales was as a result of the looming reopening of Australia’s borders.

“The Australian reopening plan has sparked a flurry of activity and created a genuine buzz, leading to a significant uplift in leisure enquiry and quotes in recent weeks,” the $4.5 billion group’s managing director Graham Turner said in a speech at the AGM.

He said people were most interested in booking flights to the UK, USA and Fiji, with bookings to the Pacific Island through its package holiday arm returning to pre-pandemic levels this month.

“The outlook globally now appears considerably brighter, as evidenced by last week’s US and Australian announcements and a string of significant re-openings from Singapore,” Mr Turner said.

Flight Centre recorded $1.6 billion worth of bookings in the September quarter – double that in the same quarter last year and an 8% jump on the June quarter.

Bookings at the end of September were at 27% of pre-COVID levels, with sales ramping up late in the month and escalating in October after border announcements in multiple countries.

As promising as this all was investors were not that impressed and sold the shares – they ended down more than 4% on the day at $21.65.

That’s because investors realised the improvement in business wasn’t enough to make the company cash flow positive during the period.

Flight Centre needs to achieve 50% and 40%, respectively (corporate and leisure), to reach breakeven within each of these divisions. In light of this, Flight Centre recorded a net operating cash outflow of $41 million for the period

“We expect, and are already seeing, further second quarter acceleration, given the positive recent travel announcements in Australia, the US, Singapore and other locations,” Mr Turner said.

But no guidance and a weaker share price to boot.