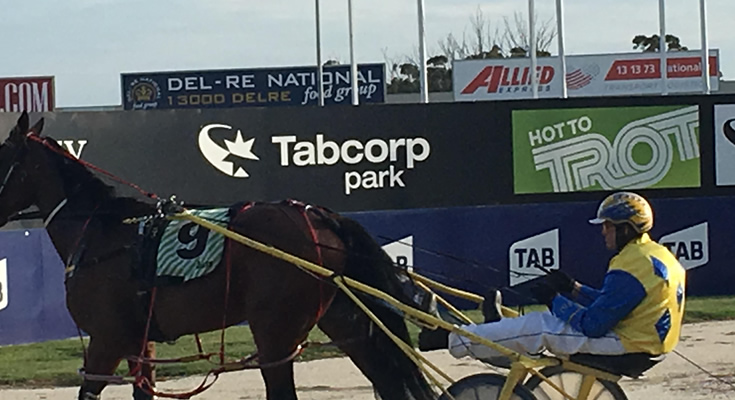 A solid dose of reality yesterday for investors in gambling giant Tabcorp with news of a massive bill to pay for the demerger of the company’s lotteries and Keno business, a weak first quarter performance because of the pandemic.

All this saw the shares dip 2.6%, wiping off some of the 6.5% rise of the past month as investors dreamed of a new world after the demerger.

In fact it looks like more of the same and despite an upbeat commentary at the annual meeting, the market decided that pie in the sky fortune telling was not the way to go.

While it might make sense to spin off the lotteries and Keno business from the weak wagering operations (and remember nearly a year ago the proposal was the other way round, hence big offers from offshore companies for the wagering business around the $3.5 billion mark.

While the headline from the meeting and update was the rather large cost of the demerger, it was the weakness of the first quarter performance that seems to have helped the shares lower in post meeting trading.

September quarter group revenue came in 7% lower than the prior quarter, with Keno revenue, in particular, taking a 19% hit due to statewide venue closures in NSW, Victoria and the ACT for part or all of the three months.

Both wagering & media and gaming services sales were down 17.2% and 14.6% respectively from venue closures as well.

Lotteries revenue was 1.4% up on the quarter, underscored by growth in Saturday Lotto and Powerball sales, according to Tabcorp. – which in the minds of some supports the idea of the spin off.

Management also sees positives on the horizon, as in the past, demand for entertainment “has been strong when lockdown restrictions have been lifted”.

“Importantly, we expect that the likely increase in value gained from the demerger will materially exceed the impact of the separation and ongoing incremental costs,” said Tabcorp chairman Steven Gregg, in a prepared speech released ahead of the annual meeting.

“We’ve previously observed that demand for entertainment has been strong when lockdown restrictions have been lifted and we know our customers value the social connection,” said CEO David Attenborough.

“With NSW now emerging from over three months of lockdown, it was great to see people back at the track, pubs, clubs and TAB agents on Saturday for the TAB Everest, celebrating and enjoying the very best of thoroughbred racing,” he said.

But before the benefits of the separation can be banked, there’s a bill in the hundreds of millions of dollars to make the proposal work.

Tabcorp put the cost of the separation at between $225 million and $275 million.

Those costs will be as much as the 2020-21 net after tax profit of $269 million. They will be classed as one-off items so no impact on underlying profit but will wipe out statutory earnings for 2021-22.

But it is still a huge bill for what looks like a ‘follow the leader’ suggestion to try and improve the endemic under performance at Tabcorp.

Tabcorp seems to be using the successful demerger ideas of Coles (Wesfarmers) and Endeavour (Woolies) to justify splitting up the group and demerging the growth betting business in lotteries and wagering.

And once the split happens where will be ongoing costs (alimony?) of $40 million to $45 million a year from the split, before any mitigation.

Tabcorp said the major of the large costs were what it called “technology separation costs”. That sounds more like millstones on future earnings until removed from the cost base.