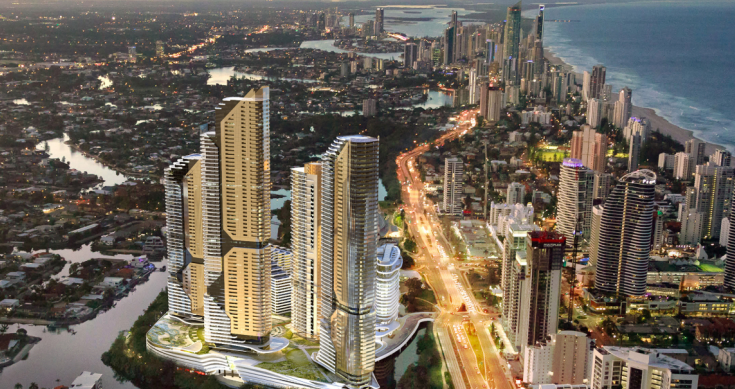 Shareholders in casino group Star Entertainment Group will again go without while the company continues to trade with its financiers effectively in control of the business thanks to the damage done to its revenues and cash flow by the lockdowns associated with Covid and the restrictions on interstate and international travel.

That means no interim dividend for 2021-22 and perhaps the final next year. Shareholders have not been paid a dividend by Star since February, 2020 when a 20 cents per share payment was made just as the pandemic was erupting.

Star told the ASX yesterday that its lenders have again waived the casino group’s debt covenants for its next two testing dates, providing breathing room as its operations remain restricted by COVID-19 rules.

The Star said it had received a full waiver of the gearing and interest cover covenants for the December 31, 2021 testing date.

And for the testing due on June 30 next year, it will be able to annualise its second-half FY2022 results when calculating its financial covenant ratios (ie double the June half results to produce a full year set of figures rather than using what will be the weak December half.)

The Star said that, consistent with the waiving of its covenants in 2020, it had agreed to not pay shareholders cash dividends until its gearing ratio fell below 2.5 times earnings.

But Star reckons shareholders might get a payment in a year’s time; all being well.

“The amendments to the June 2022 covenants provide The Star the flexibility to pay a cash dividend for the 2H FY2022 period provided net debt to annualised 2H FY2022 statutory EBITDA is below 2.5 times,” it said in Tuesday’s statement to the ASX.

The lockdowns and travel restrictions have slashed patronage at its Sydney and Queensland casinos since the pandemic start near 20 months ago.

Investors have known this and the company has been receiving from the forbearance from its lenders (who have granted the waivers simply because they don’t want to own casinos which would happen if they were to exercise the conditions of their loans to Star).

Star shares fell a tick to $3.69 yesterday as investors remain wary about the casino group after the bad publicity about money laundering.

The Star has been under fire for alleged failures to confront money-laundering and terrorism-financing risks at its casinos and allowing criminals to gamble and associate with senior staff.

The claims have seen class action vultures swoop and Star put out a statement about potential legal actions Monday night.

I the statement the company acknowledged statements from law firms Slater and Gordon, and Maurice Blackburn about potential class actions.

“The Star is not aware of any proceedings having been filed and has not been served with any originating processes in respect of any class action proceedings,” the casino operator said.

“Should any proceedings be commenced, The Star intends to defend any such proceedings.”

Slater and Gordon said its class action would focus on adequacy of internal controls. Maurice Blackburn’s would focus on alleged inadequacies in The Star’s systems to meet anti-money laundering and counter-terrorism financing risks.

Those actions will have to wait until the financial intelligence group, AUSTRAC has finished its inquiries into Star (and Crown and Sky City as well). And then there will be investigations by NSW and Queensland casino regulators into the media claims.

Before then though, the findings of the Victorian Royal Commission into Crown Melbourne will be released by the end of this month. They were handed to the Victorian government on Friday.

The findings and recommendations could very well impact not only Crown but indirectly Star and Sky City through focusing regulators attention on certain aspects of their casino operations.

Nine/Fairfax newspapers reported overnight Tuesday that senior executives from Star “will be grilled at public hearings into allegations the company failed to prevent organised criminals and money launderers infiltrating its Australian casinos.”

“The Age and The Sydney Morning Herald have confirmed that senior barrister Adam Bell, SC…will examine Star’s operations at public hearings next March.

“The hearings are likely to involve Star Entertainment executives, including chief executive Matt Bekier, and board members being summoned to answer questions about their knowledge and management of money laundering risks within the casino group.”