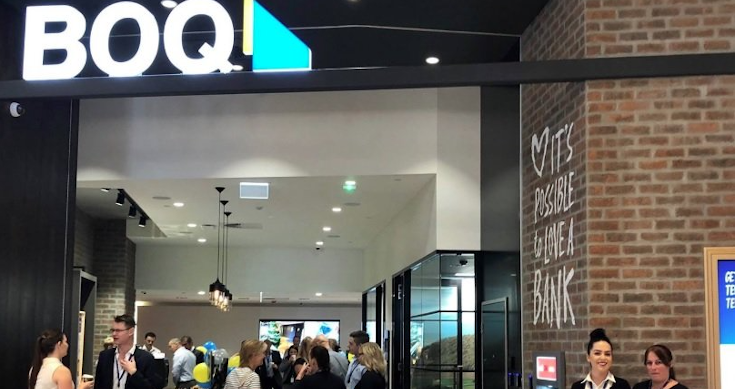 Despite a solid result and higher dividend, Bank of Queensland shares dipped yesterday, along with other bank shares as investors sold on a warning of pressure on profit and interest margins in the coming year.

It was a warning from the much smaller competitor that saw shares in three of the four big banks fall – CBA, Westpac and ANZ – while NAB rose.

But Bank of Queensland stood out with a sharp 4.3% (closing at $9.30) as analysts examined the full year results.

They spotted the boost to the 83% rise in cash earnings (to $412 million) from a $71 million reduction in its collective provision for bad loans due to the improved economic outlook.

Without that cash earnings would have been around $340 million – a solid figure especially compared to the Covid damaged $225 million in 2019-20, but nowhere near as the actual outcome for the August 31 year.

Analysts would have also noted Bank of Queensland’s housing book grew almost twice as fast as average and the business loan book grew by $600 million.

Net interest margin (NIM) was 1.95%, up a touch from 1.92% the year before (the latest figure doesn’t include a contribution from recvently acquired ME Bank).

But management forecast a fall in the NIM in the coming year because of low interest rates and rising competition.

The bank said that it expects its “NIM to decline by c.5-7bps in FY22, as competition continues and the low interest rate environment remains.”

“Looking forward, BoQ expects profit margins to remain squeezed due to ongoing low interest rates and expenses to grow by 3 per cent to support business growth as it integrates ME Bank and upgrades technology,” CEO George Frazis said in the statement.

Still the higher final dividend was expected by the market but the negative remarks about the net inter margin helps explain the larger fall in the share rice yesterday.

The Brisbane-based bank said it will pay shareholders a final dividend of 22 cents per share, making 39 cents for the year after the cautious 17 cents a share in the first half.

“The integration of ME Bank is well progressed and we continue to execute against our strategic transformation roadmap,” Mr Frazis said.

“There may still be uncertainty associated with COVID-19 over the next year. We expect that fiscal and monetary policy will continue to underpin the economic recovery.”