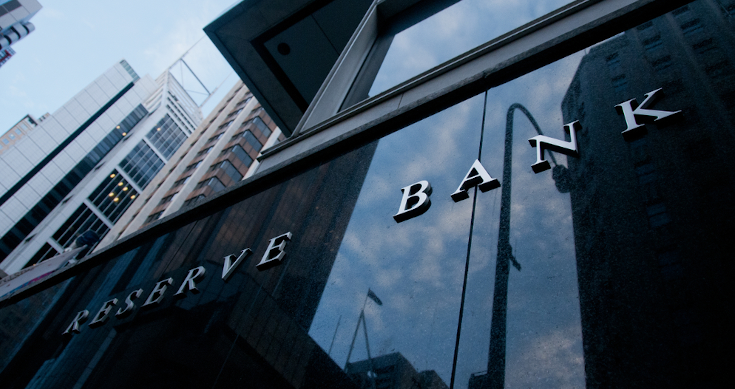 No change to monetary policy from Tuesday’s October meeting of the Reserve Bank board and no updates on mooted moves to control the surge in house prices, either.

That will be very different to the Reserve Bank of NZ’s decision to lift interest rates that will be announced later this morning (Wed).

Governor Philip Lowe made it again clear there was no need for a change in the key cash rate – currently a record low of 0.10%

He said wage and price pressures across the country remained “subdued”.

“While disruptions to global supply chains are affecting the prices of some goods, the impact of this on the overall rate of inflation remains limited,” he said.

Dr Lowe said while house prices were continuing to rise, turnover in some markets had started to decline.

The Council of Financial Regulators, which includes the RBA and the Australian Prudential Regulation Authority, had been discussing the medium-term risks to macroeconomic stability.

On the economy Dr Lowe remains confident that the Covid Delta driven setback to the recovery will only be temporary with a big fall in growth in the September quarter.

He again repeated remarks from September that there remains uncertainty about the timing of the bounce back from the contraction and it may be slower than seen last time around.

Dr Lowe said the bank sees the economy growing again in the December quarter and continues to see the economy back around its pre-Delta path in the second half of next year.

The AMP’s chief economist, Shane Oliver said in a note yesterday that “We agree that growth will return in the current quarter, but think it may take a bit longer to return to the pre-Delta path, even with very strong growth through next year.”

Dr Lowe maintained the bank’s position that interest rates were unlikely to be pushed upward any time soon.

“The (bank) board is committed to maintaining highly supportive monetary conditions to achieve a return to full employment in Australia and inflation consistent with the target,” he said.

“It will not increase the cash rate until actual inflation is sustainably within the 2 to 3 per cent target range. The central scenario for the economy is that this condition will not be met before 2024.”

Meanwhile there was no surprise in the confirmation of a 1.7% slide in retail sales in August in the final data for the month yesterday from the Australian Bureau of Statistics but the monthly trade data shocked with a surge in the size of exports for the month and the surplus to record levels.

It was the third record monthly trade surplus in a row after July’s figure and June’s $11.68 billion.

August’s figure was well above market forecasts of $10.3 billion as analysts factored in the fall in iron ore prices in the month but missed the surge in coal and LNG prices.

There was also a 13 per cent increase in the value of coal exports. Coal prices have continued to rise through September and into early October with thermal prices above $US200 a tonne for 6,000 kilocal steaming coal typical of that exported through Newcastle.

Coking coal prices have topped $US400 a tonne for prime hard quality of the sort exported by BHP from Queensland in north Asian markets outside China.

LNG prices have risen further with the blackouts in China in late September with spot deals reported around $US30 a million British thermal Units – it was less than $US2 in March – April, 2020 when oil prices plunged to negative levels.

In China some prime hard coking coal has been selling at more than $US600 a tonne (that’s metallurgical coal that has low ash, low sulphur, low moisture and a high swelling index and lots of energy – 8,000 kilocals or a bit higher).

“The increase in thermal coal also coincides with strong energy demand in Asia, as well as reduced supply from other key thermal coal producing nations,” the ABS said.