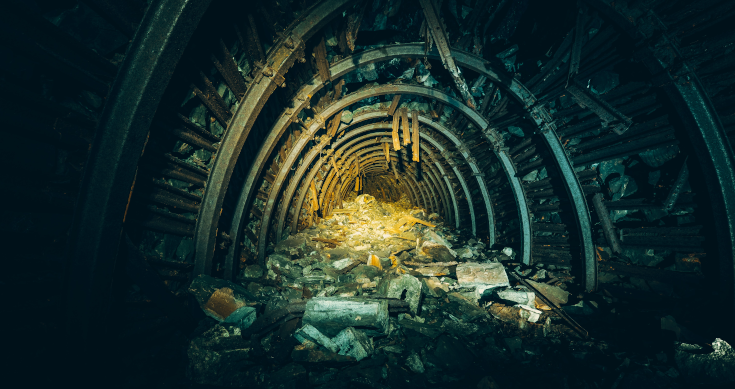 Two of the world’s major gold miners have agreed to merge in a deal that will create a global major heavily weighted to Canada, but with a sprinkling of interests elsewhere, including Victoria.

Agnico Eagle Mines and Kirkland Lake Gold – the largest and second-largest gold producers in Canada – revealed a surprise all-share merger on Tuesday, valued at around $C13.5 billion (around $US10.7 billion).

The deal sparked a bit of interest in Australian gold stocks yesterday amid the gloom of another sell off. Shares in Northern Star rose 2.9%, Newcrest Mining 1.9% and Evolution Mining up 4.2%.

Some analysts claimed that the Australian price rises was due to investors looking for safe havens, but global gold prices hardly moved yesterday.

The merger will see Kirkland Lake Gold shareholders will receive 0.7935 of an Agnico Eagle share for each share they hold. The deal values each Kirkland share at $C50.63, or a discount of 9% to the stock’s Monday close.

The combined miner will have a market value of approximately $24 billion.

Once completed the merger would also leave Agnico with $2.3 billion of available liquidity, a mineral reserve base of 48 million ounces of gold (969 million tonnes at 1.53 grams a tonne) and a pipeline of development and exploration projects.

The merged miner is expected to generate 3.4 million ounces of gold this year, making it the third ranked gold miner globally by output. The new company will be 54% owned by Agnico Eagle shareholders while those of Kirkland Lake will have a 46% ownership.

Around 2.5 million of those 3.4 million ounces will come from mining operations in Canada.

Kirkland Lake controls the rich Fosterville underground gold mine near Bendigo. In 2020 it produced more than 640,000 ounces of gold. That was nearly half Kirkland’s 2020 production of 1,369,652 ounce. That makes Fosterville one of the bedrock mines of the merged company.

The new Agnico Eagle will be led by a combined board and management team. Its current boss, Sean Boyd, will become executive chair of the board, while Kirkland Lake chief executive Tony Makuch will be the combined company’s CEO.

Both companies say they will be looking at $C2 billion in synergies over the next decade which sounds like a bit of ‘never never’ thinking about costs.

Global gold prices this week started retesting the $US1,700 an ounce level thanks to rising interest rates in the US and strengthening dollar offsets concerns about more persistent inflation.

The last year though has seen share prices of Agnico and Kirkland Lake stock fall by 39% and 20.4% in the past year. On Wall Street Kirkland Lake shares lost more than 75 in the wake of the merger announcement while Agnico shares dipped 1.6%.

Normally there would be a lot of speculation about a counter offer from industry majors Newmont or Barrick, but both companies seem to have abandoned aggressive growth by acquisition strategies while they take stock of their direction and try to make the recent M&A deals start earning their way.