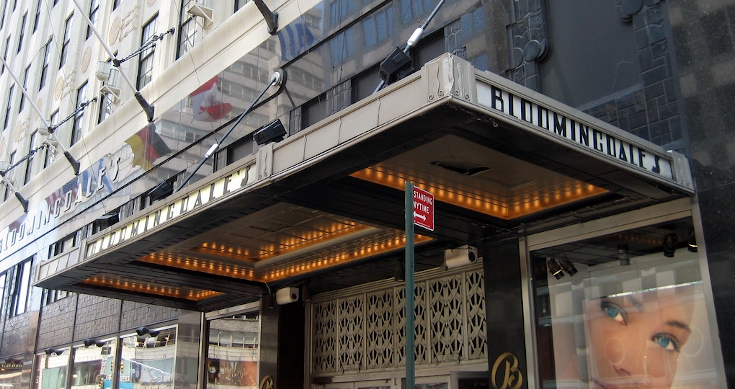 In a major surprise, US retail sales unexpectedly jumped last month instead of following July with another big fall as economists had forecast.

US government data showed retail sales rose 0.7% in August after the original 1.1% slide in July became a 1.8% fall after revisions.

Economists said the surprise rise showed the resilience of the US economy in the face of continuing Covid Delta infections across the country.

Other data on Thursday supported the stronger than forecast view of the economy – manufacturing activity surveys in several regions was stronger than forecast and although there was a small rise in weekly jobless claims, that was explained away by the lingering impact from Hurricane Ida in the South and northeast of the country.

Reuters said that after the release of the retail sales report, economists at Morgan Stanley raised their third-quarter GDP growth estimate to a 5.0% annual rate from a 3.3%. Goldman Sachs also raised its forecast to a 4.5% annual rate from a 3.5% rate, having lowered it to 5.25% early this month.

The economy grew at an annual 6.6% rate in the June quarter, so a slowdown looms this quarter, but according to forecasts it won’t be as big a fall as previously forecast.

The real source of concern though was in China where the embattled property giant, Evergrande seems to be staggering towards a collapse that will shake an already weak economy and creaking financial system.

Evergrande’s problems have been growing since May.It has 2 trillion yuan ($US305 billion) of liabilities and few assets and the growing fears have wiped nearly 80% off its stock and bond prices.

Now an $80 million bond coupon payment falls due next week – in the middle of a national holiday when markets will be closed or operating at low levels – which could be a godsend if it helps contain the damage.

Coupon payments usually have a period of grace (a month perhaps) so if that’s the case, it would give the government more time to arrange a more orderly collapse or restructuring.

Hong Kong was also hit by more selling in the six listed Macau casino companies after the territory’s Chinese directed government revealed plans to significantly tighten controls over day to day operations of the gaming palaces from next year when their licences are up for renewal.

In China the key CSI 300 index (combing blue chips from Shanghai and Shenzhen exchanges) is down 8.7% for the year to date on the fears the collapse  of Evergrande – managed or otherwise – will trigger a crisis in China.

Against that background the retail sales data for August, taken with the slight easing in the monthly and annual rate of consumer inflation in August, saw the Dow and S&P 500 fall but Nasdaq remain positive.

For some the data has advanced the chances of the Fed starting to taper its support by the end of the year, for others it allowed them to get antsy and push bond yields higher – the yield on the 10 year note around 1.33% and the US dollar rose, dropping the Aussie currency back under 73 US cents.

Gold was knocked for a six, pushed it down $US40 an ounce to around $US1,754 an ounce, a fall of 2.27%. Silver and copper both fell by more than 3% in something of a surprise sell-off but oil remained firm as the impact from Hurricane Ida continues with US oil stocks drained during the week to make up for lost production.

If the worries about China had been really real, then gold should have risen and US bond yields eased because of the safe haven effect – so far there’s been little sign of that as investors bet the damage will be contained to China and Hong Kong.

Unlike China, where retail sales slowed noticeably in August because of Covid Delta infections, the US retailing sector powered on as parents re-equipped their children for back to school, colleges re-opened and child tax credit payments from the government boosted incomes.

Forgotten was the negative impact of the weak August jobs report and its 235,000 new jobs instead of 730,000 as forecast.

Sales increased 15.1% from a year ago and are now 17.7% above their pre-pandemic level.

Sales were driven by a surge in online purchases, which offset a continued fall in new and used car sales.

Economists have been downgrading their gross domestic product estimates for the current quarter, falling motor vehicle sales, which are the result of an acute inventory shortage, and a flare-up of COVID-19 infections fuelled by the Delta variant of the coronavirus.

Online retail sales rebounded 5.3% after tumbling 4.6% in July. Most school districts started their 2021-2022 academic year in August, with in-person learning resuming after last year’s shift to online classes because of the pandemic.