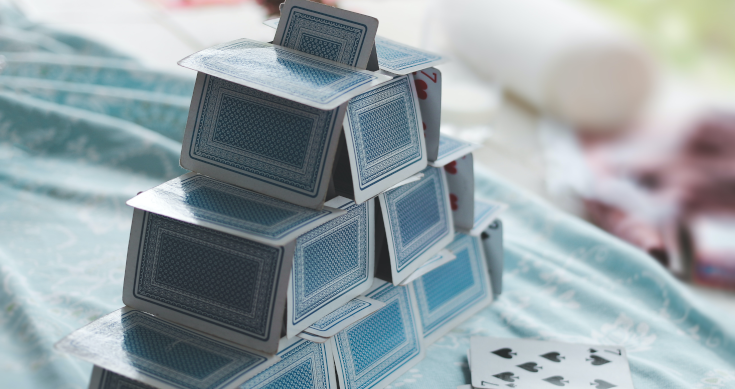 It’s going to be a very nervous weekend in China as the stricken property giant Evergrande staggers towards a possible implosion.

The Chinese economy is already staggering from the impact of a multitude of unwanted problems.

There are outbreaks of Covid Delta, sluggish investment and weak household consumption (as shown by a slowing in retail sales growth in August), high producer price inflation as well as the self-inflicted damage from President Xi Jinping’s directed crackdown on a widening range of companies and activities and the curtailing of carbon emissions by the steel, copper and aluminium industries.

With all these negatives the problems of Evergrande and its huge debt pile are the latest thing the Xi government wants at the moment.

And yet while Evergrande’s problems have been growing since May, the government has been slow (or loath) to attack the problem and resolve it.

Perhaps it’s the company’s 2 trillion yuan ($US305 billion or more than $A400 billion) of liabilities and few assets that has led to the present situation – an impasse that can either be resolved by government bailout (which the Xi government reportedly has made clear won’t happen) or an industry/business resolution with banks and other financiers taking big financial losses.

The growing fears for its future have wiped nearly 80% off its stock and bond prices and forced it this week to suspend trading in its bonds after a ratings group downgraded its credit standing, again.

Now an $80 million bond coupon payment falls due next week – in the middle of the Mid-Autumn national holiday when markets will be closed or operating at low levels – which could be a godsend if it helps contain the damage.

Coupon payments usually have a period of grace (a month perhaps) so if that’s the case, it would give the government more time to arrange a more orderly collapse or restructuring.

China’s central bank has been boosting liquidity in the country’s money markets for the past few weeks to try and keep small and medium businesses well supplied with credit and banks flush with cash as the economy has slowed and the Evergrande debt problems have loomed larger.

US ratings group Moody’s Investors Service downgraded Evergrande and its subsidiaries on September 7, citing a negative outlook. Fitch Ratings made the has made the same move, downgrading the company’s rating and that it views “a default of some kind as probable”.

Hong Kong’s Hang Seng index dropped to its lowest level so far this year and is down 9% so far in 2020, while the key CSI 300 index (combing blue chips from Shanghai and Shenzhen exchanges) is down 8.7% for the year to date on the fears the collapse of Evergrande – managed or otherwise – will trigger a crisis in China.

The big question for investors and markets inside and outside China is whether the government led by President Xi Jinping will allow Evergrande’s creditors to wear billions of dollars in losses or whether his communist government, which prizes stability and control, will intervene in some way to avoid a messy default and the damaging ripple effects it could trigger.

Evergrande was founded in 1996 in the Chinese province of Guangzhou by Hui Ka Yan who graduated from college in 1982 and worked in a steel factory before founding Evergrande, according to Forbes magazine, which lists his current net worth at $US11.4 billion, allegedly making him the 53rd richest person on its Billionaires 2021 list and the 10th wealthiest on its China Rich List 2020. That is obviously now a load of rubbish.

The company’s property management arm has a reported (on its website) 2,800 projects in 310 cities in China encompassing a total contract area of more than 680 million square metres.

To pay for all these ambitions – realistic or otherwise, it has built a debt mountain and now can’t pay for it because there’s very little cash flow. And falling property sales (which provided most of the cash) are continuing, as the company admitted on Tuesday in a statement.

Company officials said in Tuesday’s statement that they expect contract sales to continue to decline this month, “thereby resulting in the continuous deterioration of cash collection by the Group which would in turn place tremendous pressure on the Group’s cashflow and liquidity”.

The same statement revealed it had hired financial advisers (a bit belatedly) Houlihan Lokey and Admiralty Harbour Capital to help “assess the Group’s capital structure, evaluate the liquidity of the Group and explore all feasible solutions to ease the current liquidity issue and reach an optimal solution for all stakeholders as soon as possible.”

“In view of the difficulties, challenges and uncertainties in improving its liquidity as mentioned above, there is no guarantee that the Group will be able to meet its financial obligations under the relevant financing documents and other contracts,” the board said in its Tuesday statement.

“If the Group is unable to meet its guarantee obligation or to repay any debt when due or agree with the relevant creditors on extensions of such debts or alternative agreements, it may lead to cross-default under the Group’s existing financing arrangements and relevant creditors demanding acceleration of repayment,” they added.

The Xi government allowed Yongcheng Coal, Huachen Automotive, and Tsinghua Unigroup – all state-owned enterprises – to default on their debts over the past year. as the Xi Government and Communist Party gave a clear indication these companies were not important enough to save and only step in to save economically important firms.

Late August saw one of those near failures of an economically important company resolved when Huarong Asset Management, one of China’s big four state-owned asset managers and distressed debt collectors was saved. This company holds debts from previous financial and business crisis going back into the decade before 2000.

Huarong had warned in April of this year that it would be delaying its annual financial statements, which saw a collapse in bond prices. After a four-month delay, the accounts were released, revealing that a 90% drop in profits and growing financial strains and on the brink of collapse.

Given that it was responsible for mopping up non-performing and deteriorating loans in the traditional banking sector, Huarong’s failure would have triggered a severe contraction across the banking and finance sectors so the government arranged a bailout (worth $US7.7 billion) via state-owned CITIC and other government-controlled entities and thereby providing the best example of a company too big to fail.

Now the question for markets is whether Evergrande is in the same position.

It may be the country’s second biggest privately owned property developer but its problems are of its own creation and there are plenty of other property groups around to pick up any slack.

The latest eruptions of Covid Delta across parts of China have added to the pressures on the company, the economy and the country. So a nervous weekend and then a nervous week.

No matter if the coupon payment is made and more time is bought, Evergrande is a collapse waiting to happen, one way or another. And President Xi will get to be the mopper-up-in-chief.