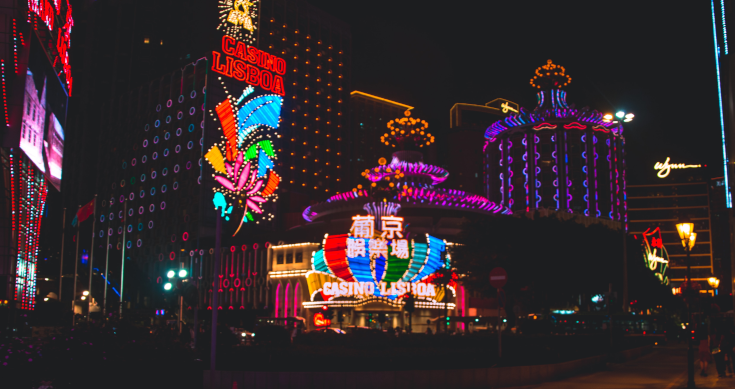 Xi Jinping’s attack on business and cultural activities such as online gaming and ‘effeminate’ men on TV and film has spilled over into the once vibrant Macau casino business.

In a shock announcement on Wednesday, the Macau government revealed plans to tighten rules over the casino sector.

The news saw Hong Kong-listed casino companies with operations in Macau plunge in Wednesday trading, weighed by fears of stricter regulations in the Asian gaming hub.

The falls wiped $US18 billions of dollars from market values from the market value of the listed Macau casino stocks, with another round of losses, though smaller on Thursday to take the total for two days to more than $US20 billion.

U.S. casino companies also fell, losing as much as $US4 billion in market value on Wednesday, with Las Vegas Sands Corp slumping to more than a year low and Wynn Resorts Ltd and MGM Resorts International dropping 8% and 5%, respectively.

James Packer and Crown are lucky they quit Melco in Macau a few years ago, otherwise there could have been a bit of a bloodbath on the ASX yesterday.

But the looming changes in Macau could help resolve the stalemate at Crown. James Packer is now resisting moves to sell out of the company (needed so that Crown can get its casino licence in Sydney) but investor concerns about the Macau will now see more interest in Crown and the Packer stake (and even the Barangaroo casino, especially from US investors who have already been sniffing around crown – Apollo and Blackstone.

It could see US casino companies moving from Macau to Australia via a bid for the Crown Casino licence in Sydney or a bid for Crown itself.

Macau’s move has echoes of the mainland government’s crackdown on internet companies, online gaming excesses (in its mind) by teenagers (and some adults), ventured into moralistic judgements about TV and film content and the behaviour of stars as well as tightening rules on data and corporate independence, even for giants like Tencent, Alibaba and Baidau.

The crackdown is all about greater government control over every aspect of Chinese life, and reining in the once independent private corporate sector – Macau and Hong Kong are good examples of independent companies that now require tighter controls.

So any collateral damage in Macau from a tightening of casino rules would be regarded as minor for the objective of making sure Macau (and Hong Kong) join the Xi Jinping crusade to return greater china to a Maoist form of lifestyle.

That saw the shares of six casino companies – Melco, Galaxy Entertainment, Sands China, Wynn Macau, and MGM China Holdings – slump by between 20% to 32.5% on Wednesday after news of the possible tightening emerged.

The Macau government had released a document Tuesday that included recommendations such as only allowing gaming-license holders to distribute profit to shareholders after gaining government approval, and for government representatives to directly supervise gaming companies, among other measures.

The document came as officials started a 45-day public consultation process to revise the city’s gaming regulations (in reality, tighten these rules).

Analysts claimed any possible tightening of supervision and regulations for gaming licenses would cause uncertainty for casinos regarding capital management, earnings and their day-to-day operations.

Reuters reported that Macau Secretary of Economy and Finance Lei Wai Nong told the media that Macau is working toward the “healthy and sustainable development” of the casino industry, focusing on improvements to casino regulatory systems.

Analysts say the looming regulatory changes are linked to licence renewals for the six casino companies, all of whom have licenses that are set to expire in June 2022.

If the six companies want to continue in Macau they will have to cop the changes or face losses when they sell and leave.

Reuters reported that JPMorgan downgraded Macau casino stocks under its coverage to underweight or neutral from an overweight rating, citing a lack of clarity on how stricter regulations might affect casinos.

“We admit it’s only a ‘directional’ signal, while the level of actual regulation or execution still remains a moot point,” JPMorgan said in a note on Wednesday.

“That said, we think this announcement would have already planted a seed of doubt in investors’ minds, which is probably enough to de-rate these names until clarity emerges on key points, an event that’s unlikely to happen this year, in our view,” JPMorgan said.

Normally news like this would see a flood of investor money to other casino sectors across Asia, including Australia. But the problems at Crown Resorts and the looming licence renewal process for Star, in Sydney will mean that hot money bypasses Australia.

While shares in Crown and Star Entertainment saw small falls yesterday, Tabcorp (which is looking to split itself by selling its lotteries and Keno operations edged up 0.4% after being up more than 2% at one stage.