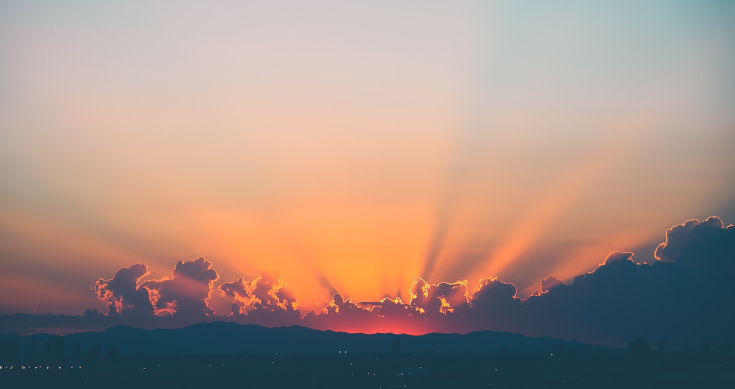 Reserve Bank Governor Philip Lowe has repeated his belief (shared by the NAB in its latest monthly business survey; see below) that the Australian economy will see some gloom before any boom.

In fact, both the NAB and Dr Lowe are on the same page so far as the outlook for the economy is concerned, judging from what the NAB wrote yesterday in its August business survey and what Dr Lowe told the Anika Foundation in his yearly address to the charity (virtually),

Dr Lowe reckons (as he did in his post-RBA monetary policy meeting statement a week ago) the Australian economy will recover quickly from what he expects will be a significant hit this quarter (and slower than expected growth in the three months to December) caused by pandemic-related lockdowns across the country.

Dr Lowe said the economy was likely to contract by at least 2%, or even “significantly” more, in the September quarter due to restrictions across NSW, Victoria and the ACT.

“On the economy, our central message is that the Delta outbreak has delayed – but not de-railed – the recovery of the Australian economy,” he said (he described this in last week’s statement as a ‘temporary’ hit).

“The outbreak is a significant setback for the economy and it has introduced an additional element of uncertainty about the future. But there is a clear path out of the current difficulties and it is likely that we will return to a stronger economy next year.”

Dr Lowe said the economy should start re-growing in the December quarter, with the key factors being the level of vaccination across the community and the easing of restrictions.

“While it is hard to be precise about the pace and timing of this bounce-back, in the RBA’s central scenario, economic activity is expected to be back on its pre-Delta track by the second half of next year,” he said.

“Most people are keen to do the things they used to, and they will spend if they have the opportunity and the income.

“While the increase won’t be as large as that of last year, it will mean that many people have more money in the bank than they did pre-Delta.”

The most notable news from last week’s monetary policy meeting was the decision to trim the weekly bond purchases by 20% to 44 billion, but extend them to mid-February at the earliest from November.

At the time Share Cafe explained that was to continue to support the economy and its recovery from the current slump, and Dr Lowe made that very clear in his speech on Tuesday, with an added dose of insurance against any future slowdowns:

“Given that the recovery has been delayed, we considered it appropriate that we delay any consideration of a further taper in our bond purchases until next year.

“By February we will know more about how the economy is responding to the easing of restrictions than we will know in November.,” Dr Lowe said.

“We also took account of the fact that the delayed recovery means that it will take longer to achieve our inflation goals. Continuing with the bond purchases at the announced rate for a longer period will also provide some additional insurance against downside scenarios.”

Thursday sees the August Labour Force report from the Australian Bureau of Statistics with a sharp rise in unemployment from July’s unrealistic low of 4.6% to well over 5% with perhaps 250,000 to 350,000 people added (hopefully temporarily) to the list of those unemployed or on zero hours.

Dr Lowe said the bank believed hours worked were likely to fall by between 3% and 4% in the September quarter, with the jobless rate tipped to reach the “high fives” for a short period of time.

But not everything in the economy is rosy and just waiting. Many small and medium businesses are suffering and Dr Lowe said these businesses were facing difficult conditions, noting some were in a “wait, survive and see” mode due to large falls in revenue.

“Government assistance is helping, but the longer they have to wait before reopening, the more difficult things will become and the greater the potential damage to this important part of the economy. For some businesses, there is a limit to how long they can wait.

“So the sooner we can open safely the better,” he said. That is everyone’s wish.

Meanwhile, the National Australia Bank remains confident the economy will enjoy a solid rebound once lockdowns ease in NSW, Victoria and the ACT.

In its August survey of business conditions and confidence (which were bad, but not quite as bad as one might have thought) the bank’s chief economist, Alan Oster said:

“There are also signs that progress on the vaccine rollout and growing certainty that lockdowns will end in coming months are providing a reason for optimism.

“The economy remains well positioned to rebound once restrictions are eased,” he added

The NAB survey showed both conditions and confidence enjoyed a small improvement in the month, though the latter remains well into negative territory, reflecting a sharp deterioration in Victoria and more generally, the degree of uncertainty in the economy as lockdowns persist and the timing of a full re-opening remains unknown.

“That said, business conditions are still elevated – and rebounded in both NSW and SA in the month – and remain well above average in all states,” the NAB pointed out.

The NAB said business conditions rose by 4 points to +14 index points in August after falling sharply in June and July.

Improvements were seen in both the trading and profitability sub-indexes, while employment edged down further. That in turn saw business conditions remain elevated above their average across all states.

“While lockdowns in NSW and Victoria and shorter disruptions across other states continue to impact businesses, trading and profitability conditions improved slightly in August. Overall conditions improved 4pts, indicating some resilience in the economy under difficult circumstances,” said Mr Oster.

“Conditions improved noticeably in NSW as well as in South Australia in August – two states that experienced sharp declines the previous month – but deteriorated somewhat in Queensland and Tasmania, while conditions in Victoria and Western Australia were largely steady,” said Mr Oster.

Business confidence ticked up slightly, up 2 points to -5 index points.

“Confidence remained low or negative in NSW, Vic and Queensland, and across most industries, with confidence declining even in mining and construction after these had previously held up. Confidence improved somewhat in NSW but declined in Victoria, leaving both states deep in negative territory.

“Confidence remained at significant lows in August, reflecting the heavy toll of restrictions. The two largest states moved in opposite directions, with confidence improving somewhat in NSW as the vaccine roll out picked up pace but deteriorating in Victoria as lockdowns were extended.

“Still, the falls in confidence have not been as severe as those seen in 2020, with the availability of vaccines providing some reason for optimism,” said Mr Oster.

What does this mean for the outlook? The current third quarter will be tough but a rebound is on the cards, according to the survey.

The NAB says the resilience shown in the survey during the current lockdowns “likely reflects the healthy momentum in the economy before the lockdowns, ongoing fiscal and monetary support as well as greater certainty that the lockdowns will end as vaccines roll out.”

“While we expect a large hit to activity in Q3, the survey supports our view that once restrictions are eased, activity will rebound.

“Beyond the rebound, healthy business investment and hiring will need to be maintained to see ongoing growth in the economy – and for now, investment intentions and job vacancies continue to point to ongoing growth,” the bank said optimistically.