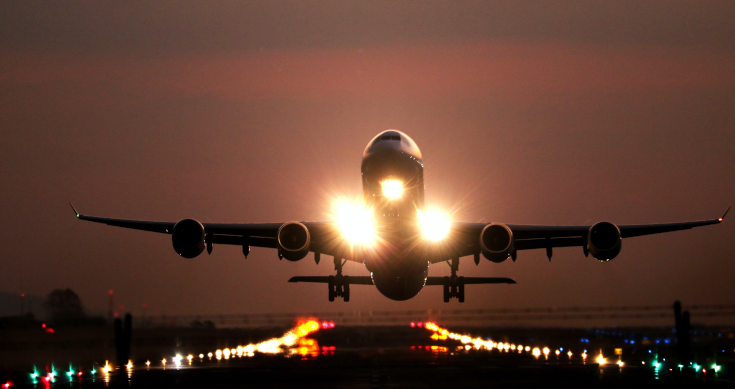 Qantas shares dipped yesterday after the Australian Competition and Consumer Commission quashed an application from the airline and Japan Airlines (JAL) to coordinate flights because it would hurt competitors like Virgin Australia.

The regulator said in a statement on Monday morning that the proposed alliance would “likely lead to reduced competition” once international travel swings back into action when international borders re-open.

The ACCC said the alliance would be “to the detriment of passengers” travelling between Australia and Japan and did not pass the ACCC’s public benefits test.

The decision saw Qantas shares ease 1% to a low of $5.20 in a market that was up slightly on a variable day’s trading. The shares later retraced most of the losses to close down just 0.2% at $5.31.

Qantas (and its budget arm, Jetstar) and JAL accounted for about 85% of passenger traffic between the two countries before the pandemic. They were the closest competitors on the Sydney to Tokyo route and the only airlines on the Melbourne to Tokyo route, according to the ACCC’s statement.

Virgin competed before the pandemic, while Japan’s ANA Holdings is now the only other airline that flies non-stop between Japan and Australia.

“The ACCC concluded that granting the authorisation would not only remove competition between Qantas and Japan Airlines, it would make it very difficult for other airlines to operate on routes between Australia and Japan,” the ACCC said.

“Virgin Australia told the ACCC that it would be more difficult to enter the Australia-Japan route if it is required to compete with Qantas and Japan Airlines acting jointly rather than as individual competing airlines.”

The ACCC said it was looking at longer-term benefits of competition, rather than the short-term benefits of the alliance quickly reinstating travel once border restrictions are lifted – which is how Qantas and JAL had argued their case.

“Preserving competition between airlines is the key to the long-term recovery of the aviation and tourism sectors, once international travel restrictions are eased,” Rod Sims, the ACCC chair said in the statement.

As was to be expected, Qantas and JAL expressed disappointment with the ACCC decision in a joint statement on Monday, though they said they would continue their codeshare arrangements and oneworld alliance partnership.

JAL senior vice president Ross Leggett said the joint venture with Qantas would have accelerated the recovery of leisure and business traffic between Japan and Australia.

Qantas spat the dummy, saying later that Qantas says it will cancel plans to launch a new service from Cairns to Tokyo after the ACCC decision.

Meanwhile, shares in Sydney Airport jumped yesterday after the company has provisionally accepted a third and higher offer from a group of super funds from Australia and offshore to grab control of the country’s biggest airport – that remains all but empty.

The shares rose 4.6% to $8.37 after the bidders said they will now look at Sydney Airport’s books over the next four weeks and decide whether to turn their non-binding higher price into a hard and fast offer.

It would be highly unlikely that due diligence would turn up anything untoward in Sydney Airport’s books – the only imponderable is political and health driven – how long before the borders are opened and air travel starts returning to normal.

They are decisions that depend on Covid Delta, state and federal governments and the impending federal election.

In a statement to the ASX on Monday morning, Sydney Airport revealed (the news had been leaked to market writers in the media on the weekend) it had received a third offer at $8.75 a share, up from the second offer of $8.25 a share and the initial lowball price of $8.25.

Sydney Airport had rejected the two earlier bids as being too low and “not to be in the best interests of Sydney Airport securityholders.”

“Having taken advice, and considering all the relevant factors, Sydney Airport intends to grant the Consortium the opportunity to conduct due diligence on a non-exclusive basis to enable it to put forward a binding proposal, subject to entry into a Non-Disclosure Agreement on acceptable terms.

“That due diligence is expected to take 4 weeks from entry into the Non-Disclosure Agreement.

“Should the Consortium make a binding offer at A$8.75 cash per stapled security then, subject to the parties entering into a binding scheme implementation agreement on terms acceptable to Sydney Airport (including as to the timeframe to implementation), and Sydney Airport having completed an assessment of the conditionality of the binding offer to its satisfaction, the current intention of the Boards is to unanimously recommend that securityholders vote in favour of the proposal in the absence of a superior proposal and subject to an independent expert concluding that the proposed transaction is in the best interests of Sydney Airport security holders.”

“The Boards note that there is no certainty that the Further Revised Indicative Proposal, or provision of access to the Consortium to conduct due diligence, will result in a binding offer for Sydney Airport,” the statement from Sydney Airport ended.

The small rise in the price  does indicate some wariness on the part of existing investors – there won’t be a counter offer because the market is not signally there is one in the offing. That’s because the share price is so far under the mooted third price of $8.75.

Overseas arrivals and departures data from the Australian Bureau of Statistics later today will underline just how far Sydney Airport, Qantas and other parts of the aviation sector remain behind where they were two years ago. The data will also confirm the size of the gap to be filled by the new owners if the bid succeeds.

If recovery from Covid Delta is fitful and uneven in 2022, then this bid could prove to be a timely exit price for Sydney Airport shares – but not UniSuper which is a 15% shareholder and has joined the bidders.