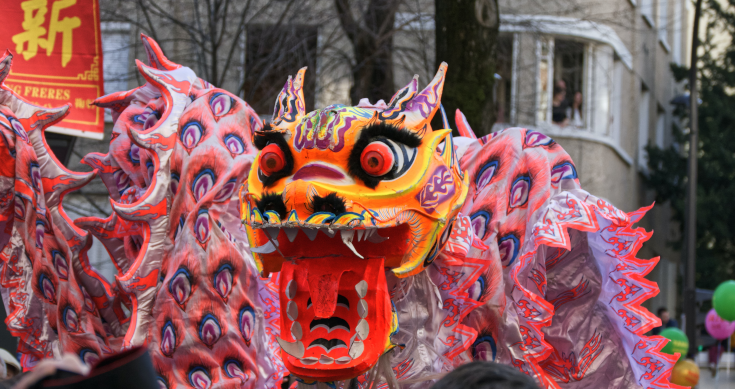 As readers of Share Cafe would have realised by now, iron ore prices have slumped sharply since their May highs as the Chinese government attempts to cut carbon emissions and punish Australian iron ore exporters ahead of the Glasgow climate change summit and then the Winter Olympics near Beijing in February 2022.

In fact, Share Cafe started reporting the government campaign in June and July amid reports of changes to tariffs and export taxes to try and force Chinese steelmakers to source more finished product from offshore (thereby exporting pollution and carbon emissions) and announcing plans to restrict June-December crude steel production so that total 2021 output was no more than 2020’s record 1.065 billion tonnes.

It isn’t, iron ore has already taken a massive price hit before the AFR’s front page discovery on Thursday. The Metal Bulletin’s Fastmarkets index hit an all-time high of $US237.57 a tonne on May 12 this year for 62% Fe fines (the sort shipped from the Pilbara and the global benchmark) shipped to northern China)

China’s campaign against steel industry carbon emissions started in April and has continued to the point where data next week will show it has helped depressed production across wide sections of the economy.

High Producer Price Inflation isn’t helping sectors such as steel either at an annual rate of 9.5% in the year to August – the highest rate since mid 2008.

Chinese iron ore imports have started falling compared to last year and steel production is also under pressure, along with aluminium, copper and other polluting industries.

The falling price of iron ore may be helping the bottom line of the steel mills (even if weakening demand is offsetting those gains), but record prices for coking coal from non-Australian sources is hurting them badly.

The current record prices for premium hard coking coal in Asia of more than $US475 a tonne – the type normally shipped by BHP and a couple of other Australian exporters (South32) to China and other countries but now going to Japan, South Korea, Taiwan and India at lower prices, but still more than double a year ago.

Chinese steel mills are being forced to pay this record prices for coal from the US, Mongolia, Russia and domestic miners, which in turn has sent the government off on a witch hunt to try and find those pushing prices higher.

Thermal coal’s surge has been underway now for months and there’s more to come with Chinese power stations – and those in India – seriously short of coal.

That’s why LNG prices are at record highs in Asia as well. And its why the price of shares in Whitehaven Coal, the NSW thermal and soft coking coal miner and exporter, have surged nearly 80% so far in 2021.

The coal shortage and soaring prices has been triggered by an unusual conjunction of events – bad weather in Australia in March and April, damage to one of the two big coal loaders at Newcastle, bad weather and flooding in Indonesia, drought and record temperatures across the US which has seen demand for US coal fired power leap (and gas prices hit 7-year highs this week).

India has had a mix of hot weather and heavy monsoonal rains (as has central and southwest China) and there are reports of the government trying to redirect surplus coal stocks to power stations short of supplies.

That has been accentuated by a shortage of coal from other sources – Indonesia because of the bad weather, Covid Delta outbreaks in China in July and August, in parts of the US and Canada (plus fires in Canada’s western coal fields).

There’s also a shortage of shipping and high shipping costs. As well there’s been numerous mentions of coal shortages across China’s power station network (especially the thermal stations), coal imports from Mongolia have been hit by Covid, and shipments from Russia are being priced out of the market.

There are numerous reports of price gouging in coal mining areas with the central and provincial governments announcing inquiries and the main coal producing provinces are cracking down on safety violations and forcing mines to close to repair deficiencies.

Last Friday, Shanxi – China’s leading coal mining province – reportedly ordered all its coal mines to carry out a two-month safety inspection, and said those which failed to comply would be shut down for rectification.

A state-owned coal mine with an annual output capacity of 6 million tonnes has already been closed for at least a month by the Shanxi government after a fatal accident occurred last week, according to Reuters.

The government has started a fresh round of price probes in coal mining regions including Shanxi and Inner Mongolia, aiming to find and stop illicit price hikes and to stabilise the market (that is, end the price surges).

And above all this is the 2020 ban on imports of coal from Australia by the Xi Jinping government, which when combined with the other events, has seen thermal coal prices more than double to around $US175 to $US179 dollars a tonne on the Newcastle thermal coal index and helped trigger the more than doubling in the cost of coking coal.

Chinese thermal coal futures topped $US170 a tonne this week for the first time ever.

Asia now has a two-tiered market – the high prices for coking coal are being in China – Australian coking coal shipped to steel mills elsewhere is cheaper, giving mills in Japan, South Korea and Taiwan a small but significant cost advantage. Thermal coal exports from Indonesia now sell for more than $US100 a tonne, the highest on record (Indonesian thermal coal is much lower in quality that coal from Australia).

And premium hard coking coal (the sort BHP produces) and hard coking coal (from some NSW and Queensland mines) are now at record levels of more than $US440 to $US475 a tonne (cfr, including freight and insurance and other costs).

Chinese coal imports totalled 198 million tonnes in the 8 months to August, down from 220.8 million tonnes for the same period of 2020 which includes the start of the ban on Australian imports.

So while on the one hand the Chinese government’s aggressive policy stance towards the steel industry (and aluminium which has shut more than 3 million tonnes a year of annual production because of power shortages and emission controls) is taking a big bite out of iron ore prices, and Australian income, it has contributed mightily to record prices of Australian exports of coking and thermal coal, and for Australian LNG in the Asia basin.

For two months now China’s planners have been fretting about a shortage of coal and gas for the country’s power stations ahead of the winter heating season that starts November 15 and runs to March 15. They have been urging local coal companies to boost production to rebuild power station stocks ahead of the cold weather. But at the same time the industry has been hit with numerous safety inspections and other official action, curtailing output.

There could be a lot self-inflicted pain to come for China this northern winter.