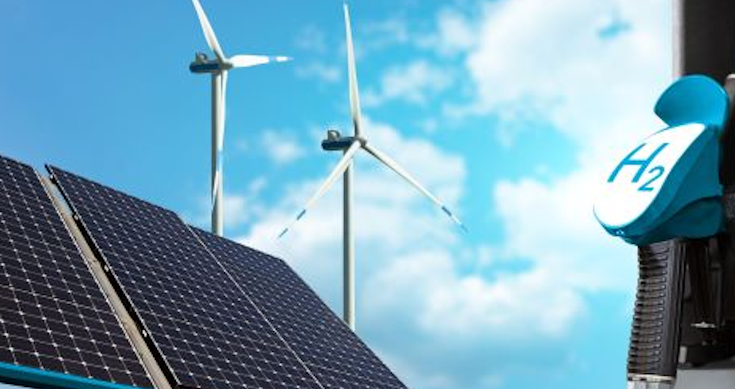 You may be aware that one of the so-called clean energy supplies of the future is hydrogen. It is being touted as a clean energy solution. However, it’s worth understanding that the production of hydrogen can result in carbon emissions, or CO2 and it isn’t necessarily as clean you might think.

Hydrogen is the most common element on the planet and it makes up over 95% of the universe. But it is rare to find hydrogen in its purest form, which is an odourless but flammable gaseous substance. Hydrogen is usually an element of some other substance such as water or gas. This base determines carbon emissions.

As the world transitions to infinite clean energy away from fossil fuels, it’s important for investors to have exposure to a diversified portfolio that invests in a variety of clean energy producers and technology and equipment businesses supplying the sector. With investors mindful of the global commitment to Zero Net Carbon, an exchange traded fund (ETF) focused on the broader clean energy sector can deliver exposure to companies involved in producing green hydrogen, along with other key renewable energy businesses which are all benefiting from huge investment.

Reflecting that growth and strong capital returns, the S&P Global Clean Energy Index has delivered a one-year total return of 48.6% as of 30 July 20211. Therefore, having a diversified investment perspective is important to spread your risks.

The rise of hydrogen

Like electricity, hydrogen (H2), delivers energy in an easily usable form that can be transported. Central H2 production plants can produce energy for transportation to the point of end use. Liquid hydrogen is the most cost-effective form of hydrogen to transport.

In North America today, more than 95% of hydrogen is produced by large-scale steam methane reforming (SMR). This is the most cost-effective method of hydrogen production, but it also results in a by-product: CO2.

During VanEck’s recent Visionaries and Innovators with the Hon Malcolm Turnbull, he discussed different methods for hydrogen energy production including Andrew ‘Twiggy’ Forrest’s push for ‘clean’ hydrogen; “oils ain’t oils and hydrogen ain’t hydrogen” he said. It highlights the importance of understanding the ‘clean energy’ complex.

As table 1 shows, the “cleanest” hydrogen production comes from water.

Beyond hydrogen and the entire clean energy complex 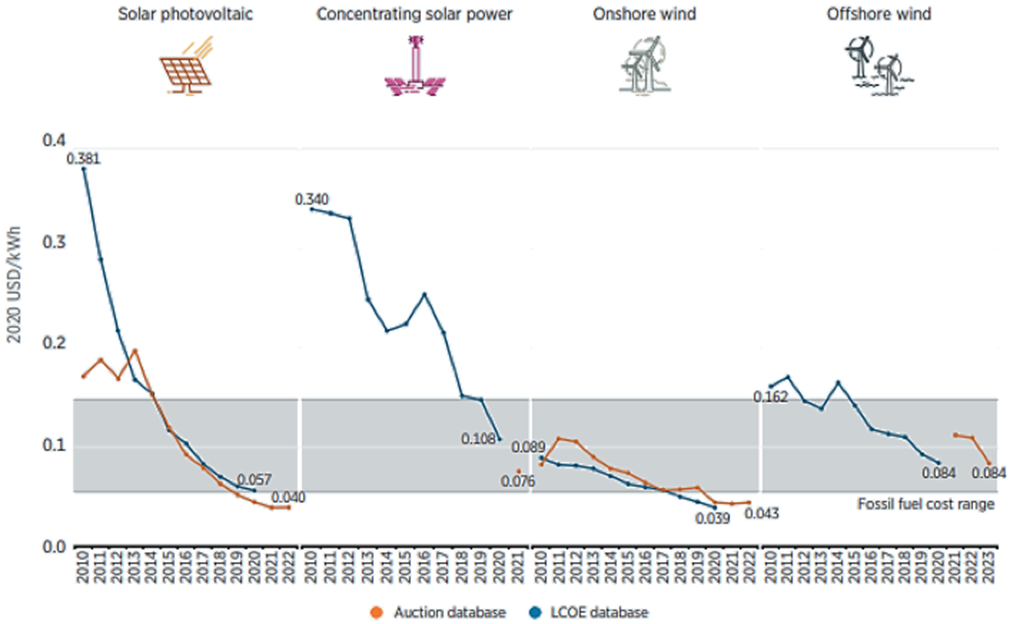 As shown in Figure 2 below, almost three-quarters of CO2 emissions come from energy use, almost one-fifth from agriculture and land use, and the remaining 8% is from industry and waste. 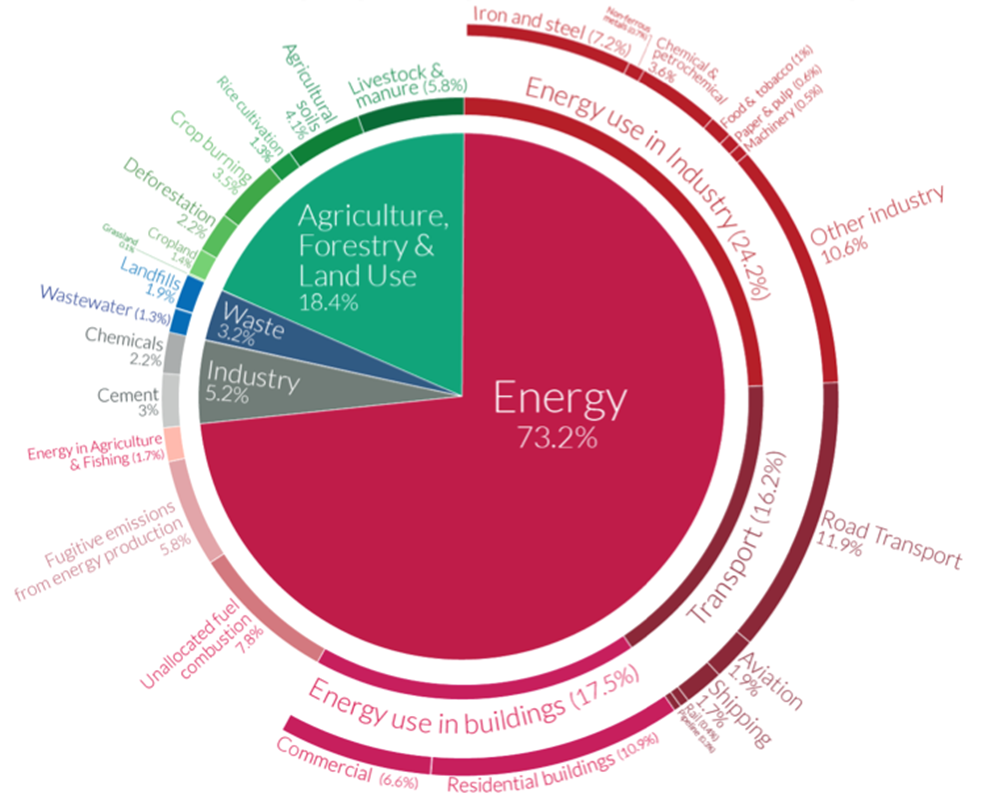 Source: Climate Watch, the World Resources Institute (2020) and Sector by sector: where do global greenhouse gas emissions come from? by H. Ritchie, 18 September 2020 via ourworldindata.org. Note: This chart shows the breakdown of global greenhouse gas emissions in 2016. This is the latest breakdown of global emissions by sector, published by Climate Watch and the World Resources Institute.

Unequivocally, the burning of fossil fuels for energy produces the lion’s share of carbon emissions and is the driving force of climate change.

This is why most, if not all, government climate policies around the world are focused on energy as the primary vehicle to reduce carbon emissions; while funding and investments are being directed to clean energy producers, and clean technology and equipment that enables us to transition away from burning fossil fuels. 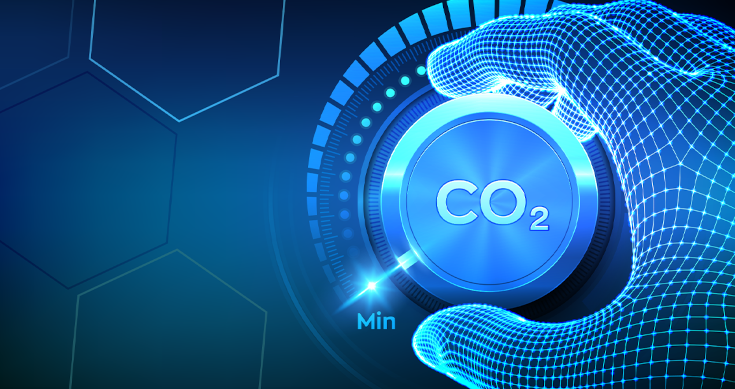 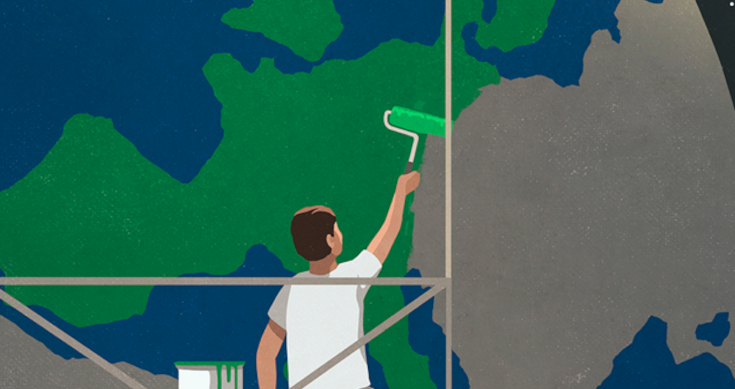 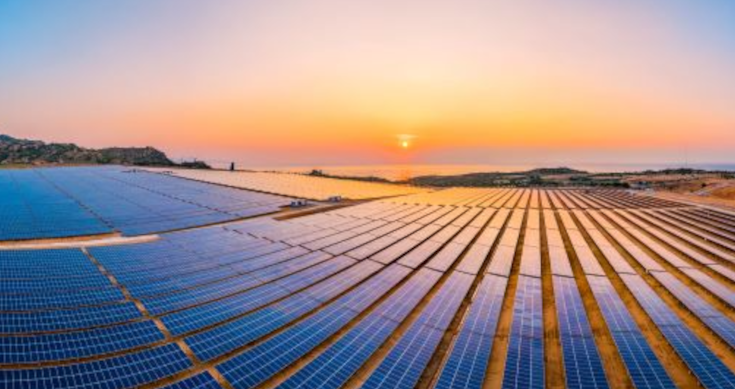 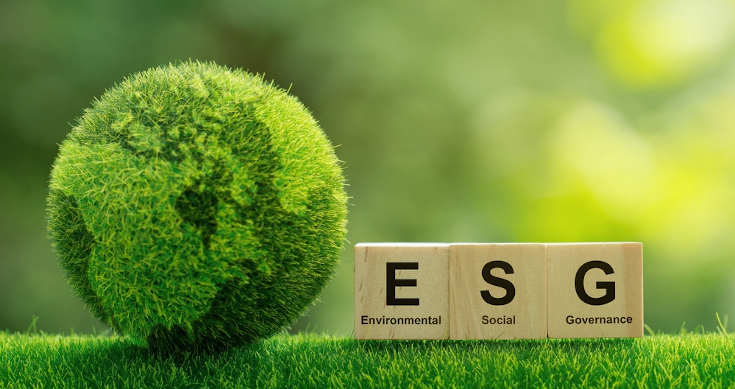 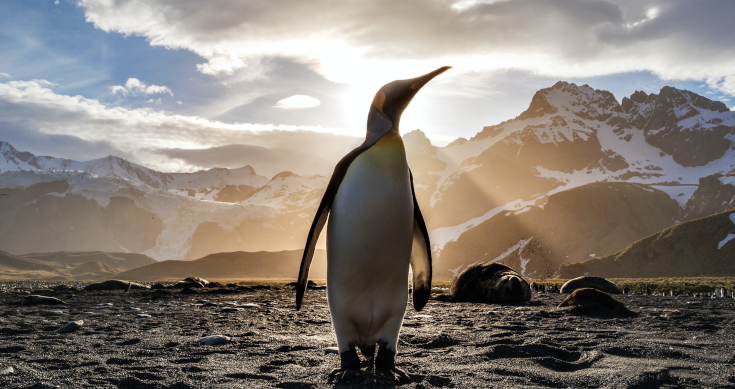