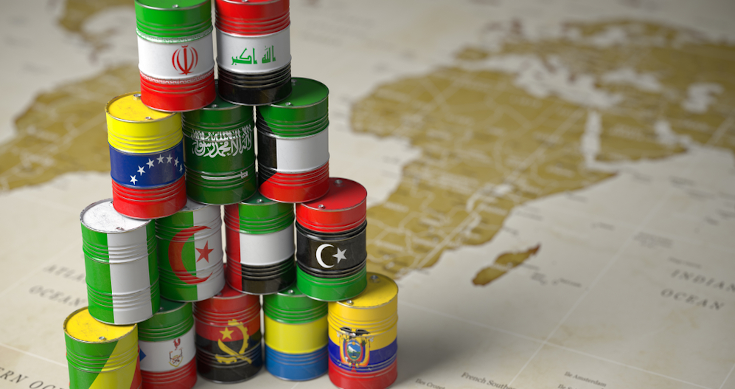 Oil prices reacted with barely a bump after the OPEC + group agreed to stick to its existing policy of gradual oil output increases, despite revising its 2022 demand outlook upwards and continuing pressure from the US to let output grow faster.

OPEC and its allies led by Russia agreed in July to add 400,000 barrels a day (bpd) of oil output a month, which will shrink the size of the production cap in place now for the best part of 18 months.

The decision means OPEC+ will release 400,000 bpd to the market in October again, after already doing so in September. The next OPEC+ meeting is scheduled for October 4.

The news saw US West Texas Intermediate prices settle a touch higher (0.1%) at $US68.59 a barrel. The price dipped in early Asian trading to around $US68.25 a barrel. Brent had traded before the oPEC+ decision became known (it was widely expected).

“While the effects of the COVID-19 pandemic continue to cast some uncertainty, market fundamentals have strengthened and OECD stocks continue to fall as the recovery accelerates,” OPEC+ said in a statement.

OPEC+ on Tuesday revised the 2022 oil demand growth forecast to 4.2 million bpd, up from a previous 3.28 million bpd, potentially building the case for higher output in future.

The Biden administration has called for speedier output increases by OPEC+ when benchmark Brent crude traded above $US70 a barrel – it was at $US71.29 a barrel in early Asian trading Thursday.

Rystad Energy’s head of oil markets Bjornar Tonhaugen told Reuters that it was not yet clear “whether demand will be able to grow as quickly as OPEC+ and the market predicts, given the risk of new lockdowns to fight the unresolved COVID-mutant spread.”