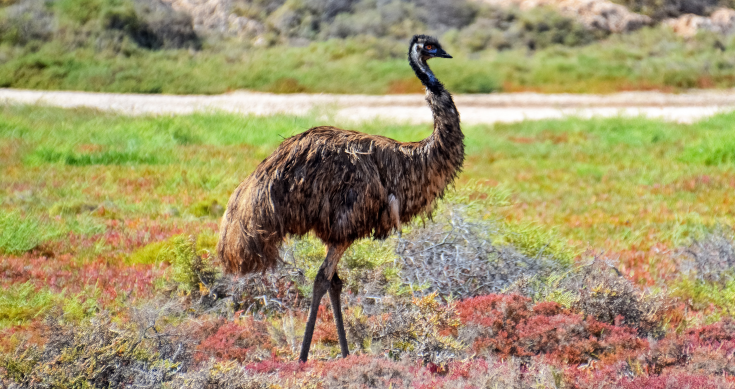 As expected, Qantas clocked up a massive loss in the year to June 30 thanks to the continuing impact of Covid and its variants on domestic and international travel.

In a statement to the ASX before trading started on Thursday, the airline though said it had started 2020-21 “in a fundamentally better position to deal with uncertainty and manage its recovery compared with 12 months ago.”

But the new outbreaks of Covid Delta and the lockdowns are a worry, according to CEO, Alan Joyce.

The company said its underlying profit before tax for the year to June was $1.83 billion but the statutory loss before tax – which includes one-off costs such as redundancies and aircraft write downs – was $2.35 billion.

Underlying earnings before interest, tax, depreciation and amortisation was $410 million (which ignores all the one-offs), in line with guidance provided in May.

“Periods of open domestic borders in the second half saw significant cash generation by Qantas and Jetstar, which helped the Group to reduce net debt from $6.4 billion in February 2021 down to $5.9 billion by the end of June.

“Throughout the year, cash flow was underpinned by continued strong performance by Qantas Loyalty and significantly higher international yields for Qantas Freight.

“As well as delivering an essential service under very challenging circumstances, the Group made significant progress towards its recovery program.

“Planned rightsizing is largely complete and much restructuring has been implemented. Central to these changes has been the ability to better manage costs in the face of sudden border closures. Cost benefits from the recovery program were ahead of expectations for FY21 at $650 million,” Qantas said.

In Thursday’s statement Mr Joyce said that the recent outbreaks and associated domestic and trans-Tasman border closures “are expected to have an impact in the order of $1.4 billion on the Group’s Underlying EBITDA in the first half of FY22.”

“Unfortunately, the extended border closures will also extend the stand downs of domestic crew and airport staff beyond the eight weeks previously announced – however, no job losses are expected.”

Looking to the future, Qantas said that it has called for expression of Interest process to sell up to 14 hectares of under-developed industrial land in Mascot, “which, if sold, could unlock several hundred million dollars to further assist with debt reduction.”

At June 30, Qantas said it had total liquidity of $3.8 billion – made up of $2.2 billion in cash plus committed undrawn facilities of $1.6 billion.

“Major cash outflows associated with redundancies, refunds and delayed supplier payments are largely complete. The Group has more than $2.5 billion in unencumbered assets. Net capital expenditure for the year was $693 million, mostly for maintenance on the Group’s fleet.

“Progress is ahead of schedule, with $650 million in benefits delivered in FY21; this is targeted to increase to $850 million by the end of FY22,” the airline added.