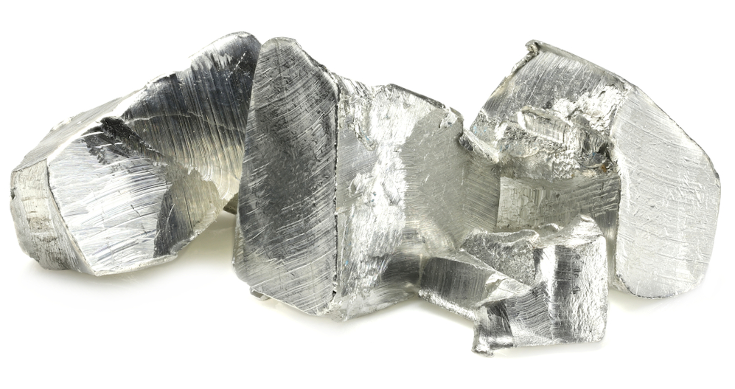 This month the tin price on the London Metal Exchange (LME) hit historic highs above US$36,000 per tonne. This compares to a tin price of around $13,000/t just over 18 months ago. It’s a serious surge according to anyone’s measure and it seems to be sustaining as supply tightens and demand for the silvery metal picks up speed.

That’s right, it’s a super squeeze, tin is being pulled by both sides of the market equation. Back in May, stocks of tin metal in LME warehouses shrank to less than one’ day’s consumption for the global market. Concerns over disruptions to production in Myanmar following its military coup have added to the upward price pressures. The Southeast Asian nation is the world’s third-largest producer behind Indonesia and China which have supply headaches of their own and are hardly poster producers in an emerging ESG world where buyers are asking more questions with regard to propriety and provenance.

On the flip side, tin is in demand. It’s the metal that is most sensitive to the increase in new green, hi-tec and smart technologies, decarbonisation, and electrification – for its main use in solder, the electronic glue in semi-conductors, printed circuit boards; and the role it plays in battery additives and battery anodes. In fact, tin was singled out as the market most favourably impacted by the technology revolution relative to its size in a 2018 Massachusetts Institute of Technology (MIT) study commissioned by Rio Tinto.

Of all its metal peers, tin has the broadest potential uses in autonomous and electric vehicles (EVs), renewable energy, advanced robotics, advanced computation/IT, and lithium-ion batteries where the metal offers a potential solution for one of the most concerning problems – their propensity to catch fire, in a manner that is very difficult to extinguish. This is the alarming “secret” of EVs, with which the industry is grappling, behind-the-scenes. The occasional “thermal runaway” phenomenon in a lithium-ion battery can’t easily be prevented, and no-one wants to be sitting in their Tesla at the red light and experience spontaneous combustion of the battery.

But if tin is used as a coating inside the parts of lithium-ion battery, it could be the solution to the problem, Christopher Ecclestone, principal at mining and energy research and advisory firm Hallgarten & Company, told Mining Network’s August 2021 Tin Outlook.

So can low-profile tin continue to fly high? According to industry body, the International Tin Association (ITA), global refined tin demand is forecast to steadily increase steadily over the next decade, as it services the technology revolution, at a minimum rate of 1.8% a year and the more likely scenarios of 3%-5% a year. Production supply is also growing, but at a materially lower rate than demand and at increasing costs. There is a forecast tin supply deficit of between 30,000 tonnes and 40,000 tonnes a year by 2025, and a possibly larger deficit after that.

This is where Elementos (ASX: ELT) comes in.

The company also owns the Cleveland project in Tasmania. Previously mined in 1908-1917 and 1968-1986, Cleveland has a hard-rock JORC Resource of 7.47 million tonnes (Mt) at 0.75% tin and 0.3% copper. In March, Elementos announced the resumption of exploration at Cleveland – a four-hole program that has been affected by an Australia-wide shortage of drilling rigs – but Oropesa is definitely the main game.

That comes from the project’s May 2020 “Economic Study,” which found that at a tin price of US$19,750/tonne, the mine could potentially generate an annual gross revenue of more than US$48 million against a forecast operating cost of US$28 million per year or cash cost of US$11,534/tonne of metal. With tin prices now above US$30,000/t this year, the metrics start to stack up very well.

Perhaps this is why Elementos chief executive Joe David says the company is now “accelerating Oropesa to production”.

“Further to the high level of project engineering and definition delivered by the Economic Study, the company announced in July that it was bypassing a Pre-Feasibility Study in favour of a Definitive Feasibility Study (DFS) after significant tin interceptions were returned from our recently completed 44-hole drilling program (with two re-drills, a 46-hole program),” says David.

“We are waiting-on the assays of a further eight holes (a common problem due to the recent metals price boom), but all up, we expect that our updated mineral resource estimate should be release to the market in October.

“Effectively the primary goal of that program is to increase the confidence in the inferred resources into measured and indicated resources – that means our Mineral Resource can then be used to support a DFS, and be used as the basis of a JORC Ore Reserve Statement, which is the ultimate techno-economic assessment of the economics of the mining project.”

David says if everything were to go flawlessly for Elementos, and the DFS is completed by the end of 2022, that would enable a final investment decision (FID) by mid- 2023. Assuming an 18-to-24-month construction process, Elementos could be producing concentrate in 2025 – into a tin market still expected to be in significant deficit. And given that the tin price should still be strongly supporting new investment – given that very little in the way of new production is expected – Cleveland could re-enter the production picture in 2026.

“Pretty much from 2020 onwards the ITA is predicting this 30,000 to 40,000 tonnes a year of tin metal deficit in the industry, widening after 2025. Our projects are taken into account in their supply forecast, and there’s still a 40,000 to 50,000 tonnes-a-year tin metal deficit when both our projects are producing. And given the forecast supply shortage in tin, which doesn’t have any natural substitutes, we definitely think the price should hold up to support investment in would class projects such as ours,” says David.