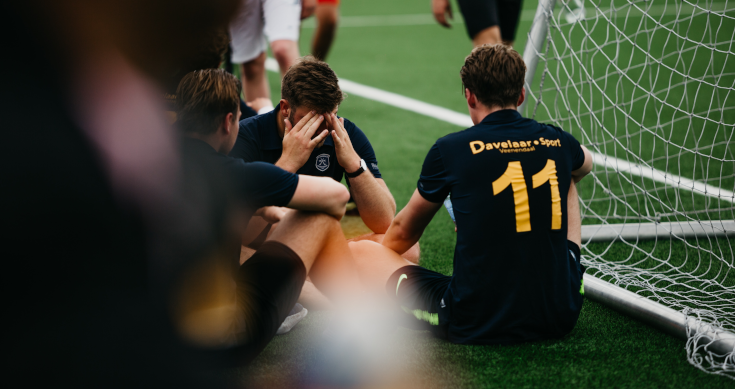 Three solid results from leading industrials Ansell, SEEK and Monadelphous yesterday. All lifted sales and earnings and rewarded shareholders after the cuts seen the previous year in the wake of the first wave of Covid and the lockdowns.

But that didn’t wash with investors now jumping at shadows called higher costs and job shortages – some of which are easily explained by the state border closures, lockdowns and continuing infections of Covid Delta, as well as the tight restrictions on our international borders.

Shares in employment services group SEEK traded flat yesterday despite a sharp rise in final dividend for the year to June.

This was driven by a strong performance from the company’s core SEEK Australia and New Zealand (ANZ) business. It saw revenue jump 40% to $541 million thanks to a small and medium enterprise (SME)-led recovery in job creation and fulfilment.

SEEK ANZ reported record ad volumes in the second half of the year amid easing COVID-19 restrictions and the rapid growth in the jobs market (which is now being impacted negatively by the latest lockdowns in NSW and Victoria).

Investors seem to miss a more positive outlook and guidance from the company which now expects 2021-22 EBITDA will be in a range of $425 million to $450 million based on assumptions that revenue will be in the range of $950 million to $1 billion.

The past year has in fact been a year of change for the company – it saw a significant sell down of its stake in Zhaopin in China and the split of its investments venture from its core job ads business under company founder Andrew Bassat.

SEEK shares hit a record high of $34.15 last month. They were 0.6% lower this afternoon at $31.30. They should have been higher, especially given how resilient the company’s core business here in Australia has proven.

Even though Ansell – which, along with Sonic Healthcare is one of the biggest listed beneficiaries of the pandemic – responded well with a sharp rise in sales, profits and dividends in the year to June 30, investors ignored all that and knocked the shares down more than 12% at one stage.

While Sonic saw revenue, earnings and payments to shareholders surge on the boom in tests and revenues that flow from those 30 million procedures around the world in the year to June, Ansell has also seen sales, profits and returns to shareholders surge from protecting as many people as possible from getting Covid and its variants.

Profit attributable to shareholders jumped 57.5% to $US246.7 million for the year to June.

CEO, Magnus Nicolin (who is about to retire) said in Tuesday’s release that “The focus for us this year has been to continue serving our customers and bringing our major capacity expansions into production despite the challenging operating environment.”

“In addition to this, we ensured that the business is well positioned for the post COVID-19 environment by continuing to invest in our sales force, customer experience, product innovation and digital capabilities.”

“We will also continue to assess share buybacks from time to time as part of our capital allocation strategy,” chairman John Bevan said in yesterday’s ASX release.

Analysts said the shortfall in earnings from the consensus estimate of $US256 million worried but the real concern was the weak outlook.

The company said that it expects demand for medical PPE to taper off as COVID-19 impacts lessen.

It also warned that disruptions to its factories and suppliers could weigh on costs.

Investors ignored the higher revenue, earnings and a final dividend to take flight at the commentary about the tight labour and costs situation that has been evident in the mining industry now for most of this year.

While it topped forecasts for revenue of $1.8 billion, the earnings outcome was under forecasts of $55 million.

That miss might have worried investors, but when combined with the concerns about costs, down went the shares, slumping more than 14% at one stage to a day’s low of $10.03. They ended a rough day at $10.09, still down 14.4%.

Despite the higher dividend it was the company’s commentary on the labour market situation in WA – especially in the iron ore sector where the company is active, especially with BHP, Rio Tinto and lately, Fortescue Metals.

“The result reflects an increased demand for the Company’s services as the industry recovered from the delays and disruptions experienced during the initial phases of COVID-19, with customers seeking to capitalise on strong commodity prices, especially in the iron ore sector,” directors said.

“With industry activity high, particularly in Western Australia, measures taken by state governments across the country to control the spread of the COVID-19 pandemic, including international and interstate border restrictions, significantly impacted the industry’s ability to source the required levels of skilled labour.

“The resultant shortfall of available skilled resources was unprecedented and resulted in labour cost and productivity pressures across the industry.”

When investors read that, down went the shares.

The company said it had gained approximately $950 million in new contracts and contract extensions across the resources, energy and infrastructure sectors since the beginning of the financial year.

“A large proportion of new work was secured in the iron ore sector, including a significant number of sustaining capital work projects with both BHP and Rio Tinto, as well as a five-year crane services contract with Fortescue Metals Group. Buildtek continued to perform strongly in Chile, securing several new contracts valued at approximately $100 million, and strengthening its position in South America.”

CEO Rob Velletri said that buoyant economic conditions forecast for the resources, energy and infrastructure sectors in coming years are expected to provide the Company with a strong pipeline of opportunities.

“While market conditions are expected to be strong, COVID-19 impacts and the skills labour shortage will continue to be a major challenge for the industry.

“Our attraction and retention initiatives, strategic approach to targeting new work and collaborative working relationships with our customers will become more important than ever”, he said.