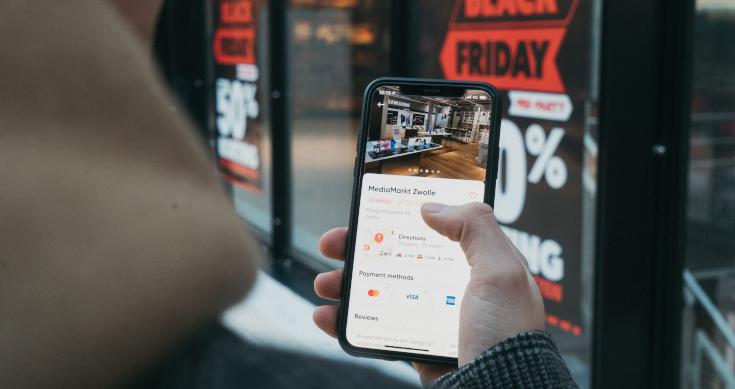 It was very much a story of two halves for Scentre Group, the country’s leading shopping mall operator.

A year ago, the giant was revealing a slide in every metric as it was consumed with surviving the pandemic and lockdowns that caused untold damage to its tenants and security holders.

That saw Scentre write down the value of its malls by a massive $4.079 billion and produce a massive statutory loss of more than $3.6 billion for the six months to June 30, 2020.

At the same time the company’s funds from operations (FFO- the best measure of income for trusts) slumped 46% as rent payments and turnover slid.

“In those locations impacted less by lockdowns, we have seen trading conditions better than those experienced in the first half of 2019,” according to Scentre CEO Peter Allen who went on to point out that the ongoing restrictions are now keeping customers away.

Funds from operations – the metric used by the property industry to measure revenue that excludes lumpy valuation movements – rose 22% to $463.4 million. That’s still well below the $672 million for the first six months of 2019.

Scentre earned a statutory profit for the six-month period of $400.4 million and will pay out a six-month distribution of 7 cent a security in line with forecasts. There was no interim payment in 2020 because of the dramatic impact of Covid on the company and the wider economy.

The market was forecasting a net profit after tax of $456.5 million.

Mr Allen said the half saw 1,515 new leasing deals completed across its Westfield malls, including 619 with new merchants. Occupancy across its stores was 98.5%.

The group also upped its rent collections, aggregating $1.2 billion from its tenants to June, compared to $875 million for the same period last year.

“The first six months has highlighted the fundamental strength of our business and its ability to rebound when restrictions ease. Whilst we are currently operating through a period of government restrictions in key markets, we are confident in the ability of our business to perform,” Mr Allen said.

But he said he was “very disappointed with the NSW and Victorian government reintroducing rent abatement for tenants, a policy that transferred value directly from one industry to another and from our security holders to retailers”.

The Group continues to target a distribution of 14 cents a security to the end of the year.

Scentre pointed out that it has available liquidity of $5.7 billion, which is enough to cover all its debt maturities to early 2024.

Kogan.com chief executive Ruslan Kogan was understating things when he described 2020-21 as a challenging year at the business in Tuesday’s annual results.

Then, natural born salesman also was probably a bit guilty of being a little too upbeat he said he believed the company had overcome its growing pains and was in a good spot for the year ahead.

It seems investors reckon there’s more pain to come for Kogan.com and its overstocked warehouses, high costs and more intense rivalry with other retailers – online and bricks and mortar.

“Over the past 18 months we have witnessed a massive swing towards the eCommerce retail revolution, one Kogan.com has been ready and waiting for, for well over a decade,”Mr Kogan said on Tuesday.

“We look forward to continuing our quest to delight our customers by making the most in-demand products and services more affordable and accessible.”

Trading for the start of 2021-22 has started out strong, he claimed on Tuesday, with gross sales up 5.1% through July and margins improving on the previous month, though costs remained high.

The first 18 days of August 2021 have seen gross sales increase 24.5% and gross profit lift 25% over the same period in July. No earnings before interest tax and depreciation and amortisation (EBITDA) figure has been provided to help with comparisons.

But there was no comparison with the same period in 2020, only with July this year which saw a sluggish performance anyway.

July’s 5.1% gain saw a fall of around 80% in EBITDA to $2.1 million which suggest margins remain under pressure from the sharply higher costs.

The company also revealed that it had inventory of $215.4 million at the end of July. This comprised $177.9 million in warehouse and $37.5 million in transit.

As a comparison, the company ended 2019-20 with inventory of $112.9 million, comprising $32.5 million in transit and $80.4 million in warehouse. That means in 2021 there’s double the inventory in its warehouses since this time last year.

So once investors had assessed the post balance date performance and confirmation of a bloated inventory and weak margins, down went the shares, especially as the 2020-21 results from online retailer were worse than expected, much worse.

The company told the market on Tuesday net profit after tax had plunged 86.8% to $3.5 million for the year due to a raft of unexpected costs.

As a result, there’s no final dividend.

These extra costs included $25 million in higher storage and marketing costs as the business was forced to heavily discount excess inventory bought with the expectation that the COVID-elevated online sales boom would continue unabated through the second half, which it didn’t as lockdowns eased and Australian consumers flocked back to bricks and mortar retailing.

There was also $7.7 million in costs incurred due to warehousing and supply chain disruptions while another $12 million was also spent acquiring more shares in New Zealand online retailer Mighty Ape.

Due to these unexpected expenses, Kogan declared it would not pay a final dividend to conserve cash and invest further in the business, leaving investors with just the 16-cent interim dividend declared in February.

What should we call that: profitless prosperity?