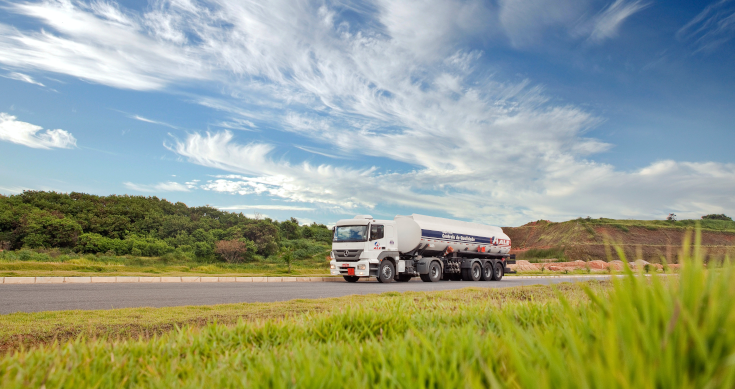 Boral might now be controlled by Kerry Stokes’ Seven Group Holdings, but that won’t stop it rewarding shareholders on top of the recently ended share buyback.

That’s despite the company omitting a final dividend in the wake of Seven Group grabbing a 70% stake in the company post balance date.

At the same time the shrinking building products group believes conditions in the Australian construction sector will continue to be soft for a while to come because of the uncertainty caused by Covid Delta and the various lockdowns in states like NSW and Victoria.

Boral reported a 6.2% dip in revenue from continuing operations for the year to June 30, but saw a 44% jump in net profit before significant items to $250.7 million.

“Subject to prevailing conditions and other reinvestment opportunities, surplus capital will be available for distribution to shareholders taking into account the availability of franking credits and the prevailing share price,” it said.

“With total proceeds of almost $4.5 billion from completed and announced divestments to date, our strategy to focus Boral on the core Australian construction materials business is well advanced,” says Boral CEO Zlatko Todorcevski.

“And following a detailed assessment of strategic options for our North American Fly Ash business, we are now entering the final stages of a divestment of this business.”

The big concern is the soft local conditions which Boral saw earlier this year.

“As we finished the last financial year there were encouraging signs of improving demand. However, the new financial year has started with early challenges as a result of pandemic-related lockdowns,” says Todorcevski.

“Construction industry temporary closures in Greater Sydney and South Australia in July 2021 had an estimated EBIT impact of around $16 million due to lost volumes and higher costs.

“Further impacts are continuing in the first quarter in Greater Sydney due to LGA closures together with restrictions in other states and the slow ramp up of activity in South Australia. At this stage the impact in the first quarter may be in the order of around $50 million.”

“We expect that FY2022 market conditions will be mixed. Infrastructure activity, particularly road construction, is expected to improve slightly in the second half of FY2022 and moving into FY2023,” says Todorcevski.

Any cash return will benefit Stokes’ Seven Group with its 70% holding.

Boral shares fell 5.5% to $6.47 – the company is of little interest to big investors anymore and won’t be until the Stokes camp decide the future of the two – Seven Group and Boral.

Both are in building and construction and having two separate companies looks unwieldy.

Like its locally-controlled rival Ampol, fuel supplier Viva Energy’s profit recovered strongly in the six months to June thanks to a combination of higher prices, higher demand for fuels, especially petrol and the first of what will be a series of payments from the Federal government over the next few years.

Viva said net earnings leapt 87% in the June half as demand overall rebounded from the first wave of the pandemic and lockdowns a year ago.

Viva, which runs the Shell-branded chain of petrol stations, reported underlying net profit after tax for the period of $112 million, up from just $24 million in the first half of 2020.

Its 120,000-barrel-a-day Geelong oil refinery had also returned to profitability, with $43 million in earnings up from a $67 million loss (as did Caltex’s Lytton refinery in Brisbane).

The board declared an interim dividend of 4.1 cent a share. It also announced the company would pay a further 6.2 cents a share to investors and conduct a $40 million on-market share buyback to return the proceeds of a real-estate investment trust divestment in 2020.

All up, Viva will return around $206 million in capital to shareholders, with its major shareholder, Vitol, the world’s biggest energy trader, in line for a 44.8% share in that, or close to $90 million.

That capital return grabbed the attention of investors and the shares steadied with a half a per cent dip to $1.955.

“Viva Energy has delivered a strong result in the first half of 2021, with improved operational and financial performance across all parts of the business,” CEO Scott Wyatt told the market in the release.

The reintroduction of lockdowns across parts of Australia including Sydney and Melbourne have clouded the outlook for the company, which now expects retail fuel volumes to be impacted for the “remained of the year”.

“While we expect the next few months to be impacted from periodic lockdowns in capital cities, I remain confident that sales will quickly recover as restrictions are relaxed and look forward to a return to more stable conditions in 2022,” he said.

After reaching a rescue deal with the Morrison government, Viva Energy and Ampol have agreed to keep Australia’s two remaining refineries open until at least mid-2027.