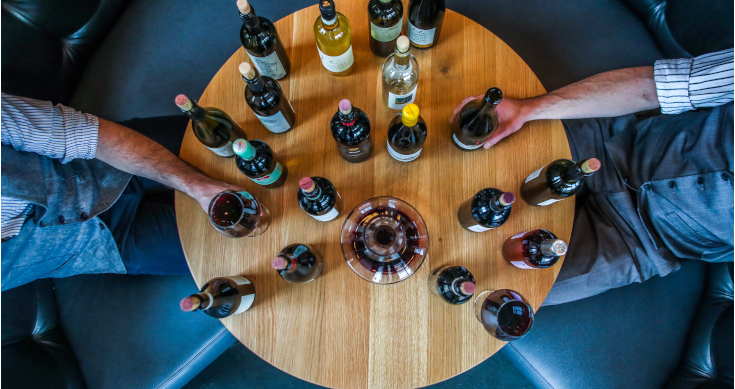 Winemaker Treasury Wine Estates (TWE) has finally shaken off the impact of the capricious tariffs on Australian wines and especially its own, from the Chinese government.

The penalty tariffs are headed for the World Trade Organisation to try and sort out, but no one really expects the Chinese to do the right thing as the government is still trying to punish Australia for standing up to China on the contentious issue of the origins of Covid.

China had been TWE’s growth market for the future as sales of its premium wines, led by the high-quality range of Penfolds reds soared up to early 2020.

Now, 18 months after the tariffs and the insults from China TWE’s 2020-21 profit beat expectations with growth restored despite losing nearly $80 million in earnings due to China’s tariffs.

Treasury said in its profit release on Thursday net profit after tax, excluding significant items and accounting standard SGARA, grew 3% to $309.6 million for the year, slightly ahead of forecasts and an improvement on last year when earnings dropped 25% as the impact of the China lockout hit hard.

Total sales at the business fell 3% to $2.5 billion but the company managed to boost margins and earnings from other markets, especially the US and Australia.

With the higher final and 15 cents a share interim, total dividends for the year will equal 2019-20’s 28 cents a share.

TWE said it had lost $77.3 million in earnings in China thanks to the tariffs, but noted this was mostly offset by growth across other regions in Asia such as Hong Kong, Singapore and Thailand. Total earnings for the region fell 15%.

Treasury’s US business performed strongly, raising its earnings by 23% to $168.3 million, thanks largely to the company’s mid-priced Premium Brands division.

Australian earnings rose 10% to $142.7 million. CEO Tim Ford said the result was a testament to Treasury’s resilience in the face of a tough year.

TWE took advantage of solid cash flows to knock $376.5m million off net debt to $1.057 million at the end of June.

“F21 was a year of both significant change and achievement for our business, with the financial results we have announced today a testament to the commitment and strength of our global teams,” he said in yesterday’s statement.

“Most pleasingly, despite a backdrop of significant external disruption, we have delivered on the priorities we set for ourselves at the start of the year, and therefore we remain very well placed to deliver on the long-term growth ambitions we set out in our TWE 2025 strategy.”

Looking to the current financial year, Mr Ford said the company would continue its focus outside of China and warned that costs would remain elevated due to the higher costs of last year’s premium vintages.

Mr Ford said that short-term impacts of COVID remained uncertain for the company with areas such as travel retail remained severely impacted by the pandemic.

When times get tough, the tough getting selling their major assets, especially when you are in a business that will be whacked from time to time by Covid, as Star Entertainment’s casinos in Sydney and southeast Queensland have been over the past 18 months.

So, after swinging back into the black in the year to June 30 with a tiny $58 million net profit, the company is now on the way to selling some or all the properties its casinos are located in and leasing them back.

The move will cheer the company’s banks who have Star under a tight hold.

As a result of that hold, Star did not declare a dividend for the second year running as the company has agreed as part of a covenant waiver with its banks to not resume shareholder payouts until its gearing falls below 2.5 times.

The company said the small profit followed a loss of $94 million in 2020, though on the metric favoured by casino companies – ’normalised profit’ (which sees the swings and roundabouts of very lucky and unlucky punters stripped out) profit fell 5% to $116 million.

The Star, which owns its Sydney casino as well as properties in Brisbane and the Gold Coast, said normalised revenue was 21 per cent lower at $1.5 billion. Its operating expenses fell 11% which helped improved its profit margin from 21% to 27.5%.

CEO Matt Bekier confirmed it was exploring the sale of minority positions in two of its properties, potentially raising hundreds of millions of dollars.

Releasing its full-year results on Thursday Star said due diligence was underway for the sale of an interest in its Treasury Brisbane building, and it had launched a formal process to sell and less back a minority holding in its flagship casino at Sydney’s Pyrmont.

While money raised from the sale and leaseback might look attractive to dividend hungry investors, the banks will get first bite (and second by insisting Star keep cash in reserve until the future of its one-time takeover target, Crown resorts, is sorted out.

If Crown’s casino licence is finally used (by it or a new owner), Star will face greater competition. That’s why it is in the process of buying the licences of 1,000 poker machines from pubs and clubs ti move to the Sydney casino.

Poker machines produce most of the steady earnings that banks like (and shareholders look at to generate dividends, so long as Covid and lockdowns don’t cause too much disruption). The Star Sydney currently has 1500 machines.