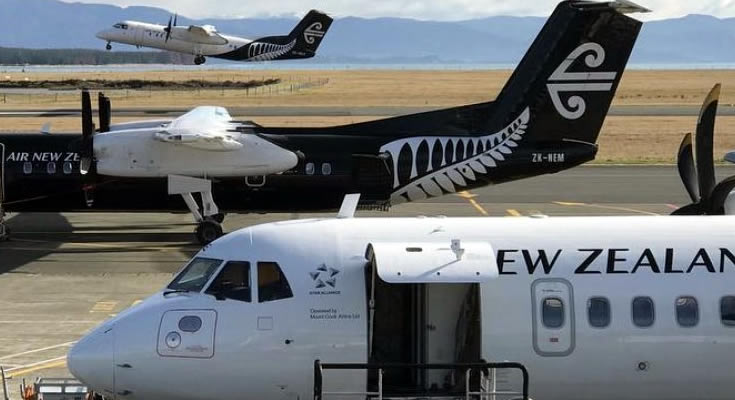 Air New Zealand remains on government provided life support after the Ardern government agreed to defer the capital raising planned for next month by at least six months to the first quarter of 2020.

In a statement to stock exchanges on both sides of the Tasman on Friday morning, the airline said the decision to defer the raising was taken after Thursday’s statement from the government detailing its new plan to reconnect the country with the rest of the world.

On April 9 this year Air New Zealand announced its intention to complete a capital raise, with components of both debt and equity, before 30 September 2021.

“This included updated vaccination rollout plans, a phased approach to reopening borders and from the first quarter of calendar 2022, a phased introduction of an individual risk- based approach to border settings that will establish various pathways of entry into the country.

“Subsequently, the Company received a letter from the Minister of Finance outlining his view that the current environment is not sufficiently certain and stable to enable the Crown to provide a firm pre-commitment to support the planned equity raise at this time.

“In this context, the Company has, in consultation with the Crown, decided to further defer its planned capital raise until the first available window in the first quarter of calendar year 2022” Air New Zealand said.

“Subject to Cabinet being satisfied with the terms of the Company’s proposed capital raise at the relevant time, the Crown has again confirmed that it will participate in an equity capital raise by purchasing the number of new shares necessary to maintain a majority shareholding,” Air New Zealand said.

Once the recapitalisation is complete, Air New Zealand said it “expects to repay all amounts drawn under the Crown Standby Facility. The Crown has confirmed to the Company that it shares this expectation.”

At the same time the planned rise in interest rates under the standby money provided by the government will not rise by 1% as planned this October.

This means that from 29 October 2021 the margin applicable to drawings under first draw down will remain at 2.50% and for the second tranche will remain at 4.00%.

The Crown Standby Facility continues to be available through to September 2023. Other commercial terms of the Crown Facility remain as outlined in the Company’s announcements on 20 March 2020 and 8

As revealed in the announcement on August 4, the Company confirmed it expects to draw down further on the Crown Standby Facility.

“This reflects the cashflow impact of the suspension of the trans-Tasman bubble, combined with upcoming planned payments relating to aircraft,” Directors said.

The August 4 statement saw Air New Zealand lift its estimated 2021-22 financial year loss by 20% to $NZ530 million from the expected loss for the year to June 30.

As a result, Air NZ said it will be forced to make a drawdown on funds from the standby facility established by the government. It has already drawn $NZ350 million from the $NZ1.5 billion facility.

Air NZ said that its June 18 forecast for the year to June, 2021 still stood with losses before other significant items and taxation expected “to be comparable to the 2021 financial year, being a loss not exceeding $450 million.”

That gives us an idea of the starting point for the size of the fund raising for the airline next year.