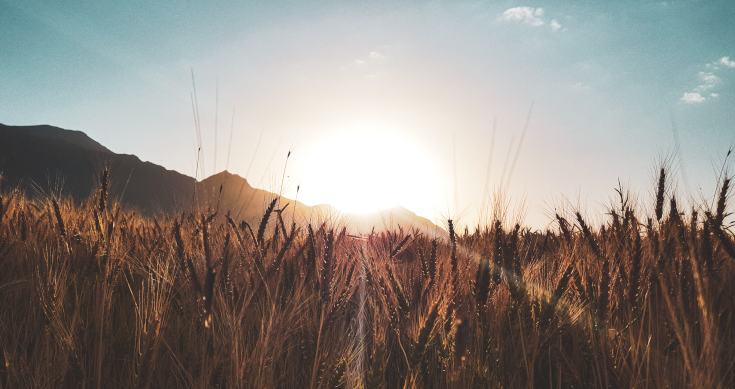 Swamped in the first significant day of the June 30 reporting season on Thursday was the second upgrade for Sydney-based grain handling group GrainCorp which for a long time was a major victim of the long drought.

But as the drought broke in 2020 and Covid spread, the outlook for GrainCorp slowly improved – a bit like the growing conditions for east coast wheat, barley, sorghum and canola over the last 18 months.

So after Thursday’s surprise news, shares in the grain handler leapt 12% to 8 year highs as the company detailed the favourable impact of good winter weather in major growing areas.

It was the second time GrainCorp has upgraded its earnings forecasts for the year to September 30 since May, thanks to the improving outlook for grain crops and exports.

Hours after GrainCor’s upgrade came the latest update for the American harvests from the US Department of Agriculture (USDA) which saw wheat prices hit a three-month high of $US7.53 a bushel on the CBOT, up 3.7% on the day.

Driving the rise were cuts to the estimates of the current Russian and Canadian wheat crops – the USDA cut its outlook for production in Russia, the world’s top exporter to 72.5 million tonnes in 2021, a 12.5 million tonne fall from last month.

The USDA also cut Canadian production by 7.5 million tonnes to 24 million tonnes. Those cuts are bullish for the Australian harvest and for GrainCorp.

Cuts are expected in the size of harvests in other European countries including Turkey, France and Spain because of the worst heat wave and fires in decades. Ukraine is now forecast to produce a record 33.0 million tonnes on increased area and higher yields on harvest results to date.

The USDA said the 1.5 million tonne rise in Australian production was due to “continued abundant precipitation (which) has benefited crop conditions.”

And that was the message from the update from GrainCorp.

“We are pleased to upgrade our FY21 earnings guidance, which reflects the strong performance of our east coast Australian (ECA) grains business, following the bumper 2020/21 harvest,” CEO Robert Spurway said in the stateent.

GrainCorp said it now expects to see total exports this year at the higher end of previous expectations of 7 million to 8 million metric tonnes.

Mr Spurway confirmed GrainCorp is preparing for the upcoming winter harvest with a strong maintenance and capital investment program. He noted that total FY21 capex was expected to be approximately $55 million, including approximately $50 million of sustaining capex.

He also confirmed that this increase, relative to the Company’s sustaining capex target of $35-45 million, is due to the additional storage capacity and other upgrades to the ECA network being made in preparation for another large crop in FY22.

The USDA has just confirmed that.